'Go home and stay home.' But also exercise. How do we do that?

Prime Minister Justin Trudeau told Canadians to "go home and stay home." Public health officials say it's okay to go out and exercise. Other local leaders are advising everyone keep 2 metres apart. We clear up some of the confusion.

The message from Prime Minister Justin Trudeau this week was clear:

But public health officials have also been advising Canadians trying to follow that advice, that they can — and even should — get outside daily for some exercise.

The government of Canada website about coronavirus says, as long as you stay two metres from others, you can "go outside for some fresh air, a run, a bike ride, or to walk the dog."

But then came the images of the crowded seawall in Vancouver last Friday. The Vancouver Park Board closed all public outdoor recreation facilities within its parks and beaches because of a lack of compliance with social distancing rules.

Ontario closed its provincial parks over the weekend because they were too crowded.

And on Tuesday, Parks Canada closed vehicle access to its parks, saying in a statement, "High visitation levels have occurred in a number of parks leading to public safety and health concerns, as well as increased risk of transmission of the COVID-19 virus."

So in this time of social distancing, what is permitted in terms of going outside and getting some exercise. How much? How often? With whom?

We'll try to clear up some confusion.

First, just an important note: this story applies to people who are symptom-free, have not recently travelled internationally, and have not been in contact with someone who has been diagnosed with COVID-19.

This article is for people practising social distancing (or what some are now calling physical distancing).

Under social distancing guidelines, you can go out for groceries and other necessities. You may also go out for some exercise.

But there are no clear guidelines across every province around where you can go, what you can do, or for how long.

"We know what we're not supposed to do," said Dr. Isaac Bogoch, an infectious diseases specialist at the University of Toronto.

"We wouldn't get into a group of people to go for a jog together." But he says with one other person, be it the person you live with or even a friend, as long as you keep that two-metre distance from each other, you're OK.

"As long as there is no contact, as long as you maintain a two metre distance... I don't see why that would be an issue."

"Even friends who live in different houses are exposed to different people," he said. "And so their risk of having the infection is going to be very different than someone who's living at home with you." So, it's safer to exercise with someone you live with.

How far can you go?

In the past week, France tightened its rules around going out for exercise, ordering people to go out alone, within one kilometre of home, for a maximum of one hour, once a day.

Chagla doesn't believe such a strict order is necessary in Canada, but he understands the thinking behind it.

"I don't think there should be a limit on physically how many times you need to be outdoors," he said, "But I think, you know, being close to home or at least knowing the routes you're going [to take] is probably reasonable."

He says if you are going for a run, for example, map out the route in your head. Make sure you will be able to keep that distance between yourself and others — maybe be able to cross over to the other side of the street, or run on someone's lawn to avoid being too close with a stranger.

Can you play soccer or basketball with friends?

Toronto's medical officer of health, Dr. Eileen de Villa, has been clear: "Playing soccer, basketball or other team sports with friends is not social distancing," she said during a briefing Tuesday.

No disagreement from the infectious disease specialists. 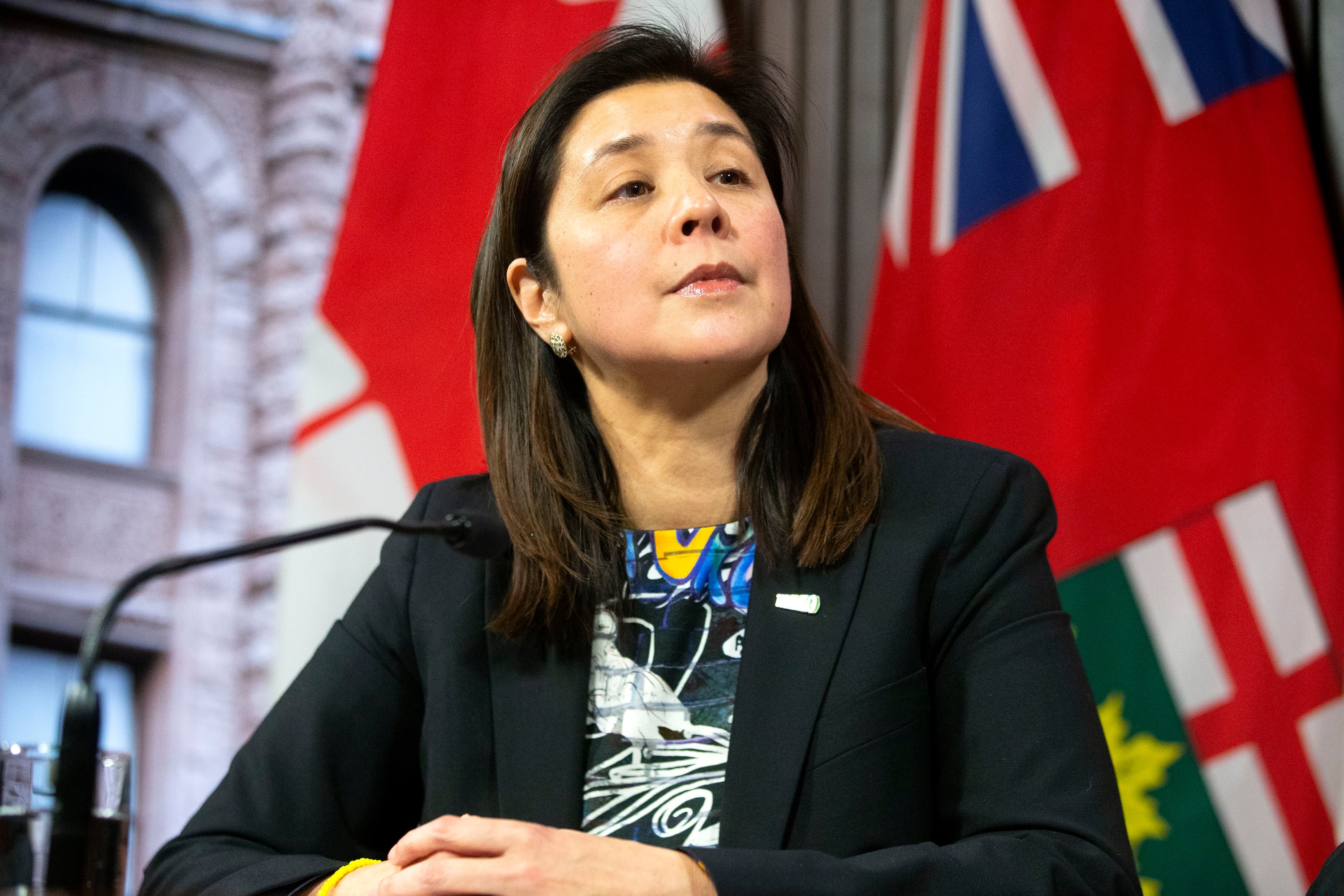 10 months agoVideo
0:51
Toronto's medical health officer, Dr. Eileen de Villa, explains what is and is not social distancing when it comes to exercise. 0:51

What about the playground?

You and the kids are out for a walk (maintaining social distancing, of course) and you notice the playground is all but deserted. The kids can go burn off some energy, right?

"A playground has surfaces and you've got different kids who could be climbing over all those different surfaces," he said. And even if it's empty now, that's irrelevant. 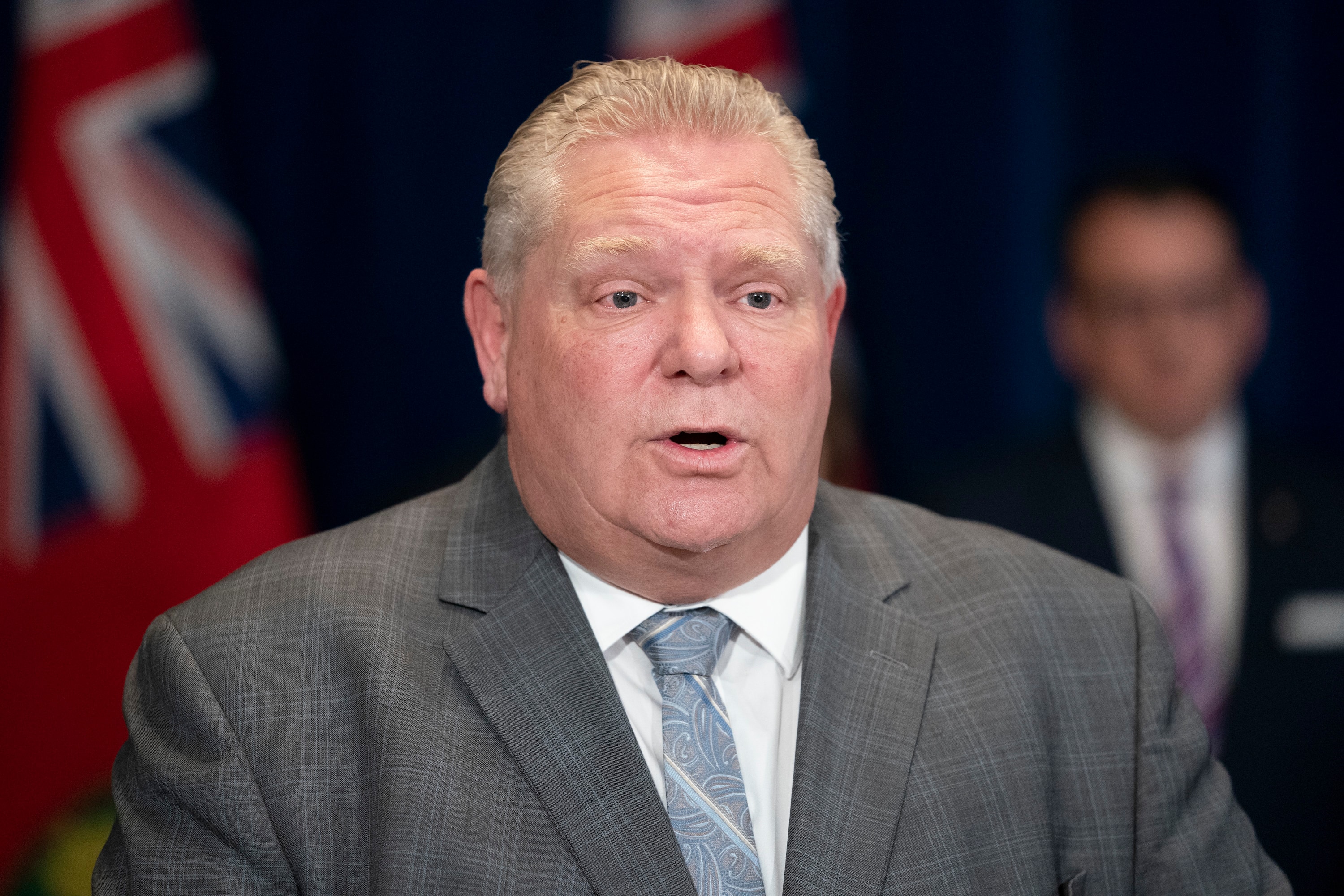 10 months agoVideo
0:49
Ontario Premier Doug Ford says he couldn't believe it when he saw parks full of kids on the weekend. 0:49

There have been questions raised about the safety of going outside for exercise if it involves constantly taking an elevator down to a common area like a lobby and opening a door shared by other residents.

Chagla says it can be done safely, by being extremely careful about washing your hands after you touch the elevator button or the doorknob. And he has another suggestion to limit exposure.

Is it best just to forego exercise?

There is a great deal of mental health research that shows that even a small amount of daily exercise can do wonders for a person's mental health.

"I think we're all feeling a little bit stressed in these stressful times," said Dr. David Gratzer, a psychiatrist affiliated with the Centre for Addiction and Mental Health in Toronto. "Something that appears over and over when one talks about mental health and exercise is that some level of exercise is better than none."

But he stresses that exercise doesn't have to mean going outside, if that has you worried.

"There's a [Toronto] Raptor who's been talking about his exercise regimen during social isolation indoors."

Gratzer agrees it's important to make sure you get some kind of daily activity, especially right now while people are staying home more, staying indoors, not seeing friends or extended family.

"Particularly cardiovascular exercise, that seems to be helpful for us both in terms of reducing stress, Also in terms of treating and preventing major mental illness like major depressive disorder."

And Gratzer says people should also be mindful that in times of stress, people can also develop major mental illness, though it is rare.

"And so when your child feels really overwhelmed and suicidal or your adult cousin feels the same way, that's a medical emergency, whether or not there's a pandemic. And you should seek out medical care, such as through an emergency department."