'It plays to our worst fears': Coronavirus misinformation fuelled by social media

Social media has completely changed the way in which information about a disease outbreak travels around the world and experts say it’s not for the better.

This is an excerpt from Second Opinion, a weekly roundup of eclectic and under-the-radar health and medical science news emailed to subscribers every Saturday morning. If you haven't subscribed yet, you can do that by clicking here.

People collapsing in the streets of Wuhan, coverups of unreported deaths and travellers "escaping" quarantine in China at risk of spreading the coronavirus.

If you've been following the outbreak on social media, you may have seen some, or more, of these types of claims.

But the truth is, they're completely unverified – and in most cases, flat out untrue.

Social media has completely changed the way in which information about a disease outbreak travels around the world and experts say it's not for the better.

"When there's a lack of information and there's fear, rumours come in to fill that gap," said Alfred Hermida, professor and director of the journalism program at the University of British Columbia.

"The reason people are sharing this is because they're trying to make sense of what is a really complicated situation and also something that is potentially worrying. The danger is that it spins out of control, because fear then takes over."

Hermida began tracking the rate at which information about the coronavirus has been shared on Twitter since coverage of the outbreak began late last month.

What he found was that there was little traffic around hashtags related to the coronavirus until Tuesday, the day the first U.S. case was reported, when the volume of tweets spiked.

"Fear is a very powerful motivator here," he said. "It's very easy to weaponize and for most people, it's very hard to figure out if something you see on social media is true or not.

"It plays to our worst fears."

One incident occurred Thursday morning, with the story of a traveller who reportedly "escaped" Wuhan and was heading to Toronto. The traveller was flagged to Toronto Pearson International Airport on Twitter as someone who should be quarantined.

"This guy who escaped from Wuhan yesterday will be arrived at Toronto from Guangzhou today," one Twitter user wrote. "Please quarantine him."

The official account for the airport responded publicly, adding legitimacy to the claim and raising important privacy concerns. The information was also reportedly shared with border officials.

"Thank you for letting us know!!" the response read. "We will share this information with Canada Immigration."

For York University sociology professor Fuyuki Kurasawa, the tweet from an official source like the airport was troubling.

"I haven't seen anything like that and it seems to me to be a violation of that traveller's privacy, basic human rights and their right to be considered for fair treatment upon arriving at the Canadian border," he said.

"I don't know if the person who was responsible for the Twitter account at Pearson Airport was aware of the potential violation of that person's human rights or civil liberties, but it certainly seems to be a case that's highly problematic."

In a statement to CBC News, a spokesperson for the Greater Toronto Airports Authority said that it's not uncommon for the airport to receive information that needs to be reviewed to maintain passenger and employee safety.

"The information had been shared widely on social media and blogging platforms before being sent to our account," Robin Smith said of the tweet.

"The safety of passengers and employees is our top priority, and a response was posted to maintain transparency with concerned members of the public."

The responses from other Twitter users were indeed concerning.

"For God's sake keep him away from us!!!!" one Twitter user wrote.

"We need to quarantine everyone on that flight!!" another wrote.

But amid the panic, there was a clear lack of understanding of the nature of this coronavirus and the measures in place to prevent the spread of the illness.

For one, it's not known how quickly this coronavirus spreads from person to person, or if it does so at a high rate.

Symptoms may also not present initially and, if this person did in fact leave Wuhan, they would have presumably done so before the quarantine of the city or after a comprehensive exit screening at the airport there.

Other outlandish claims include reports that China's 5G wireless network could help spread the illness, or that nicotine could cure it.

"Anything that's health-related, the challenge online is that it's so emotional," said Ramona Pringle, director of the Creative Innovation Studio at Ryerson University.

"It speaks to our primal instincts about survival that people panic, people have an emotional reaction to it." 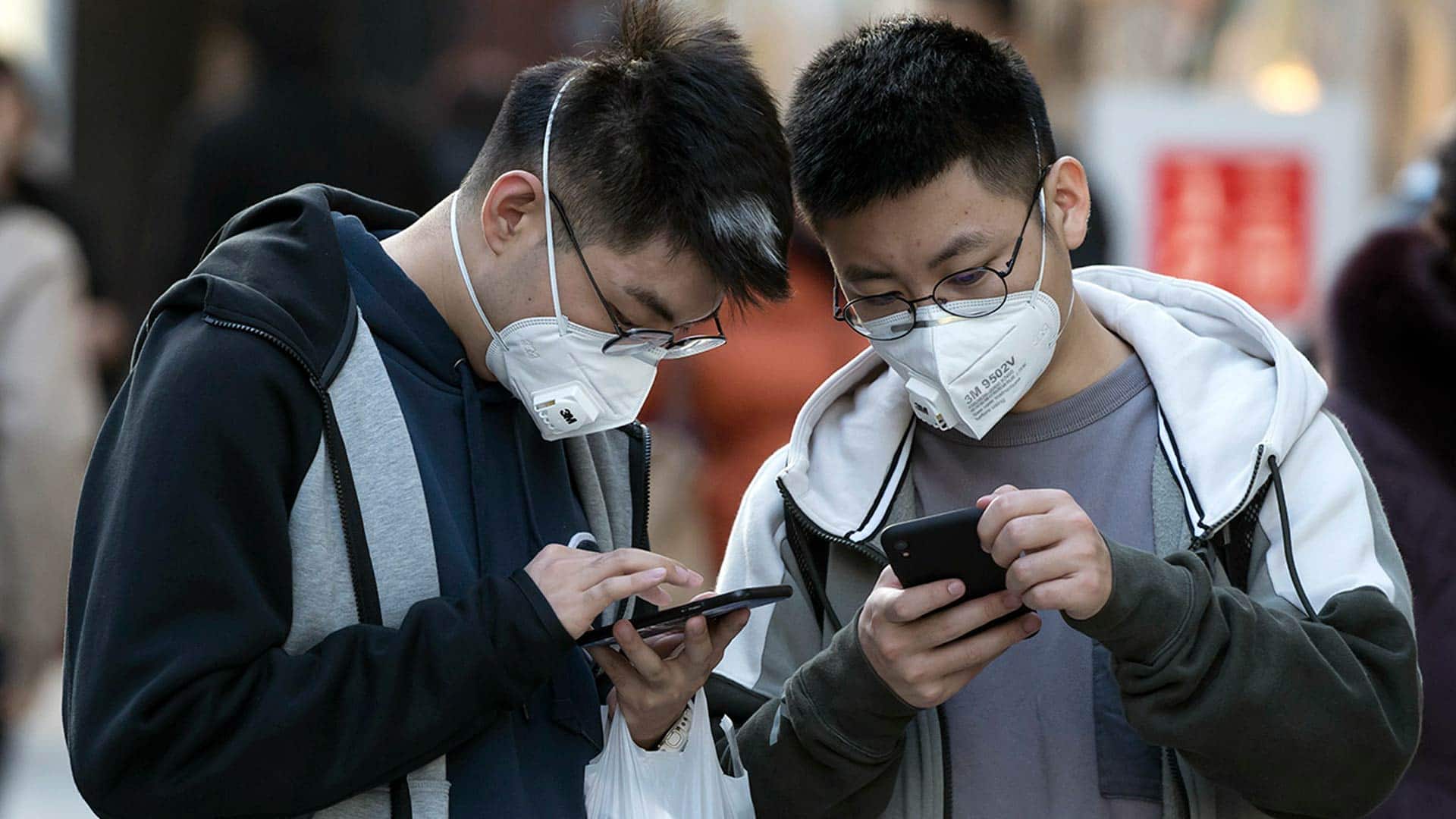 1 year agoVideo
2:09
Officials are reminding people to get information about coronavirus from credible sources after large amounts of misinformation about the illness was spread on social media. 2:09

Pringle said a pattern with misinformation that goes viral is that the verified and accurate information never gets the same traction online.

"Maybe people end up seeing it, but if they see it, they're not sharing it. They're not spreading it, unfortunately."

False alarm in the Philippines

An example of this was a tweet that had huge engagement on Monday.

"WHY IS NO ONE TALKING ABOUT THE #CORONAVIRUS AND HOW IT HAS ALREADY CLAIMED 4 LIVES," a Twitter user wrote.

"AND THERE's THIS CHINESE KID IN CEBU WHO HAS THE VIRUS AND HOW THE VIRUS IS CONTAGIOUS BETWEEN HUMANS."

Cebu, a province in the Philippines, has not had any cases of the illness to date.

Hours later, the same user clarified that the illness may not be the same as the coronavirus outbreak that originated in China, but that tweet was only retweeted five times.

Kurasawa, at York University in Toronto, says social media can amplify the fear that people have during an outbreak and decrease their ability to filter inaccurate information.

That can lead to a type of "vigilantism," where people share personal information online, like in the case of the tweet the airport responded to, or confront them in the real world.

"So you can imagine quickly that there would be targeting of people from specific ethnic or racial groups as a result of this, as potential carriers of a particular in this case of coronavirus," he said. "And that's very worrisome."

Kurasawa said he lived in Toronto during the 2003 SARS epidemic, and saw this type of racial profiling firsthand.

"I was with a friend of mine who is Korean-Canadian and she happened to have a cold. She was coughing, and we were on the subway," he said.

"And we literally had people who jumped out of their seats, got angry at her for being on the subway, said something and then jumped right out of the subway car as soon as it got to the next stop."

Former prime ministers Paul Martin and Jean Chrétien publicly ate at restaurants in Toronto's Chinatown during the height of the SARS epidemic to dissuade Canadians from this type of thinking.

This irrational fear and racist behaviour is nothing recent, but Kurasawa said it could easily happen again with the current outbreak.

"That's the concern I think that a lot of people are having."