COVID-19 vaccines are an 'astonishing' feat, but they won't end pandemic overnight

While the arrival of two COVID-19 vaccines in recent weeks has provided hope of an end to the pandemic, the harsh reality is that the number of cases and hospitalizations in Canada has never been worse.

Prime minister warns 'fight' against virus is far from over

While the arrival of two COVID-19 vaccines in recent weeks has provided hope of an end to the pandemic, the harsh reality is that the number of cases and hospitalizations in Canada has never been worse.

COVID-19 hospitalizations and ICU admissions across the country have risen higher this month than at any point in the pandemic. Deaths haven't been this high since May.

Ontario has hit a trend of more than 2,000 cases per day for the first time. Quebec has almost 1,000 COVID-19 patients in hospital. Alberta reported its highest number of deaths in a single day. B.C. currently has more than 10,000 active cases.

Almost a year after the coronavirus emerged, despite everything we've learned about COVID-19 and the fact that our health-care system is once again at risk of being overwhelmed, statistics such as these don't appear to have the same impact they once did.

"We have so many numbers thrown at us all the time and I think people have become a little bit numb to them," said Ashleigh Tuite, an infectious disease epidemiologist and assistant professor at the University of Toronto's Dalla Lana School of Public Health.

"The numbers are overwhelming to people and I think it's hard for [the figures] to remain meaningful, because they just keep going up."

WATCH: Trudeau on why many Canadians aren't listening to pandemic messaging

Trudeau is asked why many Canadians aren't listening to pandemic messaging

It could be many months before the impact of the vaccines is felt — and they won't immediately put a stop to a virus that has been spreading unchecked in communities for the better part of a year.

That's why politicians and public health officials have been pleading with Canadians to continue to follow guidelines and avoid gathering during the holiday season.

"A vaccine in a week or in a month won't help you if you get COVID-19 today," Prime Minister Justin Trudeau said during a national address on Friday. "We're coming into the final miles of this crisis and we can't give up now."

There's been a disconnect between the public health guidance and the source of infections, but it's not exactly clear where.

Long-term care homes, essential workers and low-income, racialized communities continue to be hit disproportionately hard by COVID-19 across the country, but we still have no idea where many people are becoming infected — more than a third of our total COVID-19 cases transmitted are from an unknown source.

If not for the arrival of the vaccines, many observers say they would have trouble seeing an end to the pandemic.

"I can't imagine where we'd be if we had to go through another year of this," said Dr. David Naylor, who led the federal inquiry into Canada's national response to the 2003 SARS epidemic and now co-chairs the federal government's COVID-19 immunity task force.

Helen Branswell, one of the top infectious disease journalists in the world, calls the arrival of the vaccines "extraordinary."

"It's astonishing that 11 months after the posting online of the [genetic] sequence of the new virus, that vaccines were designed and tested all the way through Phase 3, and were produced and are starting to be used," said Branswell, a former health reporter at The Canadian Press who joined STAT in 2015.

In time, she hopes the vaccines will "make a significant dent," but acknowledges it could be many months before we return to some semblance of normal.

The initial vaccine doses may make for good photo ops, but they won't put an immediate stop to the virus.

The only point at which we'll see a "rapid difference" in rates of hospitalization and death, he said, is when health-care workers and long-term care residents are widely vaccinated across the country.

Canada will receive a combined total of six million doses of the Pfizer/BioNTech and Moderna and COVID-19 vaccines, pending approval of the latter, and distribute them to a total of three million Canadians in the first quarter of 2021.

"I would hope that as we get going through the first quarter, with another 2.75 million Canadians immunized, that we'll get somewhere," Naylor said. "But the real turn from the standpoint of broad community spread is going to come when we do that second wave [of vaccinations] through April, May, June."

Naylor said that even with a total of three million Canadians successfully immunized with the two-dose vaccines in the first stage of Canada's vaccine rollout plan, we're still left with "daunting" numbers.

WATCH: Trudeau updates Canadians on the number of vaccine doses expected to arrive soon in Canada 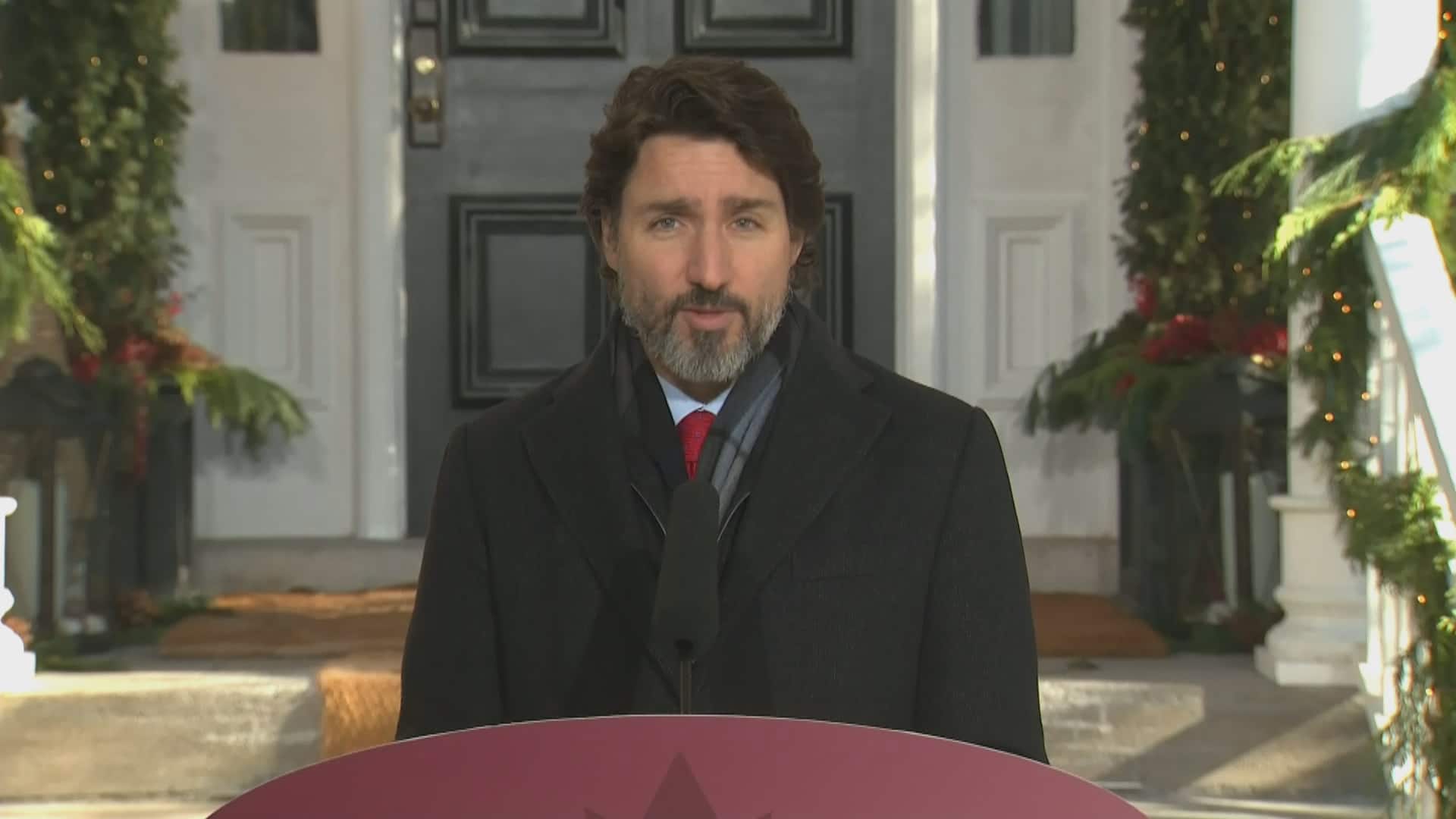 "To get to a level where you slow this down, you need to vaccinate about 20 million Canadians minimum," he said. "That's 400,000 shots a day for three months solid, seven days a week — that's a massive task."

"I'm very optimistic that we're going to see this thing slow in the summer, meaningfully, and that we will be breathing more easily in the fall," he said. "But I think we've got a tough few months ahead."

Branswell said it remains to be seen whether the vaccines provide long-lasting immunity and whether or not they block infection and transmission of COVID-19, or if they merely protect people from developing symptoms.

"We have to see how these vaccines work in people, even though they were highly efficacious in the trials. What you see in a trial is typically not what you get in widespread use — effectiveness in the real world is generally lower. But in the main I'm very hopeful," she said.

"I just hope people can sort of understand that just because there are vaccines doesn't mean you don't need to be cautious in the time going forward."

Trudeau echoed those comments on Friday.

"We need to take this very seriously as numbers head in the wrong direction," he said. "Our fight against this virus is not over."