Parents should encourage children under 18 to limit the time they spend talking on cellphones, Health Canada says in new advice on mobile phone usage. 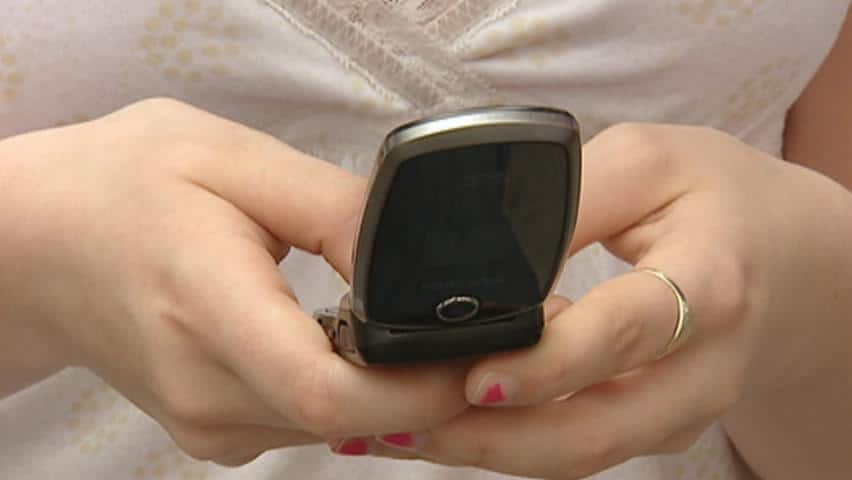 Parents should encourage children under 18 to limit the time they spend talking on cellphones, Health Canada said Tuesday in new advice on mobile phone usage.

The guidance is a nuanced change from previous advice, which suggested that people could limit their use of cellphones if they were concerned about an unproven suggestion the devices increase one's risk of developing brain cancer.

"Really it's more proactive in encouraging cellphone users to find ways to limit their exposure, and … to empower parents to make healthy choices to reduce their children's exposure," explained James McNamee, division chief for health effects and assessments in Health Canada's bureau of consumer and clinical radiation protection.

The new advice, a response to a World Health Organization report issued in May, reminds people they can reduce their exposure to radio-frequency energy by limiting the length of their cellphone calls and substituting text messages or chats on hands-free devices in the place of phone-to-ear cellphone calls.

Radio-frequency energy is the type of radiation emitted by cellphones. It's also given off by AM-FM radios and TV broadcast signals.

Canadians own and use an estimated 24 million cellphones. Worldwide it is estimated that five billion people owned cellphones in 2010.

There have long been questions as to whether the devices increase a user's risk of developing brain cancer. Despite the fact that dozens of studies have looked at the question, there is no clear answer.

But a statement issued in late May by the International Agency for Research on Cancer — the cancer arm of the WHO —classified cellphones as a category 2B risk, meaning the agency acknowledged mobile phones are possibly carcinogenic to people. McNamee sat on the panel that took the decision.

Health Canada says the data suggesting the link is far from conclusive and more research is needed.

Will you follow Health Canada's advice? Take our survey.

But in light of the shift, the department decided it should tweak its advice on cellphone use, especially as it relates to children.

"We want to make people aware that there is some uncertainty in the science, particularly for children. Because there have been no long-term studies, or very, very few long-term studies with children," McNamee said.

Still, the department isn't advocating set limits or changing the safety regulations for cellphones. In fact, an industry spokesperson interpreted the statement as little change from the status quo.

"It would be a slight shift in messaging, I suppose, but I believe that the updated information from Health Canada is simply a reminder to Canadians about the state of science on this topic, and any steps that individuals, and their children, can take," Marc Choma, director of communications for the Canadian Wireless Telecommunications Association, said by email.

"I think Health Canada is reiterating that, to date, the science has not shown a link between cellphone use and health concerns, but that more research is recommended. The industry has always supported any calls for continued research that is deemed necessary by the international scientific community."

Health Canada did not appear to want to hit the message too hard.

McNamee objected to the suggestion the department was "urging" parents to restrict cellphone use by their kids. The tone the department is trying to set is more accurately reflected by the word "encouraging," he suggested.

"It's not urging. Cellphones can certainly be beneficial for parents and for children. And they're a convenience."

"Not much has changed," McNamee added. "The advice to Canadians is largely the same. The science hasn't really changed. Health Canada's just being a little more proactive on this, in a nutshell."