Research by Centre for Addiction and Mental Health indicates rise in reports of loneliness, depression, alcohol consumption during COVID-19 outbreak. 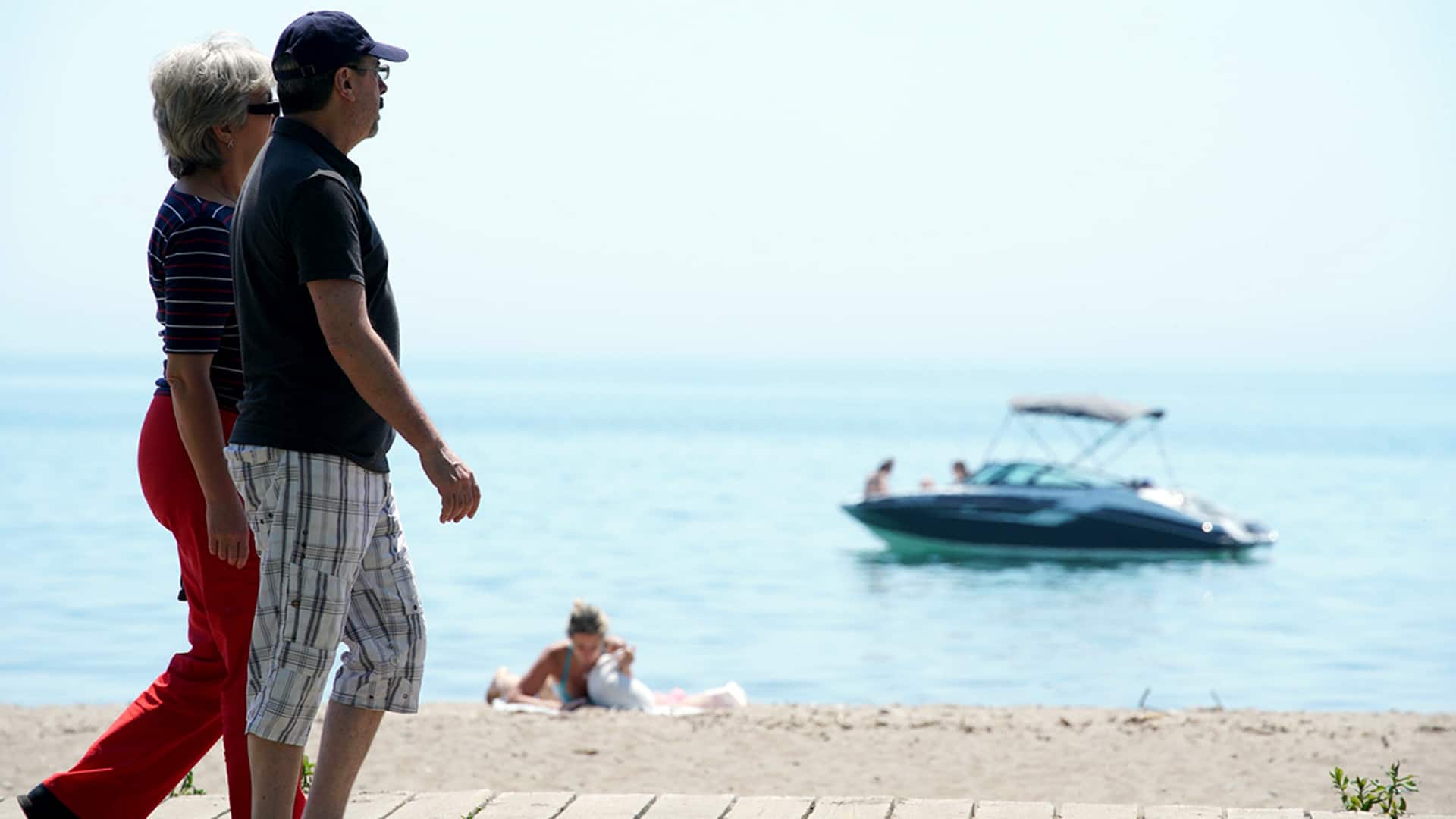 9 months ago
2:03
A new survey on mental health and the COVID-19 pandemic suggests severe anxiety levels are starting to drop, but Canadians are still struggling with stress and uncertainty as the pandemic continues. 2:03

Findings from a new survey by Toronto's Centre for Addiction and Mental Health (CAMH) indicate the pandemic has had a significant impact on the mental health of Canadians.

"What's unique about this pandemic is it affects everyone," says Samantha Wells, senior director of the Institute for Mental Health Policy Research at CAMH.

"It's pervasive and everyone is being affected in some way, shape or form."

The study sampled more than 2,000 Canadians — about half in early May and the other half in late May — and asked a series of questions to determine the effects of the pandemic on mental health. It was a collaboration between CAMH and Delvinia, a global research technology company.

The online survey included English-speaking Canadians aged 18 and older, reflecting the distribution of the Canadian population in terms of age, gender and region. (The survey has a comparable margin of error of plus-or-minus 3.1 percentage points, 19 times out of 20.)

It found that 20 per cent of Canadians surveyed say they have been experiencing loneliness during the pandemic. One in five also reported feeling moderate to severe levels of anxiety, due to factors such as job loss and fear of contracting the virus.

Stacy Ann Buchanan, a Toronto actress, filmmaker and mental health advocate, has experienced the study's findings first-hand. She has struggled with anxiety most of her life, and knows how difficult it can be to deal with.

"Everything was spiralling out of control and I couldn't control what was happening to my body and to my mind," she says.

Buchanan says the feelings brought on by the stress and isolation of the pandemic in recent weeks triggered a spike in her anxiety.

"It's feeling overwhelmed and also feeling like I'm not being productive," says Buchanan. "And realizing, OK, this is not just happening to me, this is collective."

CAMH staff were particularly surprised, however, by one result in the survey. When the second group was surveyed two weeks after the first sampling, the percentage of people saying they were anxious dropped by four per centage points — from 25.5 per cent in early May, to 21.5 per cent towards the end of that month. It was a small change, but one that researchers classify as significant.

"The explanation we're coming up with now is it's possible that people are really adjusting to the pandemic," Wells says.

"They're getting used to, for example, going grocery shopping with their masks on, and they're getting more relaxed and less stressed."

The study also questioned Canadians on patterns of binge drinking and whether they had been drinking more alcohol during the pandemic outbreak, as well as about feelings of depression. Approximately 24 per cent of the respondents said they were drinking more than usual , and 20 per cent reported feeling more depressed.

Of those saying they were feeling depressed, the numbers were slightly higher among younger people between the ages of 18 and 39, and those with children under the age of 18 at home.

Those variables remained at essentially the same level among respondents throughout the entire survey period, and researchers stress that this data alone indicates Canadians are continuing to feel serious mental health effects as a result of this pandemic.

"Canadians are experiencing a tremendous amount of stress and anxiety," says Wells. "They may have lost their job due to the pandemic, they may be caring for children at home while also balancing work responsibilities, and they're socially isolated right now."

At a time when the vast majority of Canadians have been isolating at home, 23 per cent of those surveyed said they were experiencing loneliness at least three days every week.

That number remained unchanged between the first group of respondents in early May and the second in late May. Younger people between the ages of 18 and 24 felt the highest degree of loneliness at 28 per cent, versus a lower percentage of 22 per cent for adults between the ages of 40 and 59.

When people were questioned further, researchers found changes in mental health were connected to life changes during the pandemic.

"We're also finding significant associations of these feelings of anxiety and loneliness with people who've lost their jobs during the pandemic, with people who are worried that they themselves or someone in their family will contract COVID-19. Those people are especially likely to experience depression, loneliness and anxiety," CAMH's Wells says.

She adds that CAMH jumped at the opportunity to gather this data with Delvinia in order to ascertain how this unprecedented event is affecting the mental health of Canadians. The goal is to use the knowledge for future programming at the hospital, as well as to brace health care providers for what may come should a second wave of the virus hit this country.

"We may be facing a mental health crisis," Wells says. "We don't know what will come next. But certainly, if there is another wave of this pandemic, there's a lot to be concerned about in terms of the mental health of Canadians."

That's why Wells argues it's essential to gather as much information as possible about the ways Canadians are feeling.

"Our goal in this was to collaborate with CAMH so they could track mental health issues during the pandemic and make the data available to health care professionals," adds Adam Froman, founder and CEO of Delvinia.

For her part, Buchanan is trying her best to take the advice she's previously shared with others on her social media accounts, and in a documentary about mental health issues in the Black community she produced in 2015 about how to manage anxiety. She's practicing self care, and trying to be mindful of her symptoms.

"I started walking with my baby girl and journaling," says Buchanan. "It also helped that I've taken social media breaks and haven't watched the news as often as before."

The survey's findings will be posted on the hospital's website on June 17 alongside tools and resources for anyone who is feeling vulnerable. CAMH also plans to conduct at least four more similar surveys to continue monitoring the mental health of Canadians during the COVID-19 pandemic.