A cancer in women with textured breast implants is more widespread than previously believed, raising questions for patients and physicians about continuing to describe it as "rare."

Cases of lymphoma related to Biocell breast implant doubled since May

A cancer in women with textured breast implants is more widespread than previously believed, raising questions for patients and physicians about continuing to describe it as "rare."

As of Dec. 20, 2019, Health Canada said it had received 106 reports describing "breast implant-associated anaplastic large cell lymphoma (BIA-ALCL)," including both confirmed and suspected cases. Of those, 52 were received since May 28, 2019.

That's double the 26 confirmed Canadian cases the regulator said it had received before last May.

"Two incident reports received after May 28, 2019 cite the outcome of death suspected to be associated with BIA-ALCL but those have yet to be confirmed," Health Canada said in an email in response to questions from CBC News.

Health Canada describes BIA-ALCL on its website as "a serious but rare" type of non-Hodgkin's lymphoma (a cancer that affects the immune system) that may develop many months or years after a breast implant procedure.

On May 28, 2019, the agency officially banned the sale and import of Biocell macrotextured breast implants produced by the company Allergan, due to an increased risk of BIA-ALCL associated with their use.

Karen Malkin-Lazarovitz, 45, of Montreal had a preventative double mastectomy because she has a BRCA2 mutation that increases the risk of ovarian and breast cancer. A surgeon then rebuilt her breasts using Biocell textured implants.

I think the numbers that we're getting from Health Canada are really scary, even worldwide, because they're changing so quickly.- Dr. Julia Khanna, plastic surgeon

"I removed my healthy breasts to not get cancer when I started hearing murmuring that these textured implants are dangerous," Malkin-Lazarovitz said. "I knew from that moment I didn't want them anymore."

In May, Health Canada estimated the risk of developing BIA-ALCL is about one in 3,500. The estimate is a rough one given there's no centralized system to track the number of confirmed cases or implanted patients.

Dr. Julia Khanna, a plastic surgeon in Oakville, Ont., first started using textured implants in her practice in 1999 and stopped using them in 2016. Since last May, Khanna's been inundated with calls from patients looking for information.

"I think the numbers that we're getting from Health Canada are really scary, even worldwide, because they're changing so quickly," Khanna said.

Watch: Woman who had implants removed appalled by surgeon's advice 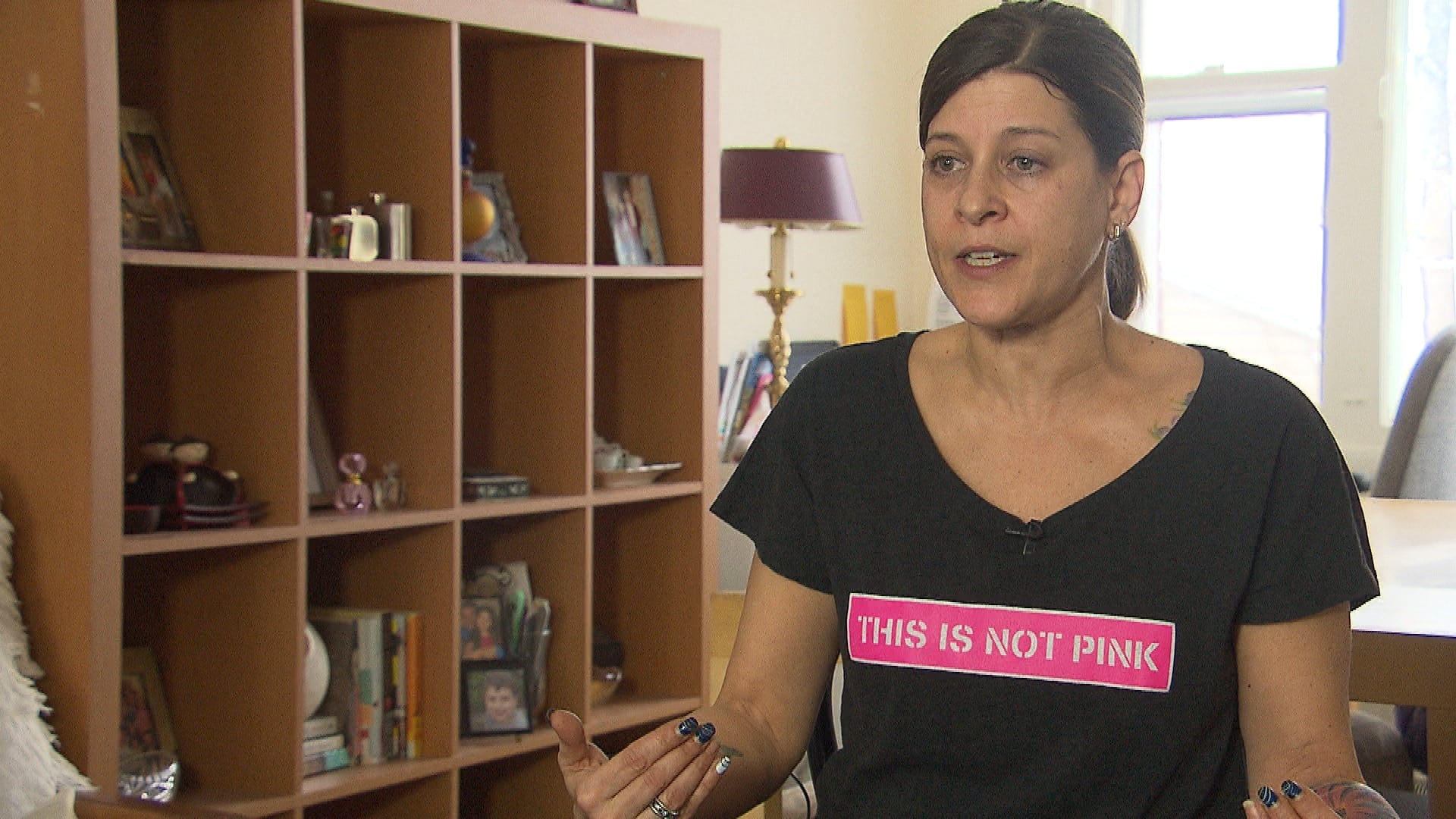 Woman who had implants removed appalled by surgeon's advice

Dr. Peter Cordeiro, a reconstructive breast surgeon at Memorial Sloan Kettering Cancer Center in New York, estimated from his patients that the cancer was 10 times more prevalent that the official statistics.

Cordeiro reviewed the files of every textured implant patient he'd operated on since 1992.

"What's been the experience of 3,546 patients?" Cordeira said at the 1st World Consensus Conference on BIA-ALCL in Rome last October. "Ten now have BIA-ALCL. I've submitted this data for publication, but I can tell you, I've had one more patient since."

At the same conference, Dr. Mark Clemens, an associate professor of plastic surgery at the University of Texas MD Anderson Cancer Center, titled his talk "Key Concepts on an Uncommon and Emerging Malignancy."

"You notice I'm using a different word choice than you're used to hearing about this disease. Usually rare, extremely rare," Clemens said. "Instead, I think that we need to start referring to this as uncommon and an emerging malignancy." Clemens disclosed that he was a consultant to Allergan up until 2015.

Cordeiro and Clemens were not available for interviews.

'No way to diagnose cancer'

Terri McGregor, 55, of North Bay, Ont., had eight rounds of chemotherapy after she was diagnosed with BIA-ALCL in 2015 and continues to receive follow-up for a secondary cancer. A routine mammogram at age 50 had ruptured her Biocell textured implants, which surgeons had to remove along with scar tissue, called the capsule.

McGregor attended the conference and is concerned about the consequences of describing BIA-ALCL as rare.

"We have women in Canada presenting symptoms to their physician, and the physician is telling them that they don't have cancer and … that they should get on with their lives because of the word rare," McGregor said.

"What I will tell you is, [for] every single diagnosed woman I know there was a little bit of luck involved in that she landed at the right time and right place — and that is no way to diagnose cancer."

Despite the growing number of cases, Health Canada and surgeons warn patients against removing textured implants unless they've tested positive for cancer because the removals are so risky.

Khanna said no medical organization in the world recommends removing the capsule, the natural scar tissue that forms around the implant, because it's not a benign procedure and carries risk such as bleeding from major blood vessels.

Malkin-Lazarovitz had a terrible rash and itchiness for about a year that she believes were connected to the implants. She had the implants removed four months ago.

Health Canada said the new total could be revised downward, as it includes unconfirmed reports of lymphoma, and there could be double counting reports linked to a single patient.

Last year, a joint investigation by CBC News, Radio-Canada, the Toronto Star and the Washington-based International Consortium of Investigative Journalists found that deaths and serious injuries potentially tied to breast implants and other medical devices are underreported in many countries, including Canada.

With files from CBC's Vik Adhopia and Valérie Ouellet