Canadian women with textured breast implants now banned by Health Canada over links to a rare form of lymphoma have to decide whether the cost of having them removed outweighs the risk of leaving them in.

Dona Murphy was finally feeling relieved. Eight years after being diagnosed with breast cancer and having a mastectomy, her oncologist declared her cancer-free.

Then in November, she received a couriered letter from the hospital where she had her surgery, delivering some shocking news: The breast implant used during her reconstruction was now banned by Health Canada.

Last May, Health Canada pulled a type of textured breast implant off the market, following a joint investigation by CBC News, Radio-Canada, the Toronto Star and the Washington-based International Consortium of Investigative Journalists.

The product — specifically macro-textured Biocell implants, made by Allergan — has been linked to a rare form of lymphoma known as breast-implant-associated anaplastic large cell lymphoma, or BIA-ALCL.

As of the end of 2019, Health Canada says it received reports of 106 cases of this cancer in Canada — both confirmed and suspected — three times the number it previously reported. The agency says there have been two deaths suspected to be associated with BIA-ALCL.

Regulators in both Canada and the U.S. don't recommend that women with the implants have them removed because the cancer is so rare. But they say women should check with their doctor if they have any symptoms, which include pain and swelling.

Paying for peace of mind?

While Murphy has no symptoms from her textured implant, she wants the device removed from her body. But the Ontario government has said that if the implant doesn't affect her health, it's up to her to pay to have it taken out.

"I can't imagine why any woman would want to have it in them if there's a potential — no matter how small — of causing cancer," she said.

Patricia Mailman has two textured implants, put in after undergoing a double mastectomy in Halifax as part of her cancer treatment. When she found out about the ban, she too immediately wanted her implants replaced with non-textured ones.

She doesn't have $10,000 needed to pay a plastic surgeon to have the explant done, she said, so she's on a waiting list to have the Nova Scotia government pay, because the implants are causing her pain.

"We didn't ask for the cancer in the first place, so we didn't really ask for this either," Mailman said.

Textured breast implants were used in thousands of procedures in Canada beginning in 2006, with the pebble-like surface intended to act as a kind of Velcro, preventing the implant from sliding on the chest well.

The medical community started linking some breast implants to cancer in 2011.

BIA-ALCL is not breast cancer, but rather lymphoma that grows in the scar tissue surrounding the breast. It grows slowly and can usually be successfully treated by surgically removing the implants.

Dr. Michael Weinberg, a plastic surgeon in Toronto, estimates he's implanted about 100 pairs of textured implants. Now because of the ban, he says some of his former patients are scared, worried and asking for his advice.

"They are very emotional and I completely understand how they feel really badly," he said.

Weinberg cautions that removing implants is a significant operation, both in terms of medical risks, as well as cosmetically.

The risks of implant removal include:

"You can't guarantee when the implant is under the muscle that you'll be able to take the whole capsule out," said Weinberg, or the surrounding scar tissue that can stick to the ribs.

Still, for some women, the thought of possibly developing cancer is a worse risk.

Murphy is scheduled to have her implant removed in March, paying for it out of her own pocket. But, she points out, that's something a lot of women can't afford to do. 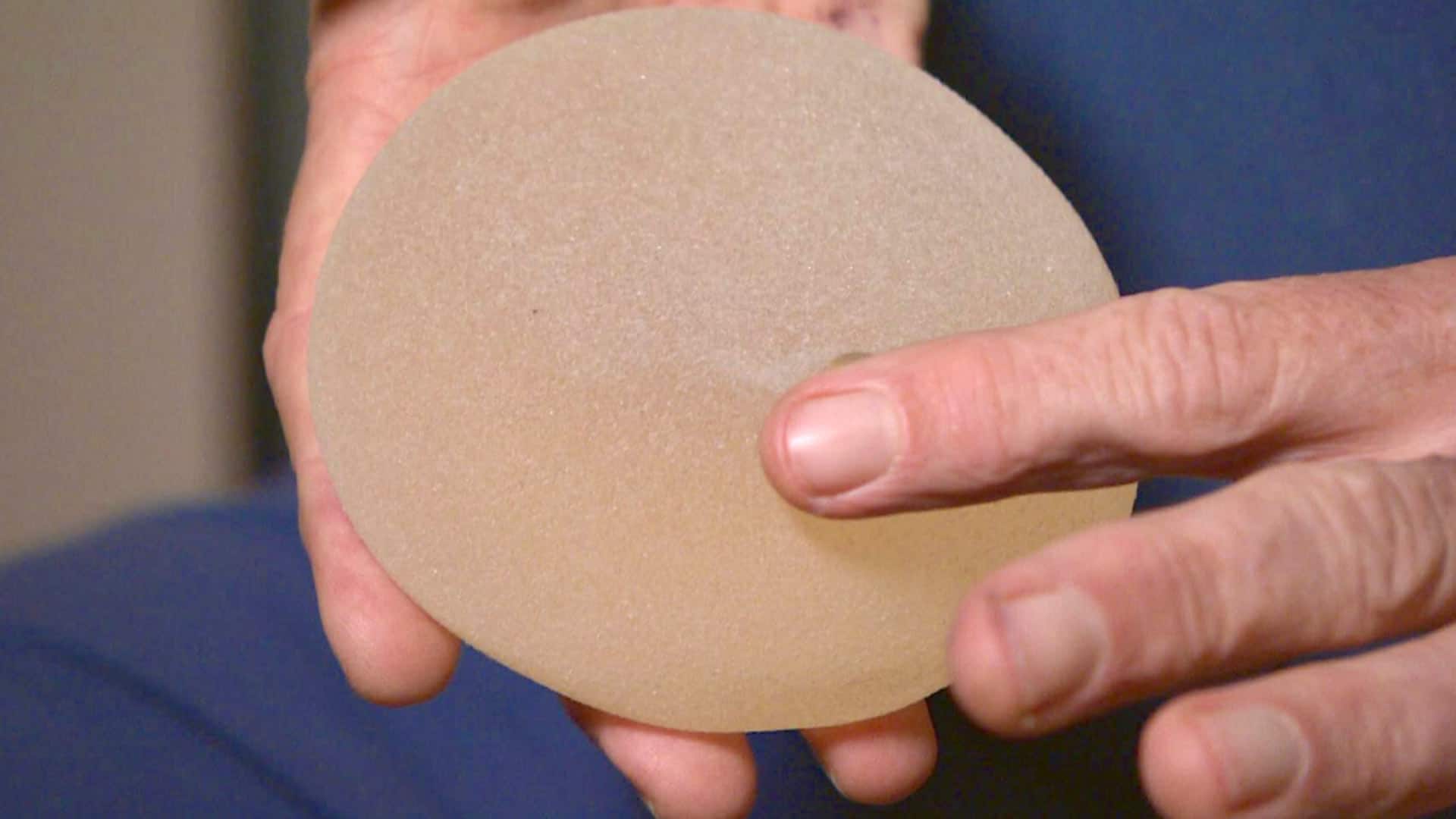 1 year agoVideo
2:19
Cancer survivors are faced with difficult decisions months after textured implants were banned because of a rare cancer risk. The women must decide if the risks and costs of having implants removed outweigh the risk of leaving them in. 2:19