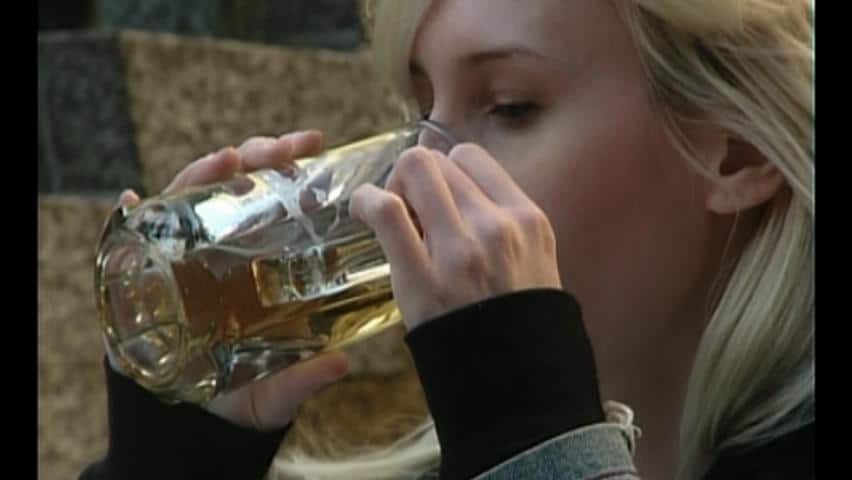 Women who drink three to six alcoholic drinks per week face a small increased risk of breast cancer, but that isn’t enough of an increase to advise them to stop drinking, a researcher says.

The study looked at amounts of alcohol consumption and frequency among 105, 986 nurses in the U.S. who were followed for nearly 30 years.

"If there's a 50 year old woman, her risk of breast cancer would increase by 15 per cent with a level of alcohol consumption of three to six drinks per week," said study author Dr. Wendy Chen of Brigham and Women's Hospital and Harvard Medical School in Boston.

Women who had one drink a day saw their 10-year risk of developing breast cancer rise from 2.8 per cent to 3.5 per cent.

The risk rose with the amount consumed, going up to four per cent for women who have two or more drinks a day. It made no difference whether the women drank liquor, beer and wine.

During the follow-up period, there were 7,690 cases of invasive breast cancer diagnosed among the study participants, the researchers reported in Tuesday’s issue of the Journal of the American Medical Association.

The researchers also found that binge drinking, but not frequency of drinking, was associated with breast cancer risk.

"No one should feel guilty about one particular week or two," Chen said of drinking heavily during week-long vacations but rarely drink otherwise.

Is alcohol good or bad for your health?

A dizzying array of research suggests alcohol can have both good and bad effects, but making sense of such studies all comes down to who you are and how much you drink.

The Canadian Public Health Association (CPHA) concludes that while studies have shown alcohol has some health benefits, their scope is limited. In effect, the harmful effects of alcohol "on the body as well as on society far outweigh the good."

The Ottawa-based association stresses that women are particularly vulnerable to the harmful effects of alcohol, for various reasons: their generally lower body weight and less water in the body compared with men means they can't safely drink the same amount, and drinking during pregnancy and while breastfeeding can harm the fetus or baby.

The researchers took into account other cancer risk factors, including age of menstruation and menopause, family history, weight and smoking, and still found a link with alcohol.

Each woman needs to weigh the modest risks of light to moderate alcohol use on breast cancer development against the beneficial effects on cardiovascular disease to make her personal choice, taking into account her individual risk factors, the study's authors concluded.

There are no data showing that giving up moderate drinking will reduce breast cancer risk, Dr. Steven Narod of Women's college Research Institute in Toronto said in a journal editorial.

"Once they got over two drinks a day, I think the consensus would be that it might be advisable to reduce alcohol consumption both for reducing the risk of breast cancer and they might realize other health benefits as well," Narod said.

The risks linked with alcohol are much lower than those associated with smoking and lung cancer, noted cancer researcher Jo Freudenheim.

The study "doesn't change the picture; it just brings it into a little sharper focus," said Freudenheim, head of social and preventive medicine at the University at Buffalo.

Since the study was observational and alcohol use was not randomly assigned to women, the researchers were unable to tell if there is a cause-and-effect relationship with breast cancer.

As for why alcohol seems to increase breast cancer risk, other studies point to hormone estrogen.

Women who consume more alcohol have higher estrogen levels on average than teetotalers, and in the lab, alcohol seems to influence the sensitivity of tissues to estrogen, Chen said.

Tamara Rigby-Funke’s mother survived estrogen-based cancer and said tries to do her best to avoid the disease.

"I probably would change," the Toronto woman said, adding she has one drink or less a week.

The study was funded by U.S. National Institutes of Health.

With files from CBC's Melanie Glanz and The Associated Press