People with mild to moderate hypertension may not benefit from taking high blood pressure medications as thought, say doctors who urge people not to stop taking the drugs suddenly. 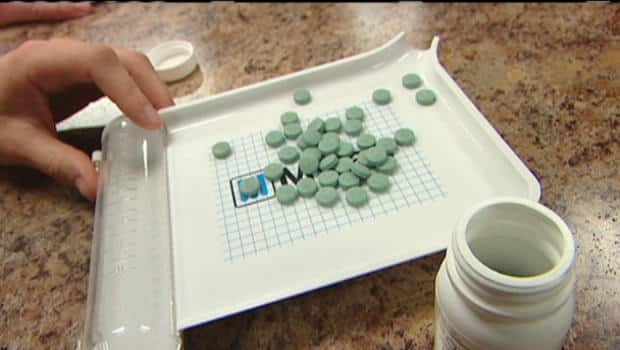 People with mild to moderate hypertension may not benefit from taking high blood pressure medications as thought, say physicians who urge people not to stop taking the drugs without talking to their doctors.

About 19 per cent of Canadians aged 20 to 79, roughly 4.6 million people, had hypertension and about 80 per cent of them were being treated with antihypertensive drugs, Statistics Canada reported last year.

In Wednesday's issue of the Journal of the American Medical Association, U.S. researchers looked at whether use of one class of blood pressure medications, beta blockers, was associated with a lower risk of cardiovascular death, nonfatal heart attack or nonfatal stroke. It wasn't.

"Among patients enrolled in the international REACH registry, beta-blocker use was not associated with a lower event rate of cardiovascular events at 44-month follow-up, even among patients with prior history of [myocardial infarction]" or heart attack, Dr. Sripal Bangalore of the NYU Langone Medical Center in New York and his co-authors concluded.

The researchers analyzed data from about 44,000 patients. Of these, 31 per cent had a heart attack before, 27 per cent had coronary artery disease and 42 per cent had heart disease risk factors only.

Bangalore cautioned patients against stopping beta blockers on their own. "You might be on a beta blocker for the right reason."

Beta blockers remain extremely helpful for patients coming into hospital with a heart attacks and for those with heart failure, he added.

Since the study was based on observational data, cause-and-effect relationships can't be determined and some other factor that wasn't measured could be playing a role.

Bangalore's team lacked information on the type of beta blockers, type of heart attack or prior use of the medications.

A recent Canadian-led review of randomized controlled trials on antihypertensives in general published in the Cochrane Database of Systematic Reviews came to similar conclusions.

When Dr. Jim Wright of the University of British Columbia and his co-authors analyzed data on 8,912 people who were treated for four to five years compared with placebo, they found no decline in mortality in people with mild hypertension —defined as having systolic blood pressure of 140 to 150 mm Hg, diastolic blood pressure of 90 to 99 mm Hg or both — who had no symptoms.

"Our review showed that we don't have evidence that the benefits of drug treatment outweigh the harms," said Wright, who has a blood pressure clinic in Vancouver and was speaking from a Cochrane Collaboration meeting in Auckland, New Zealand.

"It is likely that many such patients given this information would choose non drug treatments for hypertension (e.g. diet, exercise, stress management, etc.) rather than drug therapy," the reviewers wrote.

The findings disagree with hypertension guideline recommendations in Canada, the U.S. and Europe that recommend treating all adults with a blood pressure greater than 140/90 mm Hg.

Most doctors have been treating people with mild hypertension based on "false confidence" that it was based on evidence from randomized controlled trials, the gold standard type of medical research, the reviewers said.

About nine per cent of people participating in the trials withdrew over side-effects.

Medicines for high blood pressure cause the body to change and stopping them suddenly can raise the blood pressure. If some antihypertensive medications are stopped suddenly, the withdrawal effects can sometimes be fatal, according to New York City's Weill Cornell Medical College's website.

The REACH Registry was sponsored by Sanofi-Aventis, Bristol-Myers Squibb, and the Waksman Foundation in Tokyo.