Does the thought of getting a flu shot scare you? You're not alone: About 25 per cent of adults are afraid of needles. But that type of avoidance behaviour can have some huge consequences on public health.

Needle phobia keeps many from getting the annual flu shot. Here's why that fear needs to be addressed.

Getting a flu shot each year is something that's easy to avoid — you're too busy, don't often get sick or generally don't go out of your way to receive a jab in the arm.

But for some, that avoidance is for a reason they might not want to readily admit: They are afraid of needles.

While a fear of needles may be most typically associated with children getting their pre-kindergarten immunizations — children in Canada receive about a dozen vaccinations before the age of six — a recent study shows that 25 per cent of adults are afraid of needles, too.

And for seven per cent of adults, it is their main reason for avoiding the annual flu shot.

With the flu season upon us, doctors are urging Canadians to get their shots, to protect against an illness that causes 3,500 deaths in the country each year.

But only a little over one-third of Canadian adults got the vaccination during the 2016-2017 flu season.

"Most adults who are afraid [of needles] stay under the radar," said Anna Taddio, a professor of pharmacy at the University of Toronto and a senior associate scientist at Sick Kids hospital. "They don't talk about it, but their avoidance behaviour has an impact on their health care."

It can also have some potentially huge consequences on public health.

Avoidance of vaccines can lead to greater transmission of illnesses or pathogens in the community, the postponing of blood tests can lead to diagnosis delays, people may dodge dental work until a crisis happens, or they may refuse to donate blood — all due to a fear of needles.

At first glance, 48-year-old Dennis Gillis doesn't seem like someone who would have a needle phobia. But the engineer, longtime runner and father of three has lived since childhood with a fear of needles, which is formally known as trypanophobia.

"Something [traumatic] happened when I was four or five years old, and needles have been a source of huge anxiety since," said Gillis. "I even used to pass out."

That fear has made the Halifax man avoid flu shots for decades, and his blood work requisitions have been collecting dust.

According to Taddio, a traumatic experience between the ages of four and eight is "the typical scenario behind a fear of needles."

Taddio, an expert in children's pain, is currently leading an interdisciplinary team studying pain management during vaccination. She recently received a $1 million grant to support her ongoing research into how to reduce fear of needles in youth.

Much of the research on the memory of pain and trauma explores how fears can develop in childhood, and get reinforced in adulthood through behaviours like avoidance.

"What avoidance does, in the long term, is to fuel the fear and makes it worse. Most adults with needle fear can link it to a bad childhood experience," said Dr. Melanie Noel, a psychologist and assistant professor at the University of Calgary whose research is focused on children's anxiety and memories of pain.

"Research shows that when you are scared of something, like needles, it will increase the pain you feel. The pain becomes worse in your memory than it was during the procedure."

But if that pain is managed properly, she said "you are more likely to buffer the negative memories, and create less scary memories."

The importance of pain-management tools

Although almost all scientific literature about the prevention and management of needle phobia involves children, Noel says there is no reason to think that topical creams and anxiety-control methods, such as relaxation, meditation and distraction, couldn't help adults too. The research has simply not been done yet.

Many barriers stand in the way of convincing people of the importance of managing needle-related pain and anxiety, Noel said.

"The societal view is that it is just a little poke, suck it up. There is an expectation that adults should just deal with it," she said. "But most did not acquire any tools when they were kids, so now that they have control and agency, they avoid needles."

"I have been accused of creating a generation of wimps," said Dr. Christine Chambers, a clinical psychologist and professor at Dalhousie University, who has done extensive work in the field of pediatric pain, including around needles specifically.

Chambers was the driving force behind the "It Doesn't Have to Hurt" campaign, which launched in 2013 with a goal of improving pain management for children.

Chambers is currently collecting data on coping strategies used by adults during needle procedures to fill what she says is a gap in the research.

"There is a difference between managing pain and fear," she said, noting that already-available solutions often aren't used.

"Once a person develops pathological anxiety, pain management strategies will stop working. There are treatments for needle phobia, too, but few people realize it can be treated."

While some patients fear the pain, others fear the needle itself, says Taddio, who suggests that the phobia should be addressed head on.

"The best way to approach someone is to ask: 'What exactly are you afraid of?'" she said. "To treat people with dignity, offer them some control over the procedure, and make the whole experience more pleasant to gain their trust back."

Noel suggests health-care providers can do three things — before, during and after  an injection — to help with needle anxiety.

"Offer relaxation, to give the tools [they need] to feel in control. Manage the pain, to help with the pain experienced and buffer the scary memories. And reframe the memory by asking positively focused questions, showing the control the person had [at the time] and catching exaggeration," she said.

Slow, deep breathing, the use of guided imagery (such as visualizing a happy place), and distraction tools (like playing a game on a smartphone) are all simple techniques that can help decrease the anxiety and pain associated with a needle procedure.

Parents also can guide their children through some of those techniques, using props like pinwheels, bubbles, books and tablets.

Need techniques to overcome your fear of needles? This psychologist shows you a few options: 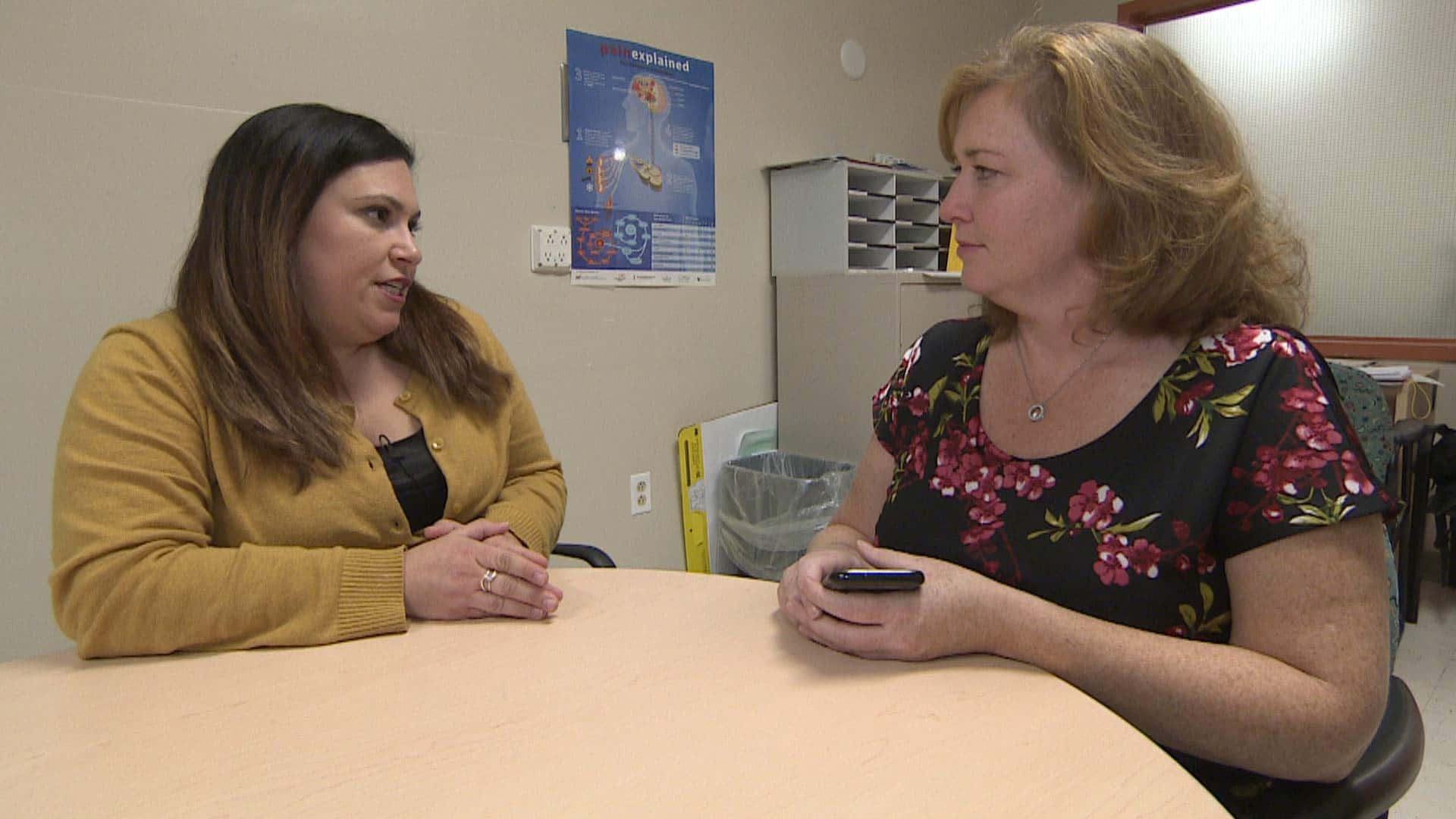 Psychologist demonstrates techniques to overcome your fear of needles

After all, pain and trauma-free needle experiences in childhood, combined with education on coping strategies, will go a long way toward helping future generations not be afraid of getting their necessary shots later in life.

As for Gillis, he said "mindfulness meditation, counting and focusing on my breathing" is what best helps him when it comes to needles. "I can now get annual blood work and a flu shot without passing out."

Becoming a father has also changed his priorities, he said, as he realized he had to get over his fear so he could stay healthy for his children.

"I used to wake up to people panicking around me because I had passed out — not prepared to help, calling 911," Gillis said. "But no one ever asked me: 'Are you afraid of needles?'"

Situations like that only fed his anxiety, he said, making it worse for the next time he faced a needle.

As with many medical issues, prevention is often the best medicine.

Dr. Marie-Claude Grégoire is a pediatrician with sub-specialty training in pediatric pain and palliative medicine. She completed her medical training at Université de Montréal before moving to Halifax for her clinical and research fellowship, and is currently an assistant professor at Dalhousie University. Marie-Claude is currently a 2018-2019 Fellow in Global Journalism at the Munk School of Global Affairs.