A baby boy has been born using a "three parent" technique that combines DNA from three individuals, researchers report. 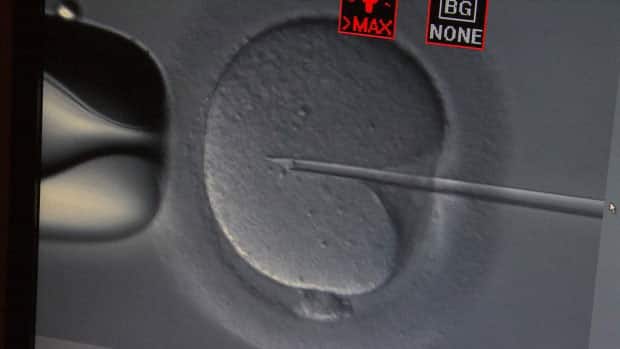 4 years agoVideo
2:25
A five-month-old boy is the first baby to be born using a controversial technique involving DNA from three individuals 2:25

A baby boy has been born using a "three parent" technique that combines DNA from three individuals, researchers report.

The now-five-month-old was born to Jordanian parents, carried by a 36-year-old mother who had four pregnancy losses and two deceased children who had Leigh syndrome.

Leigh syndrome is a fatal disorder that breaks down the central nervous system, resulting in loss of motor skills and mental ability.

The gene for the disease is found in DNA in the mitochondria, the powerhouse of a cell that provides energy. Mitochondrial DNA is inherited only from the mother.

It was fertilized with the father's sperm.

Huang says he was "so excited" by the birth and what it could mean for other patients.

"They're so desperate. You feel hopeless for those people. You want to help them, but you don't know how to do it. So when I see this success story ... I think, that's great."

The procedure resulted in the first live birth of a boy following spindle nuclear transfer, the researchers said in a summary published by the journal. Scientists plan to make a fuller presentation at a meeting next month.

So far, everything seems perfect with the baby, who was born in New York City, Huang said. The baby's health will be closely monitored.

The technique is not approved in the United States, but Zhang told the magazine: "To save lives is the ethical thing to do."

This particular procedure would violate a Canadian law, said Dr. Neal Sondheimer, a physician at SickKids Hospital in Toronto who researches mitochondrial mutations in diseases.

"I think we need to reflect on the original intent of the law passed in 2004 governing reproductive cloning to see if it still fits, in light of the ability to do this procedure and to allow people to have healthy children," Sondheimer said.

An earlier technique from the 1990s involved adding healthy mitochondria from a donor to an affected woman's egg. Dozens of children were born, but many still developed genetic disorders and the procedure was stopped.

With files from CBC's Vik Adhopia and The Associated Press