Chanteuse and pianist Beatrice Martin, aka Coeur de Pirate, talks about the inspiration for her second album, the highs of touring and French artists finding success outside Quebec. 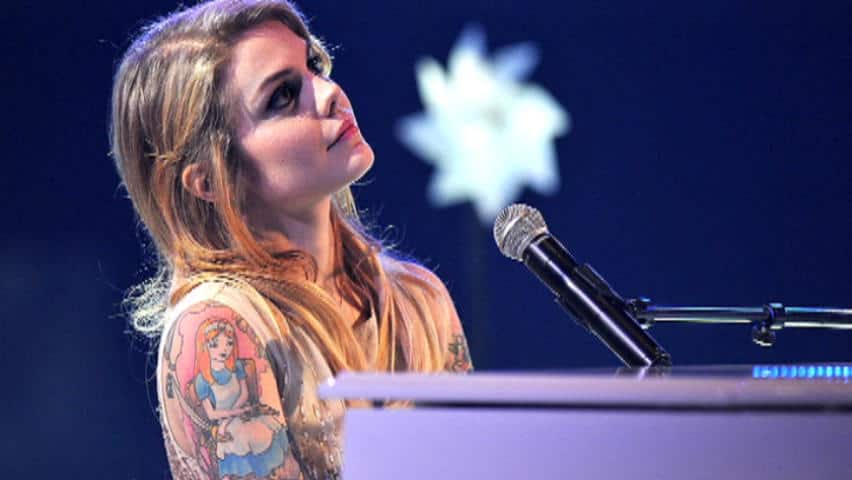 9 years ago
8:12
Montreal chanteuse and pianist Beatrice Martin, who performs as Coeur de Pirate, tells Radio-Canada's Kevin Sweet about the significance of her sophomore album's title, coming off the highs of touring her debut album and the growing success of French-language artists outside of Quebec. 8:12

Since releasing her self-titled debut abum in 2008, pop chanteuse and pianist Coeur de Pirate has been at the centre of a whirlwind of concerts, international touring, promotion, award shows and, finally, songwriting for a new album.

The Montreal singer, born Beatrice Martin, is now back with her sophomore release, Blonde. It's an album that speaks to the different relationships — romantic and otherwise — she experienced in the past few momentous years.

Though she had garnered acclaim and a French-speaking fan base with 2008's Coeur de Pirate, the singer was playing a few folk festivals across Canada this summer when she discovered — to her delight — that her music had crossed over.

"Most of these kids don't even know French. I had them come up to me and say 'We really like what we do. We learned how to translate your songs because we're so into them,'" she told Radio-Canada's Kevin Sweet.

Martin recalled being just a teen when French-language indie rock band Malajube released its 2004 debut Le Compte complet and thinking "French music is cool now. I can do this too, this is actually interesting," she said.

"There was this huge wave of people starting to sing in French. [They were] actually starting their own bands and importing whatever they were listening to and making that into their own, while singing in French. I think that is great. That's what I'm doing, too. I'm not gonna lie: I have tons of inspiration and I'm just trying to put them all together and do it in French because it is a beautiful language."