A growing protest is urging consumers to #GrabYourWallet and boycott Trump products, including presidential hopeful and patriarch Donald Trump's brand and that of daughter Ivanka, who has arguably been the most influential family member during the current election campaign.

'I can vote with my wallet:' Participants shun Trump products and retailers who carry them

An eye-catching shoe piques your interest and draws you in. Upon closer inspection, the label leaps out at you — Ivanka Trump, in simple gold lettering — and you recoil as if stung.

That's the kind of reaction behind a growing boycott of the products emblazoned with the brand of Republican presidential nominee Donald Trump as well as the popular, working women-targeted fashion line from his eldest daughter — who has arguably been his most influential and effective family member during the current election campaign.

"I've actually been keeping a collection of the physical responses people are describing to encountering her products… and a lot of them are physical: the word recoil is used quite a bit. Flinching. Running in the other direction. Feeling as if they'd just touched fire in fact, or spiders."

After recent revelations about Trump's past boasting about groping women, the subsequent emergence of sexual assault and harassment allegations and his campaign's attempt to address the overall scandal, Coulter couldn't stand idle — especially because it invoked memories of her own experience being the target of sexually predatory behaviour at work.

Though she described the Ivanka Trump line, which has reportedly garnered revenues of $100 million US in the last fiscal year, as "cute," Coulter concluded she "just can't support businesses that profit from people who work on the Donald Trump campaign."

Waves of protest against Trump

Demonstrations against Trump, his products and business partnerships have stacked up since he first launched his bid for the U.S. presidency. Most recently, critics and opponents gathered to protest the opening of the latest Trump Hotel in Washington, D.C., on Wednesday morning. Just hours earlier, Los Angeles police were called to investigate the extreme vandalization of the reality TV host's star on the Hollywood Walk of Fame.

Protests at U.S. Trump rallies have inspired sister events in Canada, for instance in Vancouver and Toronto. Earlier in his campaign, Trump's hosting gig on Saturday Night Live provoked a significant demonstration, while his derogatory comments about Latino immigrants sparked a wave of condemnation and partners to jump ship: broadcasters dropped his Miss USA and Miss Universe pageants, Macy's stopped carrying his menswear line and a host of companies ended projects tied to Trump.

Meanwhile, amid protests and legal battles with investors, there have been calls for the owners of the Canadian Trump Hotels (in Toronto and slated to open in Vancouver in 2017) to drop the former real estate mogul, who now largely licences his brand to hotel-condo developers.

The high-end chain itself might be distancing itself from its eponymous figure, with Trump Hotels announcing Monday it will use the brand name Scion for new projects, rather than Trump. Recent surveys of consumers have noted a growing public distaste for the brand.

The power of the wallet

"All consumers are questioning the choices they make in the marketplace: where their things are made, who makes them, how they are made. This is becoming more and more important to consumers. This plays into all brands, but especially in Ivanka Trump's brand," said John Pylypczak, president of Concrete Design Communications. 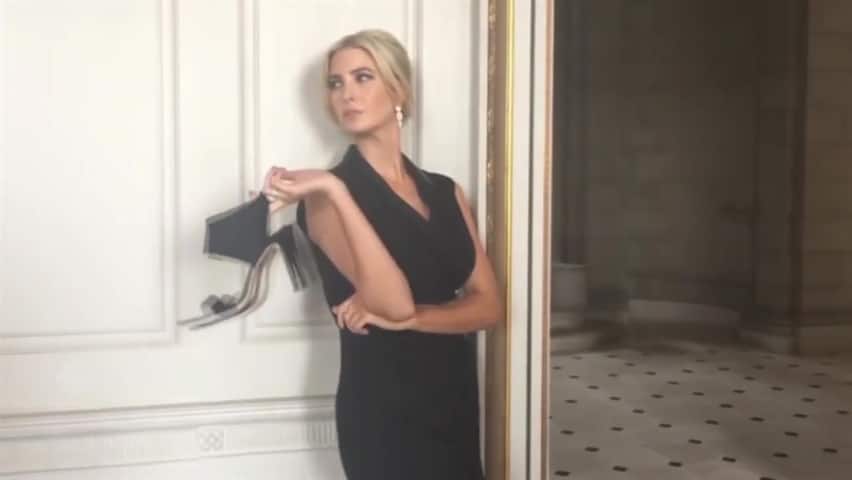 4 years agoVideo
1:22
Shoppers outside of Toronto's Eaton Centre weigh in on their thoughts about a retail boycott of Ivanka Trump because of her dad, Republican presidential hopeful Donald Trump. 1:22

"So much of her brand is tied into her name, and her name is so much tied into the personality of her father. That is a challenge, especially with what he's becoming known to stand for. Her [brand identity of] 'women who work' — that seems at odds with how her father perceives women…After this election cycle, she's going to have a lot of work to do to establish herself as a separate brand from her father."

Susie Erjavec Parker, a Canadian who began boycotting Trump products after the first presidential debate in September, returned a dress to Marshall's after discovering it was from the Ivanka Trump Collection.

"As Canadians, we can't vote in the election, but I can vote with my wallet and I can decide not to purchase products that have the Trump name or brand on them," Parker told CBC News in Winnipeg.

In Canada, Hudson's Bay, Winners and Nordstrom are other major retailers that carry the Ivanka Trump Collection. Nordstrom was the only one who commented to CBC about the boycott as well as the lone retailer to send a formal response to protest founder Coulter in the U.S.

"We have heard feedback from some customers. Right now we don't have plans to stop carrying the brand," Nordstrom spokesperson Emily Sterken told CBC News.

The latest Trump boycott, which has gained momentum and some celebrity endorsement since she launched it on Oct. 11, "is the perfect way to talk about not only what happened with the Trump tapes, but women's consumer power," founder Coulter said.

"It's really heartening to see women flexing their consumer power."

With files from Nigel Hunt, Deana Sumanac-Johnson and Eli Glasner