Daily Show host Trevor Noah sits down with The National's Wendy Mesley to discuss U.S. race relations, his childhood under apartheid in South Africa and his controversial interview with right-wing pundit Tomi Lahren. 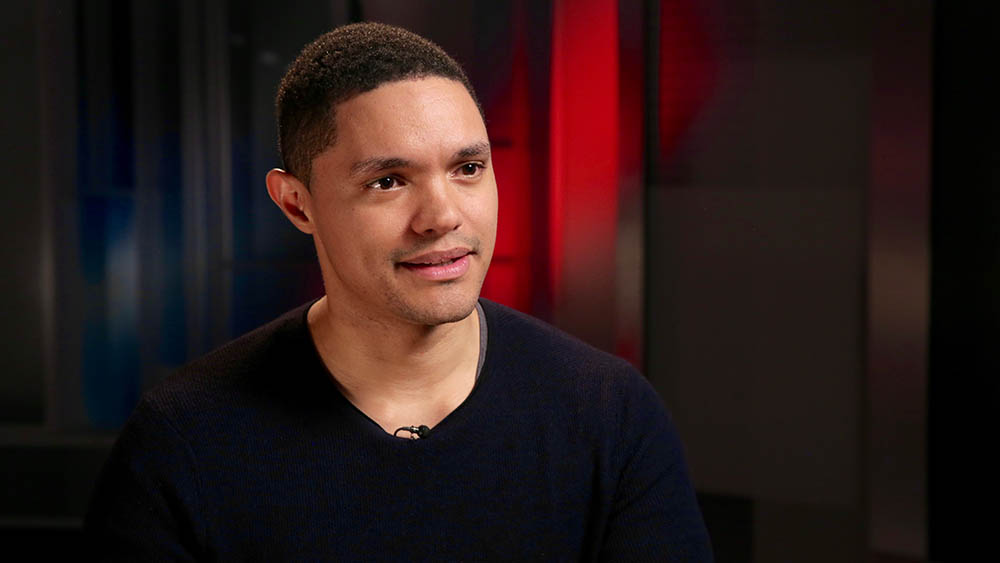 5 years ago
12:14
Daily Show host talks to CBC's Wendy Mesley about U.S. race relations, his childhood under apartheid and his controversial interview with pundit Tomi Lahren 12:14

Trevor Noah said he invited right-wing pundit Tomi Lahren on his show because he believes Americans with different worldviews need to break out of their ideological bubbles and have conversations with each other.

The South African comedian who took the reins of Comedy Central's news parody powerhouse The Daily Show when Jon Stewart retired last year has garnered both praise and scorn for his recent interview with Lahren, a hard-line commentator on The Blaze who has come under fire for comparing Black Lives Matter to the Ku Klux Klan.

Headlines labelled the interview a "showdown" and a "faceoff," but the liberal-leaning Noah insisted it was a "conversation" free of the hatred and vitriol so common to U.S. politics.

"The conversation everyone seems to be having is: Do we live in bubbles? Do we live in a space where we are unable to understand or acknowledge the fact there are people out there in the world who have views that are very different to us?" Noah told CBC's The National.

"It seems fruitless to some, but ... the other alternative is to stay in those bubbles that you talk about, so why not have a conversation?"

Born a crime under apartheid

Noah sat down with CBC's Wendy Mesley to talk about his role on The Daily Show, the state of U.S. race relations, and his early life as a biracial child during South African apartheid.

His new book, Born a Crime: Stories from a South African Childhood, describes what it was like to have a black mother and a white father at a time when interracial relationships were illegal in his home country.

Racism in the U.S., he said, is a different beast, and navigating his new home's unique racial tensions has been tricky.

"In South Africa, black people are the majority, and so it's a lot easier for a nation to reckon with its past," Noah said.

"We have the Truth and Reconciliation Commission in South Africa, which is important because it was a place and a time when South Africans had to sit down, watch their television screens every single night and and hear about how a government had oppressed and murdered and segregated an entire swath of a nation."

The U.S., where black people are a minority, struggles with its own legacy of slavery, he said.

Noah's interview with Lahren has sparked a backlash from those who criticize him for giving a platform to what they see as her dangerous rhetoric. Others have lauded him for openly challenging her positions.

In the interview, Noah pushes back against Lahren's assertion that Black Lives Matter is akin to the KKK because of the violence and destruction she claims it ​has inspired, accusing her of judging a whole movement by the actions of a few.

When she says she doesn't see colour, he interjects: "What do you do at a traffic light?"

The exchange prompted ComplexMag to declare in a headline that Noah had "finally filled Jon Stewart's shoes."

Asked by Mesley whether that's a compliment or an insult, Noah laughed.

"You know, I understand the sentiment behind it. But the truth is Jon Stewart left an amazing legacy. It's a legacy that we still feel today. He's a person who came in and created for all intents and purposes a genre that has been duplicated around the world," he said.

"But I've come to realize that my purpose is not to fill his shoes. My purpose is to create my own shoes in the shoe factory that he has bequeathed to me."