'Beyond incredible:' Canada's Come From Away lands 7 Tony nods

Canadian hit Come From Away has landed seven nods for Broadway's biggest honour as the 2017 Tony Award nominations were revealed in New York City this morning.

Natasha, Pierre & The Great Comet of 1812 leads overall with 12 nominations for Broadway awards

The feel-good Canadian musical Come From Away, one of the current hits of the New York City theatre scene, is among the leading contenders for Broadway's top honour, earning a raft of Tony Award nominations Tuesday.

Come From Away, about how the residents of Gander, N.L., welcomed thousands of stranded travellers on Sept. 11, 2001, after the U.S. attacks, earned seven nominations, including for the coveted best musical title.

Husband-and-wife creators David Hein and Irene Sankoff, who were living at New York during 9/11, earned nominations for best book of a musical and for writing the production's original score.

"To see New York embrace this, to see these New York audiences and the Tonys [nomination committee] say this is an important story and the work we have been doing for so long is important — it's overwhelming and it's so gratifying," Hein told CBC News in New York on Tuesday.

Working with theatre producer Michael Rubinoff, the Canadian couple created Come From Away after attending a 10th-anniversary 9/11 ceremony in Gander, and workshopped the fledgling production at an incubator for Canadian musicals that Rubinoff founded at Sheridan College in Oakville, Ont.

"It makes me proud of everyone who's worked on it with us," Hein said of the show's haul of Tony nominations.

"Best musical — it feels like it's a nomination for everyone who's been working on the show forever."

Performers Jane Krakowski and Christopher Jackson announced the nominees for the 71st annual awards, revealed at the New York Public Library for the Performing Arts at Lincoln Center.

Come From Away also earned nods for choreography, lighting design and direction, and for performer Jenn Colella, a contender for best featured actress in a musical.

It is the first Canadian musical to earn widespread Tony recognition since wacky tale The Drowsy Chaperone in 2006.

The show speaks so much to the character of Newfoundland and Labrador people, Come From Away actress Petrina Bromley said just after the announcement.

"To get seven nominations is just beyond incredible." 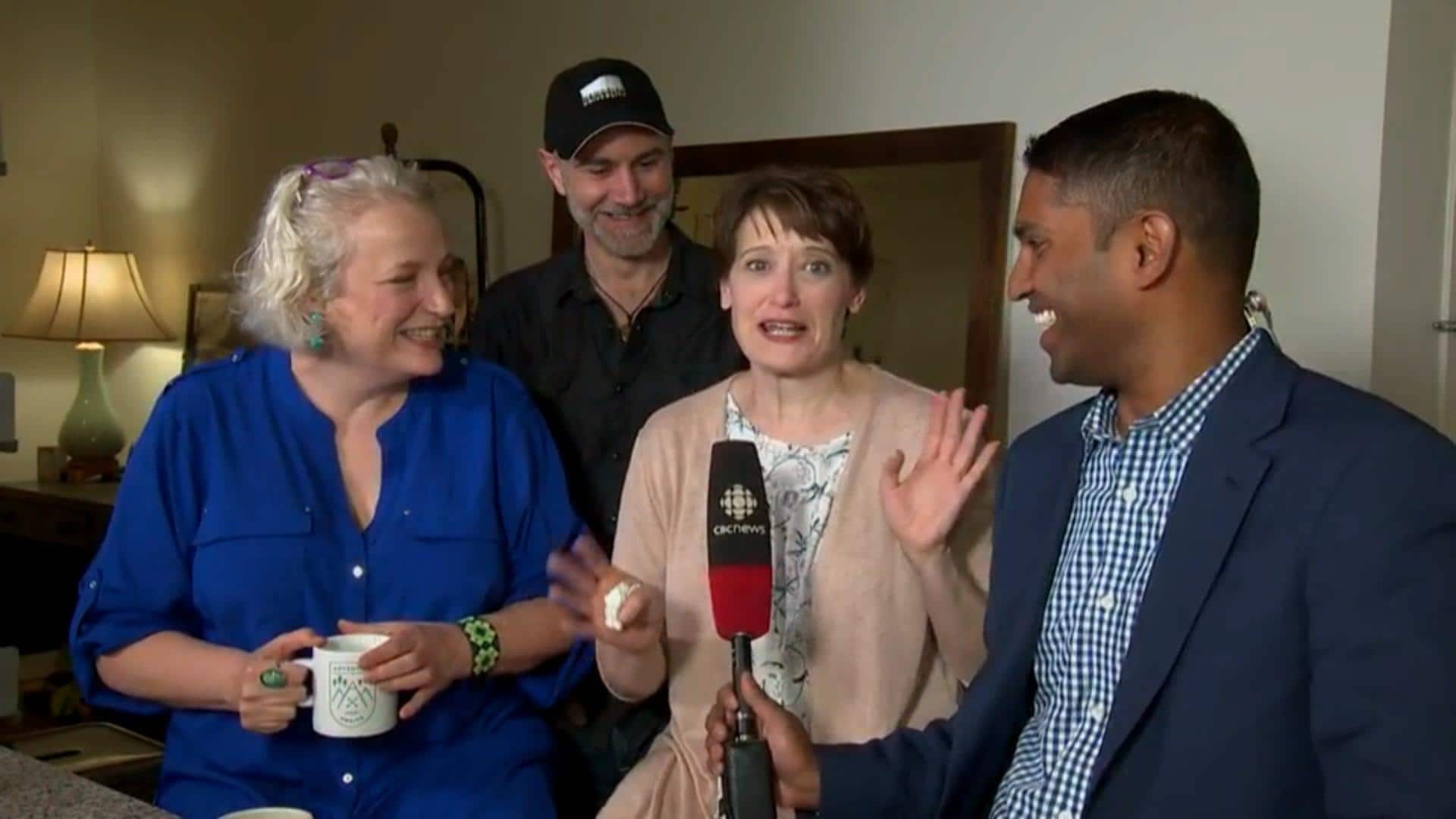 Seven Tony noms for 'Come From Away'

4 years agoVideo
2:40
The Canadian musical Come From Away, one of the current hits of the New York City theatre scene, is among the leading contenders for Broadway's top honour earning 7 Tony Award nominations Tuesday. 2:40

Throughout Come From Away's pre-Broadway runs in the U.S. and Canada, as well as after its debut in New York, the musical has been praised as feel-good true story about our capacity for kindness and compassion during a dark time — and touted by critics as a timely balm for the current divisive U.S. political and social landscape.

"The show is so important. It shows us how kindness is possible," said co-star Astrid Van Wieren.

"It doesn't take a lot — letting someone use your shower and making them toutons and getting them clean clothes … playing music, entertaining them, taking their mind off a horrible time — it doesn't cost a lot to be kind … the show is about that."

The musical has already earned nominations for other U.S. theatre honours, including the Drama Desk Awards, the Outer Critics Circle Awards, the Drama League Awards and the Helen Hayes Awards.

According to producer Rubinoff, who travelled to Gander on Tuesday to celebrate with Come From Away's real-life inspirations, Tuesday's Tony nominations extend the show even further since the musical nominees typically get the opportunity to perform during the awards gala.

"The company of Come From Away will perform live on the Tony Awards ... so they will get to perform a number from the show that's going to go out to millions of people around the world [who will] get to experience this incredible show," he said. "That's also a really exciting an opportunity."

Winners of the 2017 Tony Awards, hosted by Kevin Spacey, will be announced June 11 at Radio City Music Hall in New York City. The three-hour ceremony, which will include a tribute to lifetime achievement winner James Earl Jones, will air live on CBS. 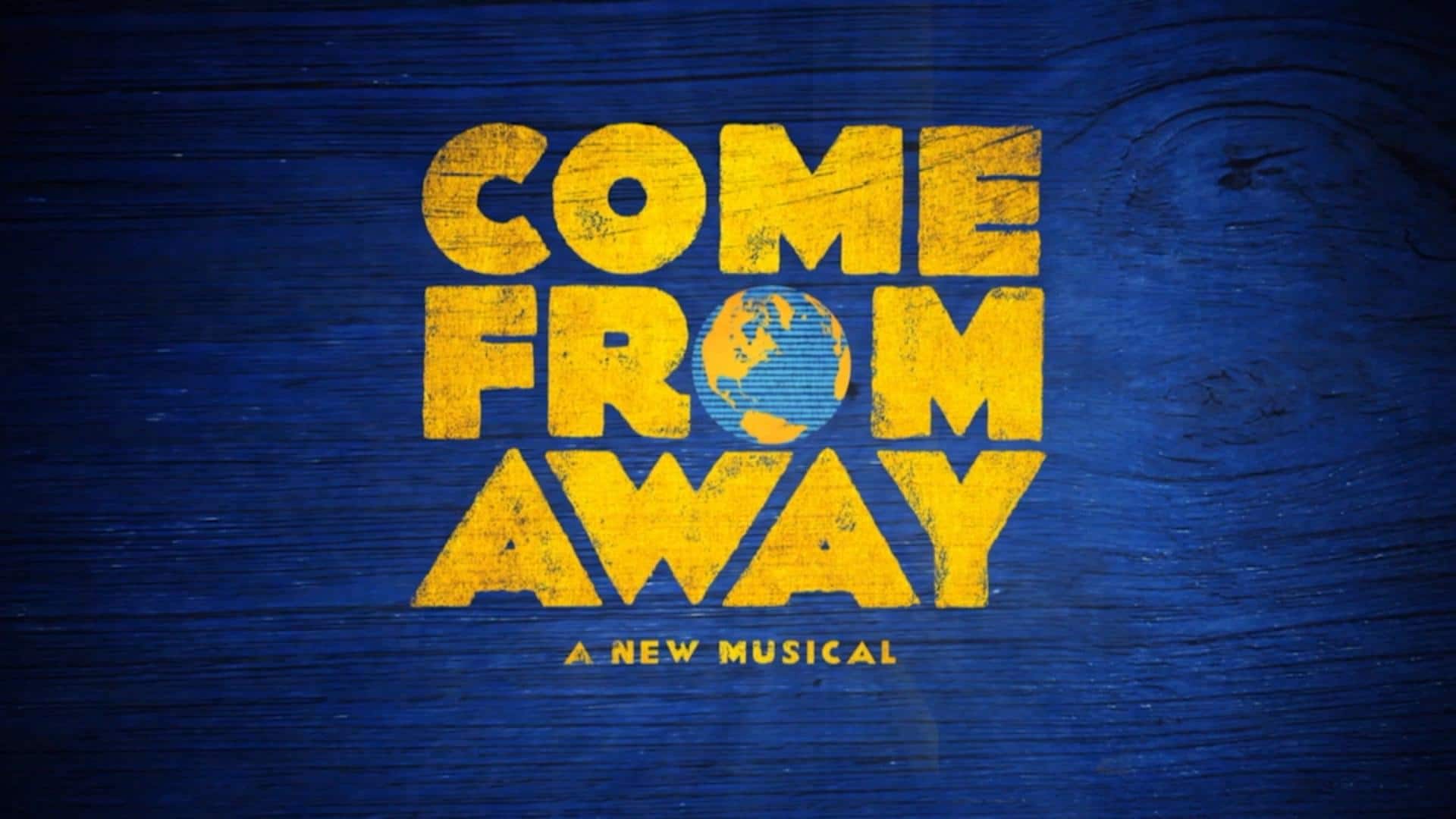 4 years agoVideo
1:03
The town that inspired Come From Away reacts to the hit Broadway musical's seven Tony Awards nominations. 1:03

Book of a musical: Come From Away; Dear Evan Hansen; Groundhog Day the Musical; Natasha, Pierre & The Great Comet of 1812.

With files from Steven D'Souza and Angela Antle