Indomitable women, sharp social commentary plus a surprise entry from the Louis C.K.: there are a host of promising, much anticipated films slated for this year's Toronto International Film Festival — with hopes of eventually landing at a cinema near you.

Indomitable women, sharp social commentary, plus a surprise entry from the Louis C.K.: there are a host of promising, much anticipated films slated for this year's Toronto International Film Festival — with hopes of eventually landing at a cinema near you.

Here are 13 of the top movies building major buzz heading into this year's fest.

The Shape of Water 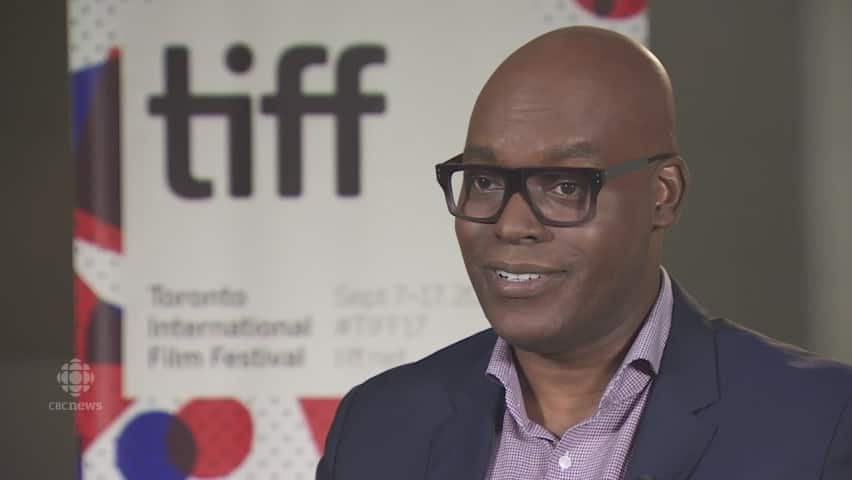 None other than TIFF's artistic director himself named Guillermo del Toro's The Shape of Water as his single, must-see pic of this year's festival. Many a reviewer who took in the film's premiere in Venice have likened the unusual romance — starring the superb Sally Hawkins — to his indelible, spine-tingling fable Pan's Labyrinth.

Big ideas can explode from a miniaturized package, with Alexander Payne's social satire exploring wider implications of a neat sci-fi conceit: shrinking humans and objects down to 1/12 their normal size ("get small") to deal with overpopulation. Matt Damon and Kristen Wiig star.

Director Darren Aronofsky definitely knows how to mess with viewer's heads and his latest — a mysterious, psychological horror story revolving around Oscar-winner Jennifer Lawrence (the pair are also dating) and co-starring Javier Bardem, Ed Harris and Michelle Pfeiffer — looks to be a truly disturbing mind-blower.

George Clooney's behind-the-camera efforts typically offer brainy entertainment. His latest, in which flawed suburbanites make some very bad decisions, draws from a real-life story as it explores the dark, violent and racist underbelly of a supposedly peaceful, post-war American town. Further points in its favour: it's based on an unproduced script from Clooney's past collaborators Joel and Ethan Coen, while the talented cast includes Matt Damon, Julianne Moore and Oscar Isaac.

After bringing to life dozens of complex roles and increasingly adding her stamp onto productions as a writer and producer as well, indie film darling Greta Gerwig makes her solo directorial debut with this much anticipated dramedy starring Saoirse Ronan as a rebellious high schooler looking to college as a means of escaping her family.

What might otherwise be written off as a standard period bio-pic project about Frankenstein's author has intrigued cinema-watchers instead, thanks to a female-centric production starring Elle Fanning, directed by Haifaa al-Mansour. Her acclaimed drama Wadjda, which she wrote and helmed, was the first feature filmed entirely in Saudi Arabia, instantly made her that country's first female filmmaker and ended up being the country's first Oscar foreign-language film submission to boot.

What more can we say? It's about the secretive, sexy world of high-stakes poker. It stars the commanding Jessica Chastain and always-magnetic Idris Elba. It's Aaron Sorkin making his directorial debut. Sold.

Battle of the Sexes

Recent Oscar-winner Emma Stone reteams with actor Steve Carrell, who played her dad in Crazy. Stupid. Love, for what looks to be a terrifically entertaining and timely tale about sports, gender parity and sexuality, revolving around the real-life 1973 match between tennis icon Billie-Jean King and retired player Bobby Riggs. Directors Valerie Faris and Jonathan Dayton, who worked with Carrell on Little Miss Sunshine, along with writer Simon Beaufoy (Slumdog Millionaire) definitely know their way around heart-tugging crowd-pleasers.

Call Me By Your Name

Italian director Luca Guadagnino's film exploring first love blossoming across a hazy summer on the Riviera emerged as a must-see at the Sundance and Berlin festivals earlier this year, winning over critics and drawing comparisons to Moonlight and Carol as another powerful and evocative tale of same-sex love.

I Love You Daddy

To those fans eagerly awaiting more of Louis C.K.'s  hit series Louie, perhaps this might tide you over for a while? Here's what little we know: that the boundary-pushing funnyman shot his first film in 16 years completely in secret, with a star-studded cast, including Chloe Grace Moretz, John Malkovich, Rose Byrne and regular collaborator Pamela Aldon, and in black and white. The plot is said to revolve around a TV producer (Louis C.K. himself) and his relationship with his daughter (Moretz).