Stuart McLean, the host of CBC Radio's The Vinyl Café and an award-winning humorist, has died at age 68 after a battle with melanoma.

McLean revealed in November 2015 he'd been diagnosed with melanoma

'The place where laughter meets tears'

5 years ago
Duration 0:43
Stuart McLean, the host of CBC Radio's The Vinyl Café has died at age 68

Stuart McLean, the host of CBC Radio's The Vinyl Café and an award-winning humorist, has died at age 68 after a battle with melanoma.

McLean's trademark blend of storytelling — part nostalgia, part pithy observations about everyday life — and folksy, familiar delivery made him a hit with audiences for more than 20 years. But he always maintained that success came as a surprise to him.

He laughingly recalled how his mother, accosted by a fan after one of his live performances of The Vinyl Café, said she never expected McLean to become famous.

"I didn't really expect myself to amount to very much either," he told CBC's George Stroumboulopoulos Tonight in 2012. "I was intimidated by the brains and the athletes all around me and just didn't think I measured up." 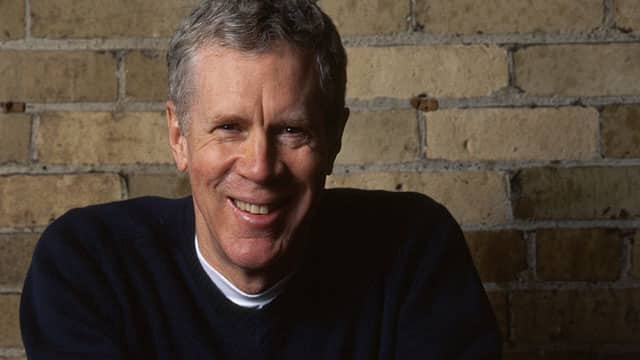 But listeners disagreed. By the late 1970s and early 1980s, McLean was a regular presence on CBC Radio, where his mischievous sense of humour made him a regular contributor and a guest host on Morningside with Peter Gzowski.

During one memorable episode, McLean released a live cricket inside the studio, prompting him and Gzowski to erupt in fits of laughter that lasted for much of the episode. He repeated the stunt as Gzowski was about to retire, but with a cockroach.

Traditional radio it was not, but it had warmth and human connection — something that would become McLean's trademark for decades to come. 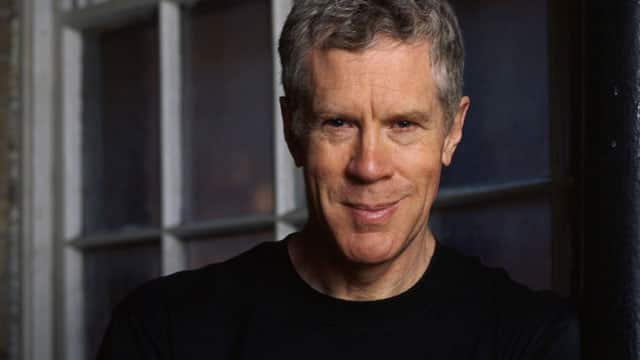 Andrew Stuart McLean, the eldest of three children, was born and raised in Montreal West, a suburb of Montreal with a small-town feel.

He attended nearby Lower Canada College, an elite private school where, as a shy teenager, McLean professed to feeling like an "outsider" from "the jocks and the brains." He went on to attend Sir George Williams University (now Concordia University).

After graduating with a bachelor's degree, McLean took a job working in the student services department of Dawson College. Through a work contact, he landed a gig as campaign manager for journalist-turned-politician Nick Auf der Maur in his first bid for Montreal city council.

McLean also created current affairs radio documentaries for CBC Radio's Sunday Morning, including an ACTRA Award-winning piece in 1979 about the Jonestown massacre. As the 1980s rolled on, he became a regular fixture on CBC Television as well.

The stories of strangers

His reports for The Journal and The National zeroed in on his talent for connecting with people and drawing stories from them.

He sat in hospital cafeterias talking to strangers, boarded trains where he asked moms to leave their babies with him and in one instance crashed a couple's ferry wedding. Sometimes funny, often sad or poignant, these segments revealed the drama inherent in the lives of regular people.

Those were also the ingredients that would make McLean's next venture, The Vinyl Café, his trademark.

7 years ago
Duration 1:14
Vinyl Cafe host cancelled the remainder of his Christmas tour this year because he has been diagnosed with melanoma

Debuting on CBC Radio in 1994 as a summer replacement show, The Vinyl Café gave McLean a rare opportunity to show off both his love of performance and his passion for writing.

It was a variety show featuring music by Canadian artists, essays and stories, but the program's main attraction became the ongoing tale of fictional Canadian couple Dave and Morley, as well as their kids, Sam and Stephanie.

Written and recounted by McLean, the stories of the Toronto family dealing with the travails of life were an instant hit.

Fans across Canada and the U.S. turned up in droves when he began taking The Vinyl Café on the road. Meanwhile, his books based on the show's stories became bestsellers and earned McLean the prestigious Stephen Leacock Medal for Humour three times.

He was also a professor emeritus at Ryerson University in Toronto, where he taught broadcast journalism for 20 years, beginning in the mid-1980s.

In November 2015, while on a Vinyl Café Christmas tour, McLean revealed he'd been diagnosed with melanoma and cancelled the remaining scheduled dates.

However, slightly more than a year later, he revealed he was suspending The Vinyl Café indefinitely to focus on his cancer treatment.

"What can I say? Things don't always go exactly as planned," McLean said in a statement in December 2016, revealing that he was preparing for another round of immunotherapy treatment after his first hadn't been completely successful.

"I don't think airing repeats is fair to those of you who listen every week and have been so loyal over these past two decades. Nor is it fair to the writers and producers who are busy creating new work," he said.

"There are lots of people creating great work, and it deserves to be heard and enjoyed."

McLean wrote of aging and death in his 2012 book Revenge of the Vinyl Café, saying at the time that at some point Dave or Morley would age and die or he himself would.

"We'll have to handle it sometime," he told Stroumboulopoulos. "Either that or me — we're gonna lose somebody."

McLean's survivors include sons Robert, Andrew and Christopher, his children with ex-wife Linda Read, and his grandchildren, Ramona and Oscar.

Did you listen to The Vinyl Café? Read Stuart McLean's books? Go to his show? Share your story, video or images at McLeanmemories@cbc.ca