They had such enormous fun: Sharon & Bram bid farewell with final tour

Four decades after first joining forces with the late Lois Lilienstein, Sharon Hampson and Bram Morrison are hitting the road one final time.

Little Rabbit Foo Foo. I Am Slowly Going Crazy. Skinnamarink. Many Canadians have grown up with the music of — and have a favourite tune by — Sharon, Lois and Bram.

Sharon Hampson, Lois Lilienstein and Bram Morrison debuted as a kids' entertainment trio in 1978 and quickly became household names for their vibrant, catchy, internationally inspired music for children and families.

Now, 40 years after they first joined forces with the late Lilienstein, Hampson and Morrison are hitting the road one final time. They're not hanging things up completely: there's fresh music and a new book scheduled for release in 2019. But for the septuagenarian musical duo, it's time to bid farewell to touring.

The pair took some time out from their latest slate of gigs, including a sold-out benefit concert bringing them back to the site of their first major show — Toronto's Young People's Theatre — to reminisce about their rise as children's entertainers, changing times and paying tribute to their late colleague Lilienstein.

Hampson, Lilienstein and Morrison met as separate participants in Ontario's Mariposa in the Schools art program. They formed a bond based on their similar philosophy about the importance of music education. In 1978, they scrabbled together $20,000 to record and release their debut album, One Elephant, Deux Éléphants — which was an instant success — and scheduled their first concert at Young People's Theatre for late that September. 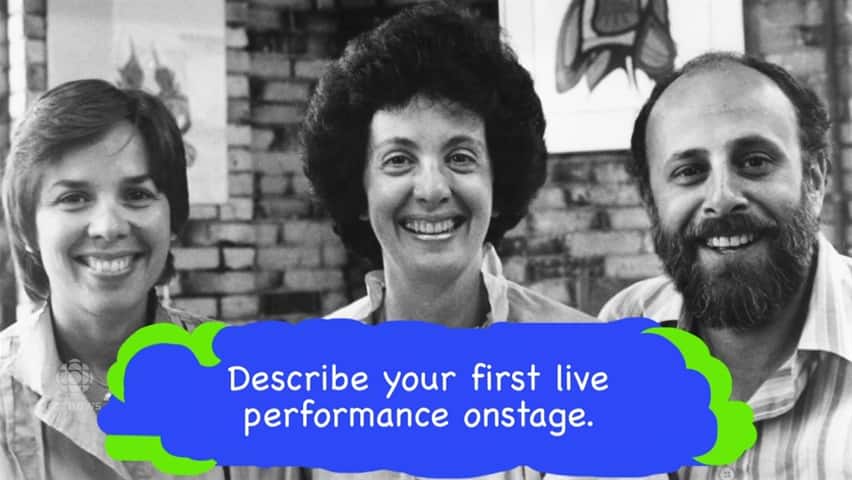 It's rare to have performers who can draw devoted crowds and continue to attract new fans four decades on. But there are a few simple reasons why Morrison and Hampson believe they have done just that. 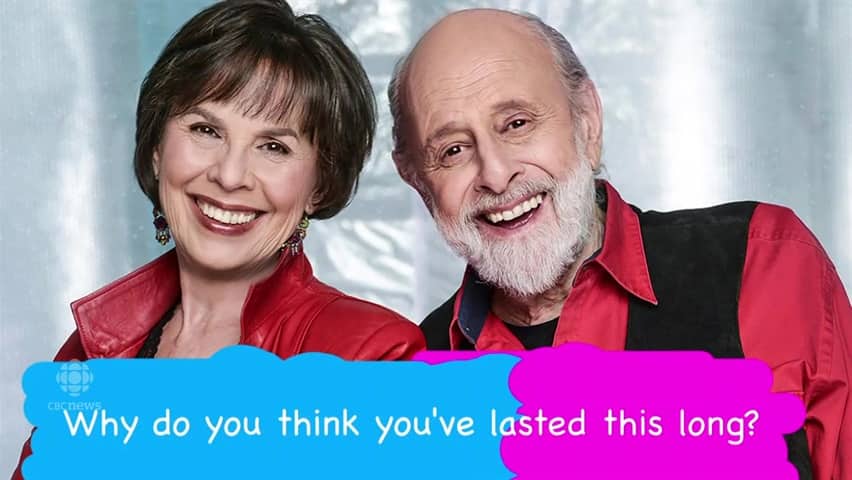 Why do you think you've lasted this long?

2 years ago
1:29
Sharon and Bram on how answering the 'natural' desire to sing aloud, engaging all ages and musicianship have contributed to their longevity. 1:29

With more than 20 recordings and two long-running TV shows under their belts, Sharon, Lois and Bram were major players on the kids' entertainment scene — so much so that Morrison recalls they were once ranked by TV Guide among the top performers for children (coming second only to Fred Rogers of Mister Rogers' Neighborhood).

But alongside respected peers like Rogers and Ernie Coombs (Mr. Dressup), the trio have seen some not-so-esteemed rivals come in and out of favour over the years. 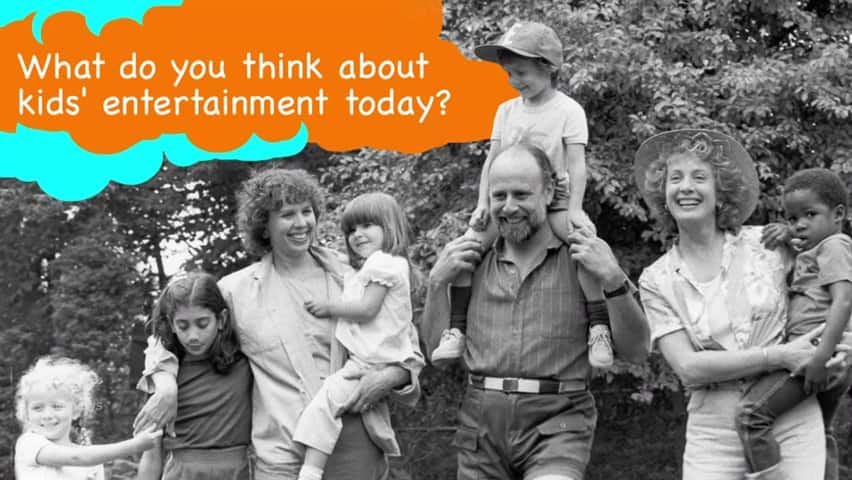 What do you think about kids' entertainment today?

Though Lilienstein​, who died in 2015, had stepped aside from performing live with Hampson and Morrison back in 2000, she continues to be missed, they said.

For a special benefit show this weekend, aimed at raising funds for Young People's Theatre, the duo has planned a special moment to honour their cherished bandmate. 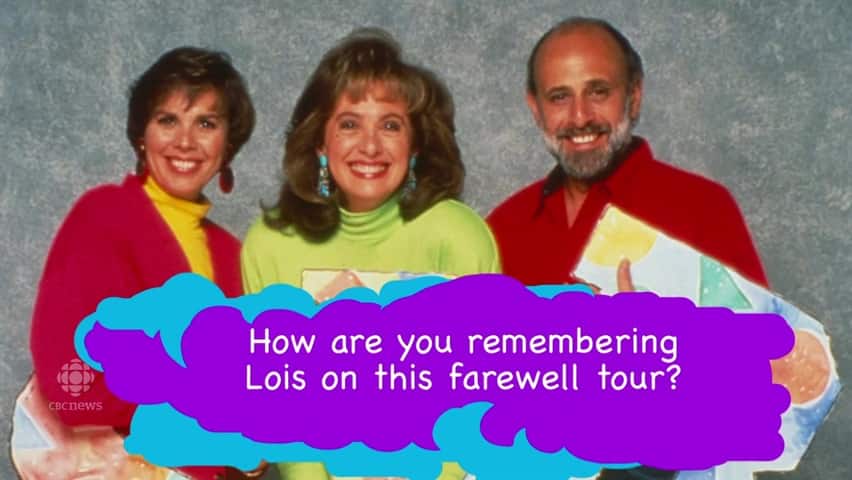 How are you remembering Lois on this farewell tour?

After so many years playing concerts throughout Canada and the U.S. — sometimes staging multiple shows a day — it's understandable for any performer to want a break from his or her most-repeated songs. But there's one track, Hampson says, she'll never tire of singing. 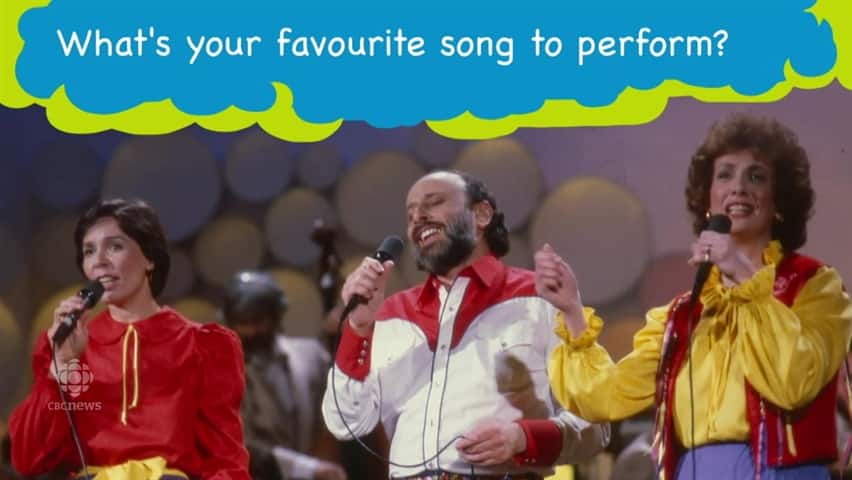 What's your favourite song to perform?

2 years ago
0:25
Sharon and Bram disclose the song they never tire of even after 40 years of performing live. 0:25

A trip down memory lane

Album sales that have surpassed three million copies worldwide. Gigs that ranged from selling out Toronto's historic Massey Hall on consecutive nights to playing at the White House. Accolades that include gold and platinum records, Juno Awards and the Order of Canada. Hampson and Morrison take a nostalgic look back at career milestones, favourite concert venues and vibrant fashions through books, photos and more. 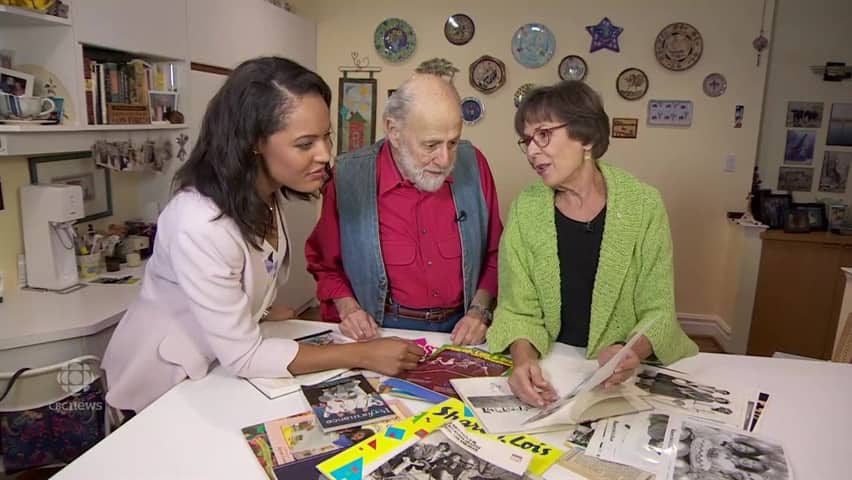 Sharon and Bram dive into their archives

2 years ago
2:08
The beloved kids' entertainers bring CBC's Tashauna Reid on a trip down memory lane. 2:08

With files from Tashauna Reid and the CBC Still Image Collection