How romance novels are getting a makeover in the Trump era

Since the election of Donald Trump, romance writers are rethinking the kind of heroes they want to celebrate. Some have decided it's time to get overtly political.

Since the election of Donald Trump, even some romance writers have decided it's time to get political.

The genre's brooding Heathcliffs are getting makeovers and storylines are being tweaked to better reflect feminist values around sexual equality and inclusiveness, as writers work to recast the heroes into characters they want to celebrate.

A day after the 2016 U.S. presidential election, bestselling New York-based author Sarah MacLean said she vowed to use her "very considerable platform" to step up and speak up, as she wants to "make a difference in the world."

MacLean said she realized the book she was writing "had 275 pages of a character who probably would have voted for Donald Trump," so she deleted the entire manuscript. "I threw it all out and started over."

I wanted him to be that alpha feminist from the very start.- Romance author Sarah MacLean

MacLean was originally writing about "a man who was intractable and impenetrable, and didn't understand that his actions hurt people and his actions had repercussions."

Thinking that description sounded a lot like Trump himself, she decided to create a new hero who wouldn't take the entire novel to become enlightened. The result is her more recent novel, The Day of the Duchess.

She also chose to pen a broader, more diverse range of characters.

"Overt racism seems to be a lot more acceptable [since Trump's election]," said Davis. "So I particularly wanted to write and tell stories about heroes and heroines who aren't white, and show that they deserve to have happy endings, too."

While the romance genre has seen its share of derision, there's no arguing it has passionate fans.

It's a billion-dollar industry that makes up close to one-third of the U.S. fiction market. And with e-book purchases also on the rise, it's a market that even the respected New York Times Book Review has acknowledged by hiring romance columnist Jaime Green.

Green says it's time to take this form of literary escapism seriously.

"Women are just sick of being made to feel embarrassed about what they love and what they enjoy reading," she said. 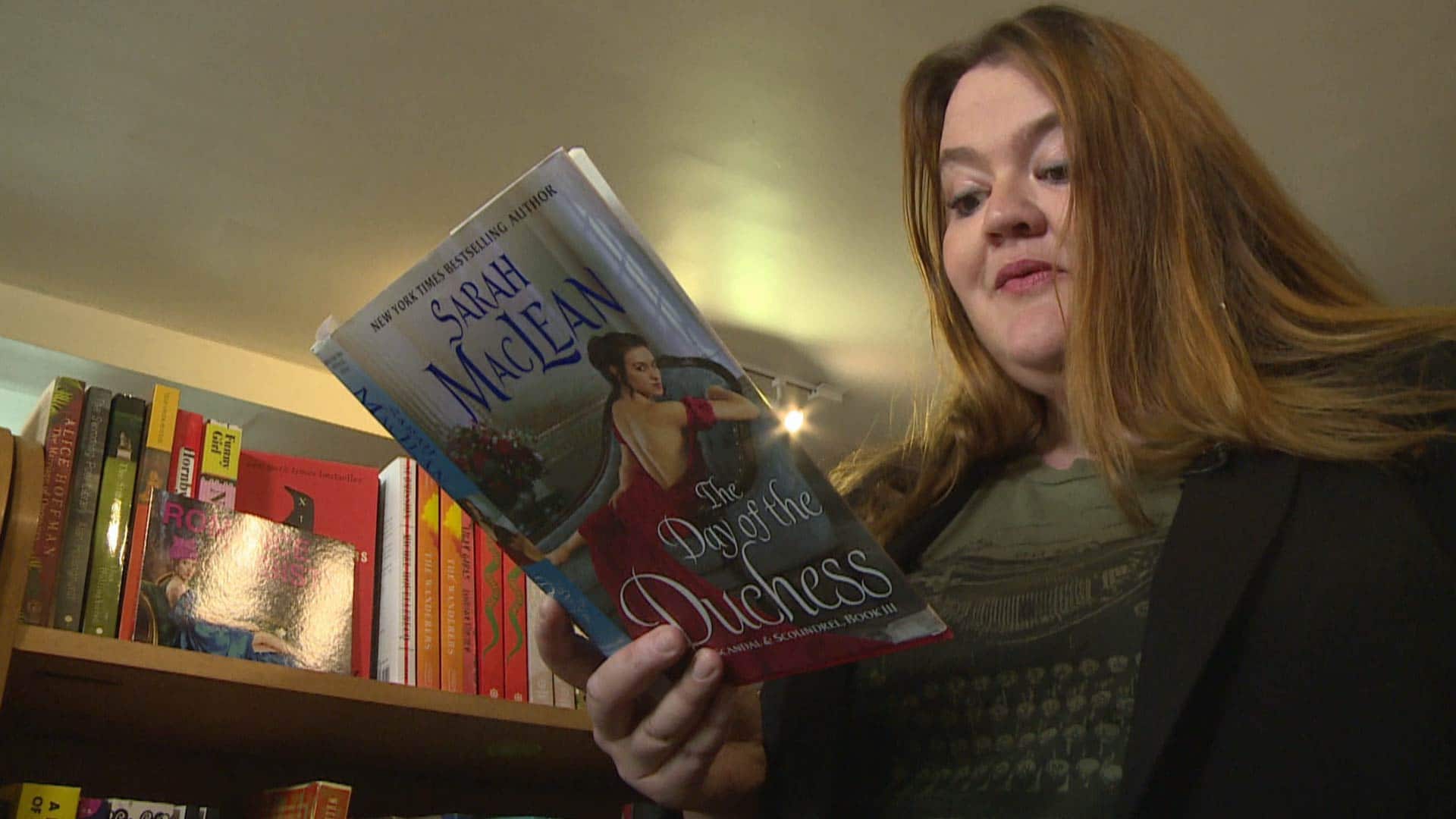 3 years agoVideo
3:59
The romance novel genre is a billion-dollar industry in the U.S., and there's a big shift happening, as writers empower the female characters in their stories. 3:59

According to the Toronto Public Library, romance is its single most popular fiction genre; romance novels represent 15 to 20 per cent of its total e-book downloads.

The hotter the cover image, the longer the holds list, according to library officials. Without the romance genre, they say the library's e-book collection wouldn't be viable, and they couldn't offer the more expensive literary and non-fiction e-book titles.

The TPL is planning to hire a romance novelist for its writer-in-residence program this fall — the first time the genre's been selected for it since 2009.

Literature snobs should take note: romance is now being openly embraced by readers — most of them women. And MacLean says it's about time.

"For many years, the genre has kind of sat in the dark — in the back corner of the bookstore or the library — and nobody's known how subversive the texts are and how feminist the texts are. I'm really very proud to be writing it now in the light," she said.

"Romance centres women; it places women at the centre of the story," she said. "At the end of a romance novel, the women win. And there's a great deal of power in that."

Sarah MacLean, bestselling author of The Day of the Duchess and the upcoming Wicked and the Wallflower, recommends:

Alice Hopton is a national arts and entertainment producer for CBC News.