'I have an aggressive sense of humour, I'm not going to apologize for that,' says Spittin' Chiclets podcast star Paul Bissonnette.

'I have an aggressive sense of humour, I'm not going to apologize for that'

It's halftime at a Vancouver Warriors lacrosse game at Rogers Arena, and spectators are working themselves into a frenzy trying to get the attention of tonight's star attraction.

"Don't objectify me," he jokes, shaking hands and signing autographs.

After the game, a long line of fans wait patiently for selfies, asking questions about the wildly popular podcast he co-hosts, Spittin' Chiclets. Some ask him what club he's going to later, hoping to party with him.

In hockey-obsessed Canada, it might not be surprising that a former NHL player would get a rock star reception. But Bissonnette was, by his own admission, a marginal fourth liner. He played parts of five seasons, with the Pittsburgh Penguins and Phoenix Coyotes, and he was more likely, he says, to be in the press box watching the game than on the ice playing.

But if the nickname Biz Nasty means nothing to you, then this 34-year-old from Welland, Ont., may be the most famous hockey player you've never heard of.

While other ex-players become celebrities because of their on-ice achievements or their work on conventional hockey broadcasts, Bissonnette has taken a much different media path.

His Youtube video series, Biz Nasty does B.C., was a preview of his post-hockey brand. Broad humour — "a little cringeworthy," he admits — guest appearances by hockey stars, and at least one scene per episode wearing nothing but a Speedo.

(Warning, this Youtube trailer for the show contains profanity:)

Bissonnette is a constant presence on social media, with 1.1 million followers on Twitter. To put that in perspective, it's more than hockey superstars Connor McDavid, Carey Price and John Tavares — combined. (On Instagram, Bissonnette has 369,000 followers, compared to 818,000 for McDavid and 222,000 for Price.)

But it's a podcast, Spittin' Chiclets, that's turned Bissonnette into a star on both sides of the border.

Twice a week, he links up with another former player, Ryan Whitney, and a third co-host who goes by the nickname Rear Admiral.

They talk hockey — and pretty well anything else that comes to mind.

And they interview a wide range of players, from superstars like McDavid and Sidney Crosby, to career minor leaguers, like Mike Sgroi — speaking openly about taking steroids — and Tim Stapleton, who told stories about life in the Kontinental Hockey League, including being administered some sort of performance enhancing "Russian gas."

There's also lots of swearing on each episode, along with graphic talk about sex, especially by Bissonnette, who has described his exploits in vivid detail.

In an interview with CBC News at his home base in Phoenix, Az, he described the podcast this way: "We're not extremely polished, we're very opinionated, we're a little vulgar, we talk about stuff some people wouldn't be down with, but all in all we're having a good time."

And fans seem to love it. 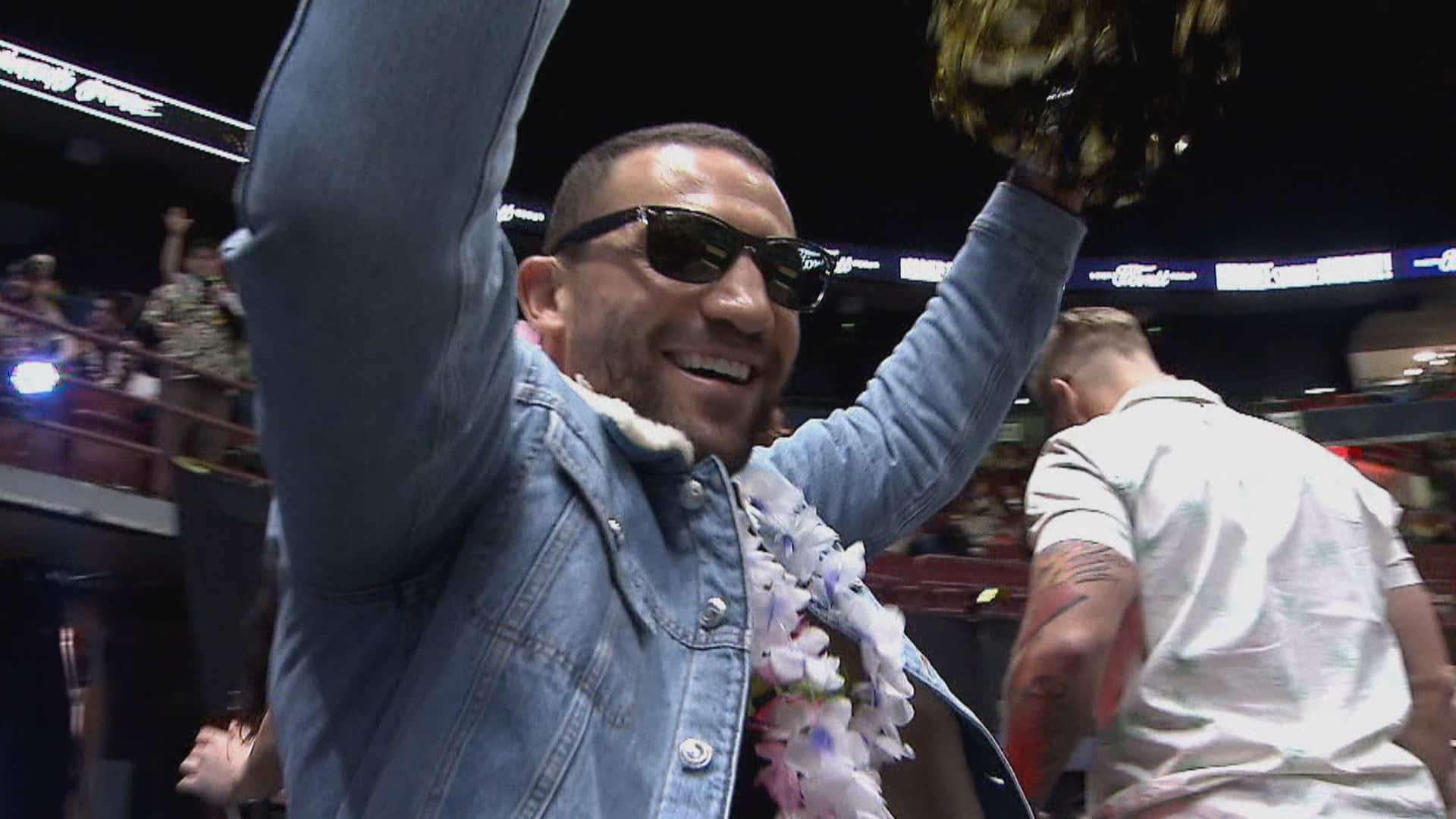 Among the fans are NHL players, past and present, who don't just listen but in many cases want a chance to talk candidly about what happens on and off the ice.

Bissonnette says, "We try to let people inside the locker room, the mental state some of these players are in when they're making decisions on and off the ice. We're very sympathetic to them, I think they appreciate that. That's why they're comfortable elaborating on stories from behind the scenes or even situations that happen out on the ice … our main objective is to promote the game and show these guys' personalities."

Former Hockey Night in Canada analyst Nick Kypreos, himself a former NHL player, says he's "fascinated" by the way Chiclets covers topics in a way that conventional television and radio hasn't. "I have such an appreciation for how they can take listeners to players' on- and off-ice experiences."

But that candour comes with consequences.

Just this week, Hall of Fame player Jeremy Roenick was fired by NBC after he joked on a Chiclets episode about the possibility of having sex with his friend and broadcasting colleague Kathryn Tappen.

And Chicago Assistant coach Marc Crawford was suspended in part because of comments by a former player. In a Chiclets interview, Brett Sopel described how Crawford had kicked him on the bench. Later, Sopel was quoted as saying he  wasn't complaining and didn't consider himself a victim. Crawford was eventually reinstated by the team.

"I personally don't like the added pressure of how some people hang on our every word. I'm just some clown who has an opinion. We kind of want to fly under the radar and do our thing." 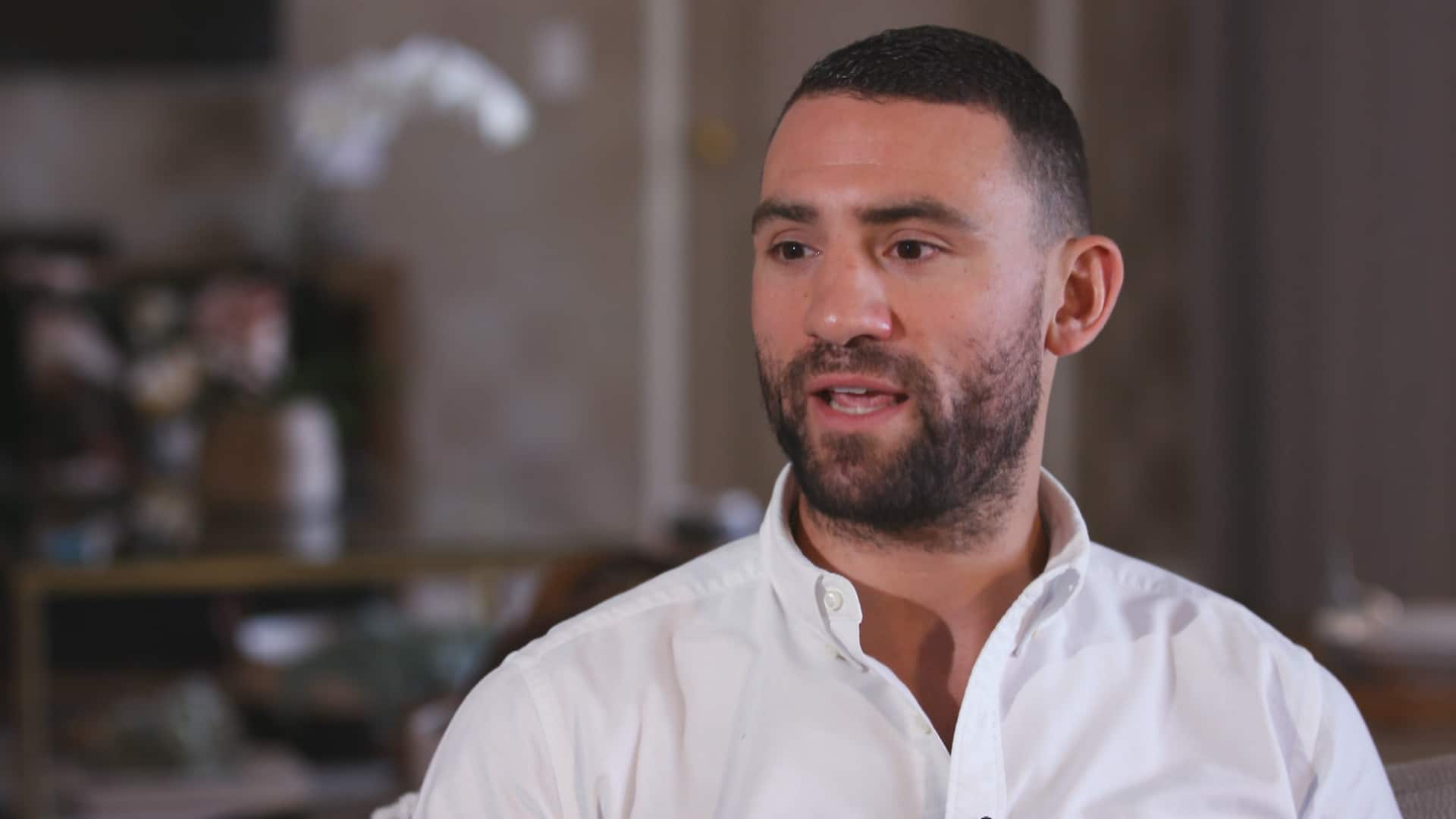 1 year ago
0:47
Paul Bissonnette, star of the Spittin' Chiclets podcast, admits to CBC's Ian Hanomansing that his growing media presence is a source of anxiety. 0:47

Of course, there's another side to all of this attention. When Chris Chelios, another Hall of Fame hockey player, wanted to speak publicly about fired Toronto Maple Leafs coach Mike Babcock, he chose Spittin' Chiclets as his platform.

And for Bissonnette, it's helped build his brand: from sponsorship deals with major corporations like McDonalds and American Express, to that promotional visit to the Vancouver Warriors.

The lacrosse team's operations manager, Dave Sheldon, says: "We wanted someone with a blue collar appeal, a little irreverent. Someone who fit's the club's slogan 'Nothing's Offside.'"

That could be Bissonnette's slogan, too.

As he told us, "I have an aggressive sense of humour, I'm not going to apologize for that. And there's still a large number of people, specifically in Canada where a lot of my audience is, who enjoy that. They don't want to be shamed for liking that humour. I don't think we're bad people."

He pauses for a moment and smiles. "We just flirt with that line a bit."

The The National's feature about  Paul Bissonnette and the Spittin' Chiclets podcast: 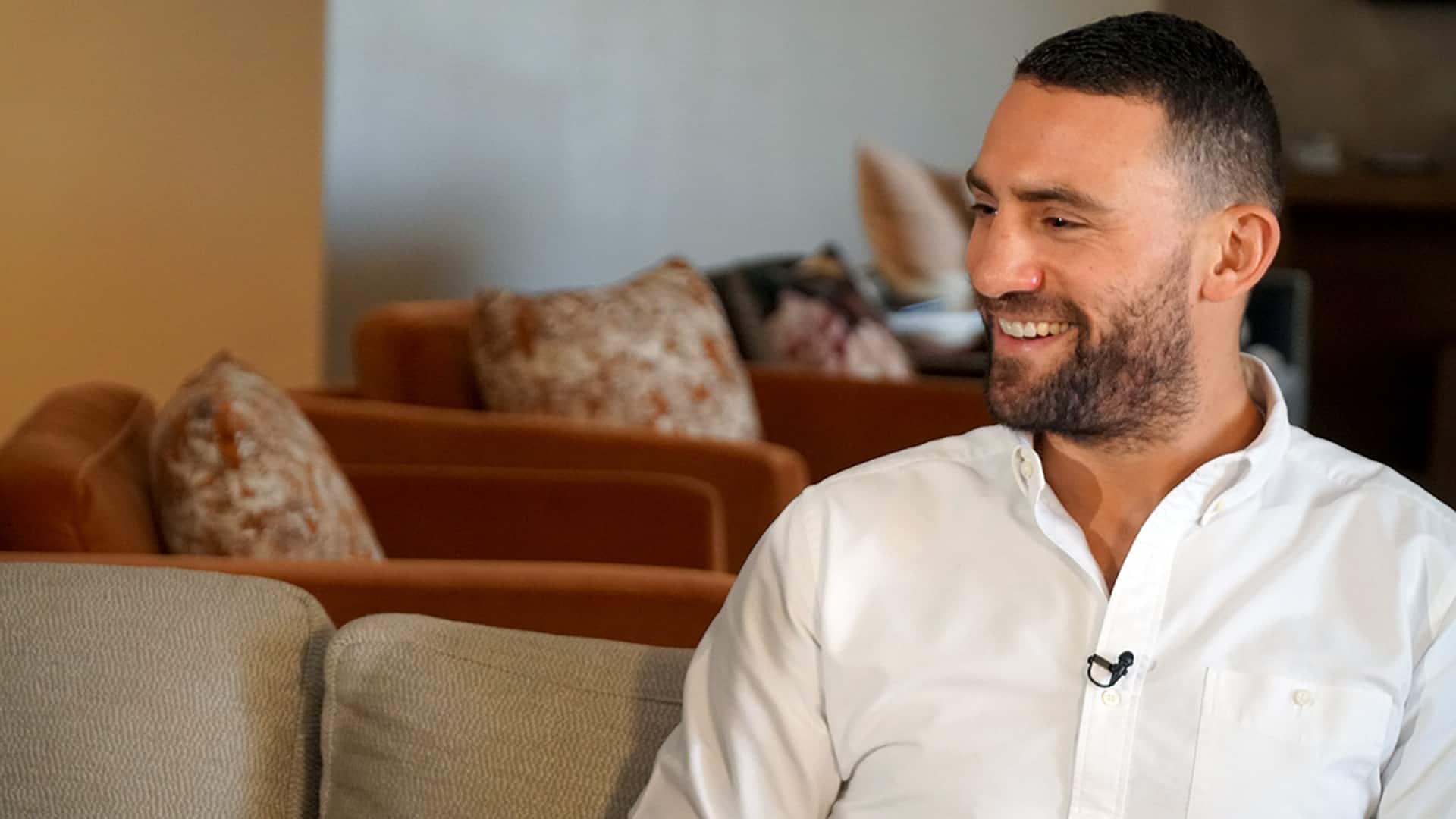 1 year ago
7:56
Former NHL player Paul Bissonnette has found success off the ice thanks to an unfiltered and sometimes controversial hockey podcast, Spittin’ Chiclets. 7:56

Ian Hanomansing is the co-host of The National. Since 1986, he has had a wide variety of assignments for CBC as a reporter, anchor and interviewer. He also has a law degree from Dalhousie University in Halifax.