Billy Bryans, the Toronto-based musician and producer who was drummer and co-founder of the 1980s pop group The Parachute Club, has died at the age of 63. 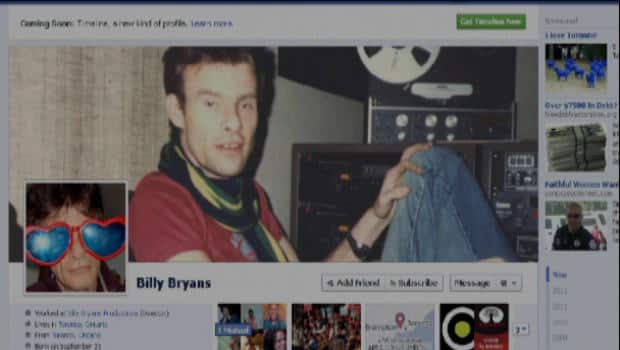 Billy Bryans, the Toronto-based musician and producer who was drummer and co-founder of the 1980s pop group The Parachute Club, has died at the age of 63.

Bryans, who had been suffering from lung cancer, died Monday morning at a hospice, surrounded by family and friends, a spokesperson told CBC News.

Canadian singer-songwriter Alex Cuba and other friends, fans and fellow artists paid tribute to Bryans at a music-filled fundraiser in Toronto last week.

"Rest in peace, gentleman of music. Many thanks for your love and support always," Cuba said in an online statement Monday.

Bryans formed The Parachute Club around 1979 with Lorraine Segato, who was lead singer. The group was known for its exuberant first hit Rise Up and had subsequent hits such as At the Feet of the Moon and Love is Fire.

It won four Juno Awards, including group of the year in 1984 and toured in Canada, the U.S. and West Germany before breaking up in 1989.

Bryans was also a producer and engineer for Downchild Blues Band, Raffi and Dutch Mason and turned more recently to jazz, working with Cuban musicians to get their sound out to the world.

Born in Montreal, Bryans was involved in a series of groups beginning in 1970 in Montreal and Toronto. He also knew another Montrealer, the late Jack Layton.

At a fundraiser for Bryans' cancer care 18 months ago, Layton told a story about running for high school student vice-president and losing because of his serious campaign approach. Then Bryans advised him to "make it fun." He ran again the next year and won the post of president on a promise of bringing either the Rolling Stones or MG & The Escorts to the Christmas dance.

Bryans' first Montreal group was M. G. & the Escorts, later called Theodore's Smokeshop and Horn. Horn's first album was On the People's Side and Bryans was the percussionist, sound remixer and a co-producer.

He was introduced to Segato in 1979 when she was with Mama Quilla II. The two collaborated on the band V with Mojah, then the lead singer of well-known Toronto reggae band, Truth and Rights.

Bryans was the drummer for the Toronto New Wave band The Government, before forming The Parachute Club.

He became involved in world music in the 1980s, producing albums such as Mama Mosambiki and Mother Africa. He also formed lasting connections with Cuban musicians, both those in Cuba and those relocated to Canada.

"He just loved learning about the rhythms. That's what he liked about the Cuban music and the Brazilian. He's always coming at it as a musician, but also as a producer and someone who understood the business," Ortega said.

Ortega said Bryans seemed to see the potential for the Canadian music business of new artists coming into the country as immigrants.

"He was there at the forefront, seeing this coming in and going 'wow, this is exciting.' Kind of absorbing it and maybe in a way interpreting it for Canada," Ortega said.

Aline Morales, a singer who was introduced to Bryans when she was recording her first album, says he formed a bridge between world music and the Canadian music scene. His positive, upbeat nature and his generosity with advice and publicity means he is well-loved among artists, she said.

Singer Laura Fernandez said she was "just devastated" when she learned Bryans' cancer had returned.

Fernandez said Bryans produced her album, encouraging her when she wanted to rediscover her Latin roots and sing in Spanish.

"He's had a deep impact on Canadian music and the Canadian music scene because he's worked with so many wonderful artists and you know, people like me who have a dream to do something special," Fernandez added.

"I hope people look at the back of the records he's worked on and go back to listen to what he's done with Lorraine Segato and his work with the Downchild Blues Band and appreciate what he's done. He's an amazing person and has an amazing legacy."

He was the publicist for Aline Morales and Amai Kuda and also worked with jazz artists including Cuba and Son Ache.