Oscars 2017: What you need to know for tonight's show

They've tallied the votes, gilded the giant Oscar statues and rolled out the red carpet. Fans of film, frocks and frivolity focused on the famous turn their eyes to Hollywood tonight for the 89th annual Academy Awards. Here's what you need to know ahead of this year's show. 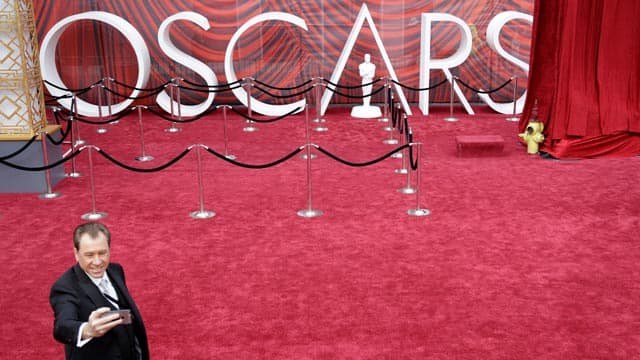 4 years ago
1:28
Emma Stone, Ryan Gosling, Meryl Streep and Denzel Washington are among the stars expected to attend the Academy Awards ceremony Feb. 26 in Los Angeles 1:28

They've tallied the votes, gilded those giant Oscar statues and rolled out the red carpet. Fans of film, frocks and famous faces will turn their eyes to Hollywood tonight for the 89th annual Academy Awards.

CBC News will be following the events as they unfold on our live blog, starting at 6 p.m. ET.

Here's what else you need to know ahead of this year's show.

The Oscars take place at the Hollywood and Highland Center's Dolby Theatre in Los Angeles.

The ceremony airs live on American TV network ABC and Canadian network CTV, with the official Oscars red carpet broadcast to start at 7 p.m. ET and the awards show itself underway at 8:30 pm ET.

The Oscars: All Access live stream at oscar.com will carry the red carpet segment as well as backstage content from 7 p.m. ET onward.

Slated to take the stage to perform the five original song contenders are Justin Timberlake (Can't Stop the Feeling from Trolls), John Legend (Audition and City of Stars from La La Land), Lin-Manuel Miranda and Auli'i Cravalho (How Far I'll Go from Moana) and Sting (The Empty Chair from Jim: The James Foley Story).

Sara Bareilles will also sing for the show's In Memoriam tribute.

The musical love story La La Land is the one to beat heading into the awards. It nabbed a record-tying 14 nominations and has been a favourite of critics groups and other awards shows this season. Its rivals for best picture are:

With a former reality TV star who delights in creating controversy now in the Oval Office, politics has seeped into all aspects of American life, including the entertainment world. It's widely expected that speeches will get political, as they have throughout the preceding awards season. Whether viewers tune out remains to be seen.

For the first time in Oscar history, an actor of colour is nominated in each acting category, while four of five best documentary nominees were made by black filmmakers.

However, while this crop of Oscar contenders better reflects today's diversity, it's not a total triumph. As many have pointed out, there's a lot to be done to better incorporate underrepresented film industry groups — from Latino, Asian, Indigenous and LGBT performers to female filmmakers, screenwriters, editors and other movie specialists.

Canadians in the spotlight

It's a banner year for Canuck finalists at this year's Academy Awards, with Ontario-born actor Ryan Gosling vying for a trophy and Quebec filmmaker Denis Villeneuve's sci-fi thinker Arrival a top contender.