Natalie Wood's death certificate has been changed to reflect some of the uncertainties and lingering questions surrounding the actress' drowning more than 30 years ago in the Pacific Ocean off Southern California.

Cause of death now drowning and 'other undetermined factors' 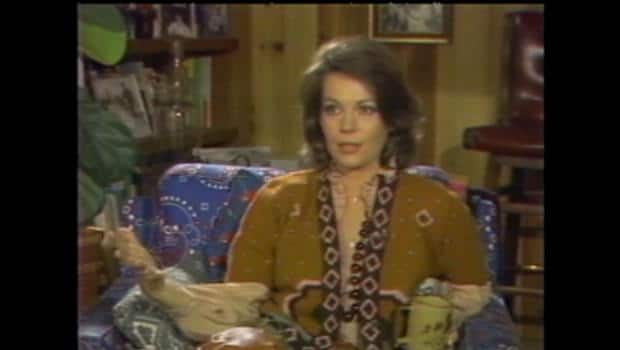 Natalie Wood's death certificate has been changed to reflect some of the uncertainties and lingering questions surrounding the actress' drowning more than 30 years ago in the Pacific Ocean off Southern California.

The document was amended earlier this month and shifts Wood's death from an accidental drowning to "drowning and other undetermined factors," according to a copy of the certificate obtained Tuesday by The Associated Press.

The amended document also now states that the circumstances of how Wood ended up in the waters off Catalina Island in November 1981 are "not clearly established."

The changes occurred nine months after sheriff's homicide investigators renewed their inquiry into Wood's death shortly before its 30th anniversary.

Chief of Detectives William McSweeney said the decision to amend the death certificate was ultimately made by the coroner's office, which has been instructed by detectives not to discuss the case. "I would just say undetermined is descriptive," he said.

McSweeney said detectives still have work to do on the case, but that doesn't necessarily mean that a major shift is coming.

The changes to the death certificate were approved by Los Angeles County Chief Medical Examiner Dr. Lakshmanan Sathyavagiswaran in late June, but they were not formally recorded until Aug. 1. The certificate wasn't made public until just recently.

Conflicting versions of what happened on the yacht shared by Wood, her actor-husband Robert Wagner and their friend, actor Christopher Walken, have contributed to the mystery of how the actress died on Thanksgiving weekend in 1981. Authorities have said Wagner is not a suspect in his wife's death.

Investigators re-opened the case last November but have released few details about its progress. They traveled to Hawaii to inspect the Splendour, the yacht the trio was aboard on the night of Wood's disappearance.

The renewed inquiry came after the boat's captain, Dennis Davern, told 48 Hours Mystery and the Today show that he heard Wagner and Wood arguing the night of her disappearance and believed Wagner was to blame for her death.

Wagner wrote in a 2008 memoir that he and Walken argued that night. He wrote that Walken went to bed and he stayed up for a while, but when he went to bed, he noticed that his wife and a dinghy attached to the yacht were missing.

Wagner has said through a spokesman that he expects the sheriff's department to conduct a fair investigation. An email seeking comment Tuesday was not returned.

Wood was nominated for three Academy Awards during her lifetime. Her death stunned the world and has remained one of Hollywood's most enduring mysteries. The original detective on the case, Wagner, Walken and until recently, the coroner's office, have all said they considered her death an accident.