Music might help people with cognitive impairment, including Alzheimer's and Parkinson's disease, a study suggests. 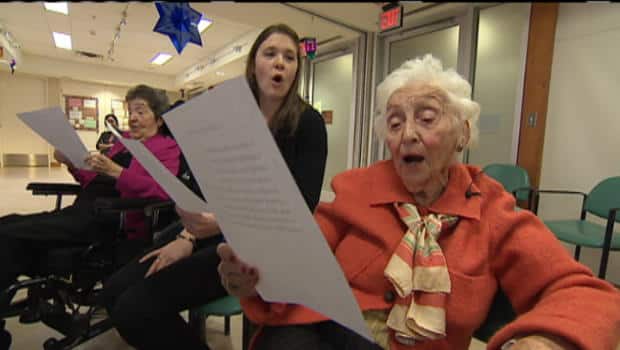 8 years ago
2:25
There's growing evidence that music can help people struggling with disorders of the mind, like autism, dementia, and Parkinsons. Kim Brunhuber looks at the breakthroughs in music therapy. 2:25

Music might help people with cognitive impairment, including Alzheimer’s and Parkinson’s disease, a study suggests.

Frank Russo, a cognitive scientist doing research at Ryerson University in Toronto, is using new technology to probe the link between sound and the parts of the brain that control movement.

Music therapy can help Parkinson's patients walk and people with Alzheimer’s remember, with song lyrics surfacing in the brain even among people who have lost the ability to recognize their own relatives.

Russo is hoping to develop a clearer picture of how music can rehabilitate damaged circuitry and hopes to apply that research to conditions ranging from autism to stroke.

CBC's Kim Brunhuber reports on how music therapy might grow as the population ages.