You stole my song! 4 historical examples of music plagiarism

As Robert Plant and Jimmy Page of Led Zeppelin head to court to fight copyright infringement allegations from the band Spirit, we look back at notable examples of music plagiarism that may surprise you.

Accusations of musical plagiarism are not unusual 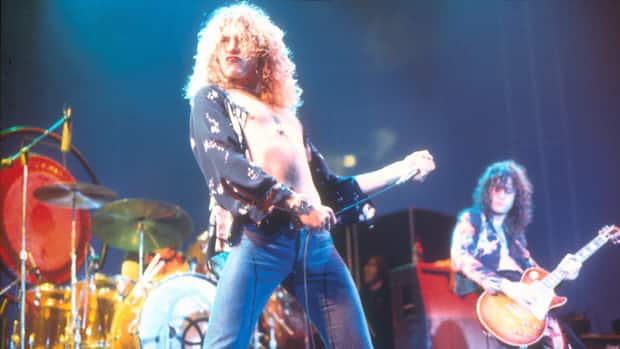 4 years ago
13:54
Led Zeppelin's Robert Plant and Jimmy Page are accused of stealing Stairway to Heaven's iconic opening notes from another band. 13:54

As Robert Plant and Jimmy Page from Led Zeppelin head to court over copyright infringement accusations against them over Stairway to Heaven, they're in good company.

Lawsuits over music plagiarism seem to be especially common these days, likely because the digital availability of music makes it easier for artists to have access to millions of other people's tracks and the legal system has become better equipped at prosecuting the cases.

But as the examples below show, musical theft — intentional or not — has been with us as long as pop music itself. And it has involved some of the most revered songs and songwriters of all time.

Johnny Cash's 1955 song about a convict dreaming of escaping prison is one of his signature tunes, synonymous with his outlaw image and includes one of Cash's classic sinister lines, "I shot a man in Reno, just to watch him die." Cash wrote the song while he was in the military, and the scene of the song's creation was even shown in his biopic Walk the Line.

But just two years earlier, a similarly titled tune, Crescent City Blues was written by songwriter Gordon Jenkins and sung by torch singer Beverly Mahr. The song, about a lonely woman hoping to escape her mid-Western town, was strikingly like Cash's later hit, in both melody and lyrics.

Cash did not deny the resemblance, saying he heard the song on the radio and was inspired by it at a time when he had no idea he'd become a professional musician. When Jenkins sued him, in 1968, Cash settled out of court for $75,000 US.

1971: George Harrison sued by Bright Tunes for My Sweet Lord

If John Lennon's forte was political songs and Paul McCartney's was love ballads, "the quiet Beatle" George Harrison had the patent on songs dealing with all things spiritual, including the 1971 hit My Sweet Lord. With its utterances of both "Hallelujah" and "Hare Krishna," Harrison claimed the tune was inspired by his spiritual rebirth in India.

Unfortunately for Harrison, music publishers Bright Tunes thought he got his inspiration in less exalted ways. In 1971, Bright Tunes sued Harrison for ripping off the melody from the song He's So Fine, written by songwriter Ronnie Mack (who was already dead at the time) and performed by the all-female group, the Chiffons.

The lawsuit made big news in its day, as it questioned the orthodoxy held dear by many music lovers — that the members of the Beatles were above copying other people's tunes. But the law disagreed. The case dragged through the courts for five years, with the judge finally decreeing, in 1976, that Harrison "subconsciously" plagiarized the song.

1992: Radiohead sued by The Hollies for Creep

Radiohead's Thom Yorke is widely acclaimed as a songwriter of rare creativity because of his propensity to successfully experiment with different sounds on each album.

The band's ascent to rock royalty began with its 1992 debut single, Creep. Lyrics about alienation and self-loathing summed up the youthful angst of the alternative rock generation.

Though less dark in subject matter, The Hollies' 1974 hit The Air That I Breathe had a remarkably similar melody to Creep.

Radiohead's strange relationship with the song continues. It's their biggest commercial hit, but the band hates the song and rarely performs it in concert.

When Prince covered Creep at 2008's Coachella, it seems Yorke suddenly did feel ownership over the song. Prince blocked the video of the performance from appearing on YouTube (something he did with most of his material), which prompted Yorke to comment that Prince should unblock it since it's "Radiohead's song." The song was unblocked and to this day, Prince's moving rendition of the song still lives on YouTube with the credit "uploaded via permission of Radiohead."

2015: Sam Smith sued by Tom Petty for Stay With Me

Perhaps the least acrimonious of all copyright infringement suits involved two big names: Sam Smith and Tom Petty. British singer-songwriter Smith won legions of fans with Stay With Me, a heartbreaking tune about asking a lover to stay the night, despite the fact "this ain't love, it's plain to see."

But in 1989, three years before Smith was born, rock legend Tom Petty had a remarkably similar-sounding tune about a very different subject — standing strong in the face of obstacles. Petty and co-writer Jeff Lynne decided to sue Smith for copyright infringement of their hit Won't Back Down.

In an interview with CBC's Ian Hanomansing in 2015, Sam Smith said he'd never heard Petty's tune, and that if any plagiarism was done, it was unintentional.

The copyright dispute was settled quietly out of court. Petty and Lynne are now listed as co-writers of Stay With Me and receive 12.5 per cent of the song's royalties. In a Facebook statement, Petty said he held "no grudge" against the younger musician.