A code of conduct, a hotline, and ongoing discussions about sexual harassment following #MeToo are leaving some actresses in Hollywood hopeful that change is starting to happen at ground level.

Code of conduct, hotline and workshops on sexual harassment could help create safer environment on set

A code of conduct, a hotline and ongoing discussions in Hollywood about sexual harassment are translating into small but significant changes, not just on set, but also for young people starting their careers.

Canadian teen Saara Chaudry, who voiced the lead character in the Oscar-nominated animated feature The Breadwinner, said she's caught glimpses of the industry's dark side — even at the age of 13. Empowerment, she said, comes from knowing change is happening and, in the meantime, from her mom.

"She always, always talked to me about these types of issues and made me understand what I could possibly face and how to deal with situations," Chaudry, 13, told CBC News in Los Angeles.

It's a conversation that wasn't always so open, particularly for those who began decades before.

René​e Percy, who started as a child actor on Degrassi High and has worked in the industry for nearly 30 years, said she's experienced harassment many times, including by a well-known filmmaker facing accusations from dozens of other women.

"It's happened my whole life and because of the way we've sort of just swept it under the rug for so long or just the verbiage around it has been like 'oh that's just the way it is' or whatever, that I didn't even identify it as as harassment," said the L.A.-based Canadian actress.

Percy recently channeled her emotions into her work — spearheading a Funny or Die episode online in January called Funeral For Men. It was inspired by the number of famous people, from Bill Cosby to Louis C.K, being accused of misconduct. 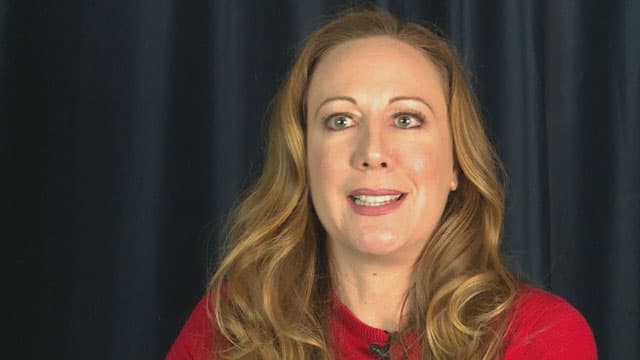 Has Hollywood changed in the wake of #MeToo?

3 years ago
11:22
It has been months since Hollywood first dealt with allegations of sexual misconduct, but has it changed in the wake of the #MeToo movement? CBC News spoke to actors and journalists who cover Hollywood to find out if they're seeing change. 11:22

From small projects to large ones, the sheer volume of complaints has inspired a number of initiatives, many of which are trying to bring tangible change.

Time's Up, a movement that has now raised more than $20 million US to help victims of sexual harassment with legal defence funding, is now pushing to achieve gender parity in the industry by the year 2020 by involving key players.

"This is a movement of women, people of colour and LGBTQ members of the entertainment industry, advocating for leadership and hiring practices that reflect the reality of our audiences," the Time's Up organization said in an email to CBC News.

And they're not alone.

SAG-AFTRA, the union that represents more than 160,000 entertainment industry professionals in the U.S., held workshops this week for senior-level members on how to identify and prevent sexual harassment in the workplace.

Earlier this month, the organization also issued a code of conduct and set up a hotline to report breaches. It's encouraging for some.

"So now you're signing them, saying 'I've read this and I know that I'm not supposed to do this.' So then if you do it, someone could sue you.… Before the #MeToo movement, people were able to have a reign of terror for years because they never felt like anything was going to be done."

"I have a friend that was on set recently and she said, 'you know, there was a guy on set that was completely inappropriate and people said something and he was fired,'" Percy recounted. "So it still happens. But the encouraging thing is it used to take 20, 30, 40, 100, 200-and-something women … for change to happen. And now people are starting to believe just one woman."

For someone like Chaudry, who's just beginning to explore Hollywood's many layers, each change will make it easier when her parents are no longer her chaperones.

"I'm really grateful for the fact that we're doing something now," said Chaudry. "It would be a blessing if, when I'm older, we won't have to talk about these things anymore."

With files from Kim Brunhuber