Massey Hall, Toronto's iconic music venue, is 'mixed up with so many great memories, both as a fan and as a performer,' says Geddy Lee of Rush. He and other Canadian musicians recall the hall's rich history ahead of its closure for much-needed renovations.

'It's mixed up with so many great memories, both as a fan and a performer,' says Geddy Lee of Rush

Massey Hall, Toronto's iconic concert venue, holds a special place in the hearts of musicians and music lovers around the world. And it's falling apart – but that's about to change.

Built in 1894, it was the first hall in Canada constructed primarily for musical performances – and it has hosted some great ones. Musicians as diverse as Enrico Caruso, Glenn Gould, James Brown, U2 and Justin Bieber have played the stage.

From 1922 to 1982, Massey Hall was home to the Toronto Symphony Orchestra.

Throughout its history the hall has been used for more than just music, housing political meetings, comedy performances like Conan O'Brien and John Cleese, and even sports. For a few years early in the last century, wrestling events at Massey Hall outnumbered musical performances three to one.

But with the Victorian structure — which turns the 124 on Thursday — showing its age, Massey Hall is about to close for two years as it undergoes major renovations.

"Improve everything. Change nothing," says Eileen Costello, chair of Massey Hall's board, about the plan for revamping the legendary concert venue. "The 'change nothing' theme is about the acoustics and the relationship between the audience and the stage."

Here's a last look at Massey Hall before the renovations start, and at some of the venue's incredible musical history.

Not your average stage

For the performers who have stood on the stage, shows at Massey Hall have always been more than your average gig.

"The room makes me smile," says Geddy Lee, lead singer and bassist for Rush. "It's mixed up with so many great memories, both as a fan and as a performer."

'Playing with the big cats' 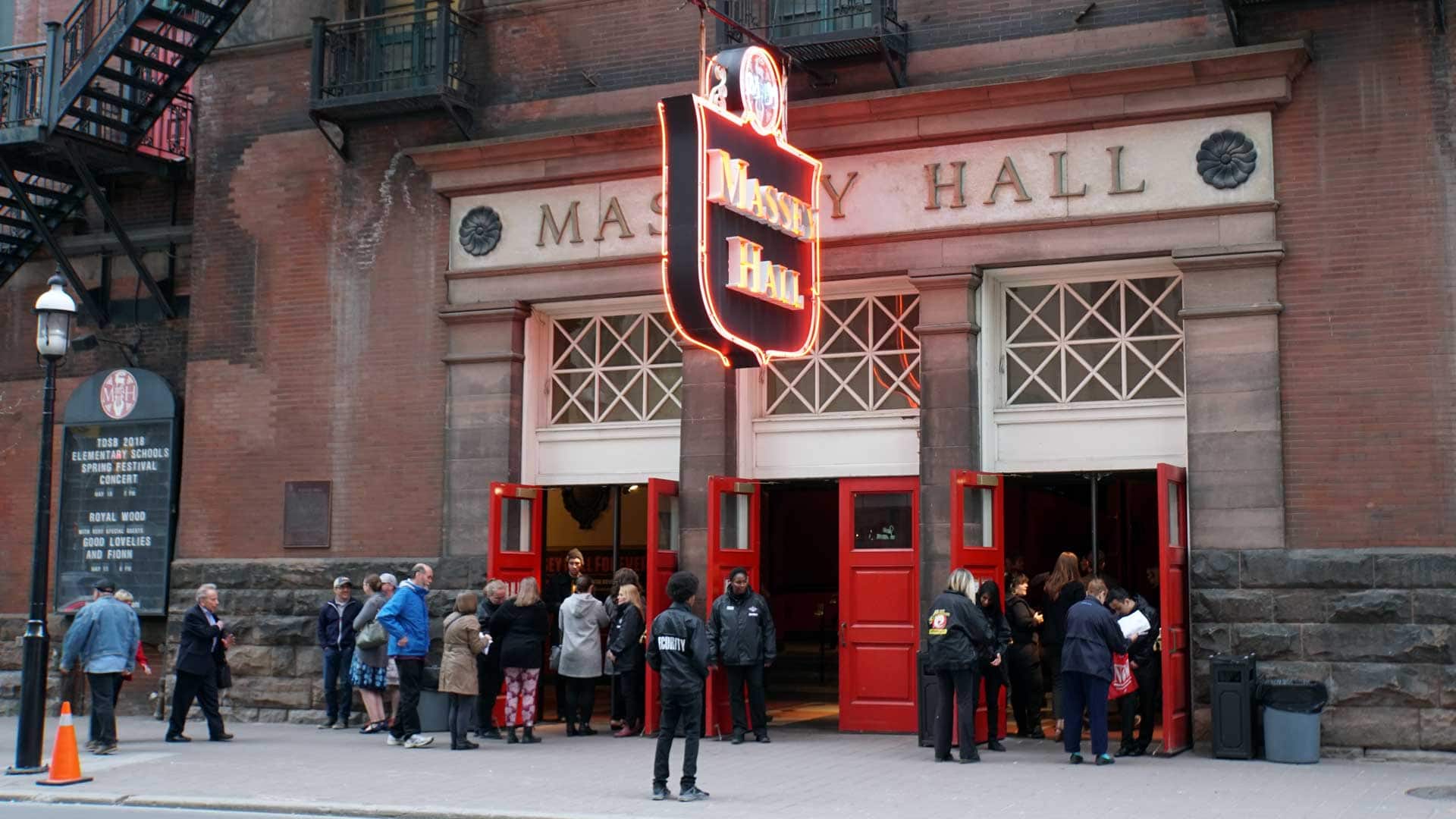 3 years ago
0:38
Tyler Stewart of the Barenaked Ladies, Geddy Lee of Rush, and Margo Timmins of The Cowboy Junkies share some thoughts about what makes Toronto's Massey Hall so special to Canadian musicians. 0:38

As Tyler Stewart of the Barenaked Ladies puts it, "This is the place, man. When you've played Massey Hall, you've arrived."

Margo Timmins of the Cowboy Junkies says every gig there is special.

"When you get on that stage, you know you're playing with the big cats. This is where history has been made in your industry. So many great shows have happened here."

Here are just a few of those memorable moments:

'This is from Rush!' 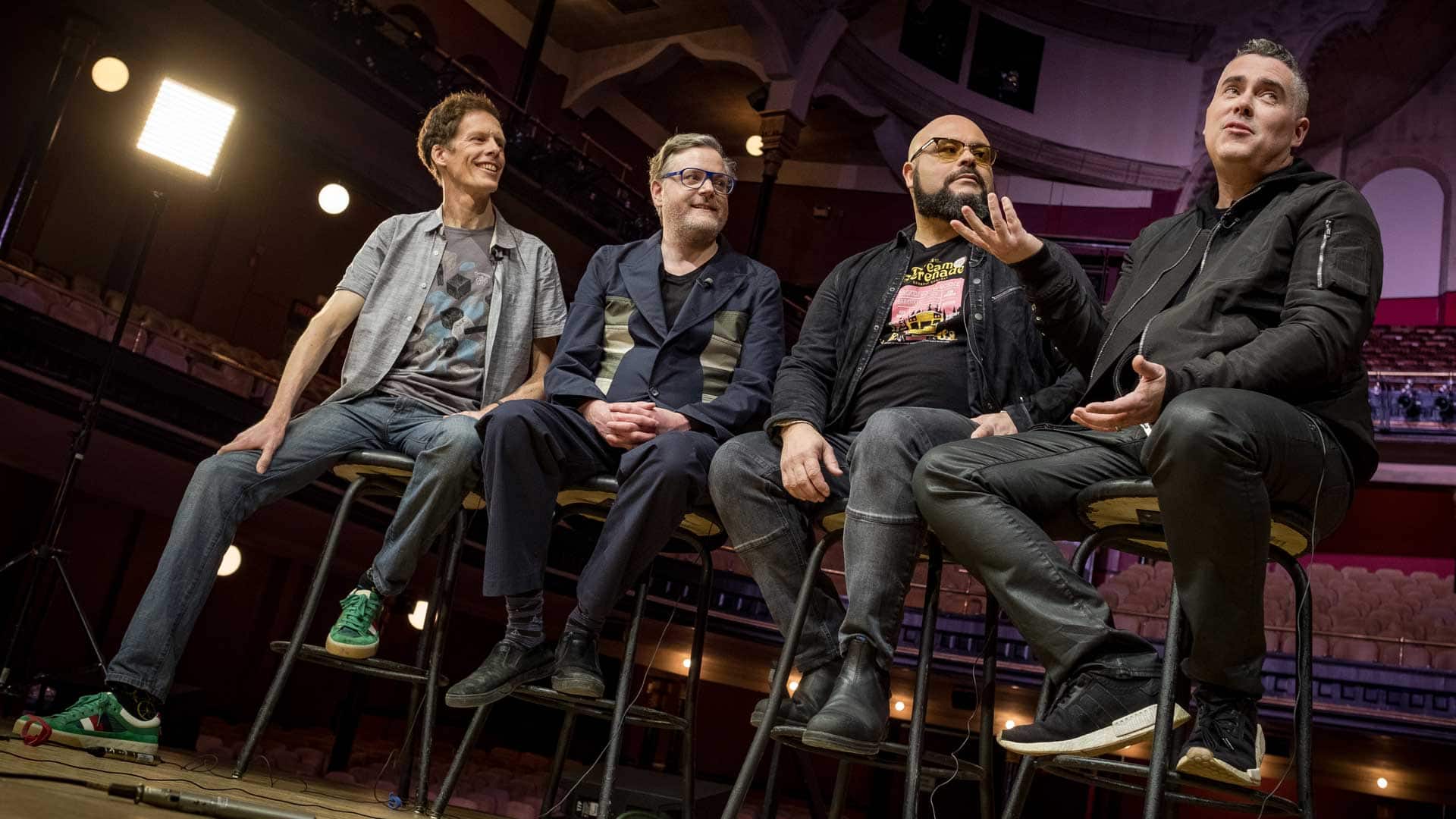 The Barenaked Ladies describe the 'Rush' of playing Massey Hall

3 years ago
0:42
When the Barenaked Ladies played their first set of shows at Toronto's Massey Hall in 1993, they were thrilled to find a bottle of champagne in the dressing room from their rock heroes, Rush. 0:42

The hall has also created some behind-the-scenes memories for those who've been on stage there.

When the Barenaked Ladies first played Massey Hall in 1993, they did a four-night run, breaking the record for consecutive shows by a rock band that had previously been held by Rush. The band was ecstatic when they found a gift in the dressing room from their rock heroes — a celebratory bottle of champagne.

Numerous live records have been recorded at Massey Hall, some of them with a revered place in music history.

The promoters were convinced that word of mouth would be enough, but it wasn't. The gig was poorly attended. It didn't help that the date coincided with a boxing prize-fight between Rocky Marciano and Jersey Joe Walcott. The Jazz Society lost money on the show, and wasn't able to pay the performers.

However, a recording of that night has become legendary in jazz circles. It has been released under the titles Jazz at Massey Hall and The Greatest Jazz Concert Ever. It was the last recorded meeting between Gillespie and Parker, and the only time these five performers played together.

Neil Young's 1971 Massey Hall recording is another standout in the history of the building.

Young played solo, treating the audience to songs that would later be released on the album Harvest. The recording circulated as a bootleg for many years and was officially released on CD in 2008, becoming an instant classic.

All the world's a stage 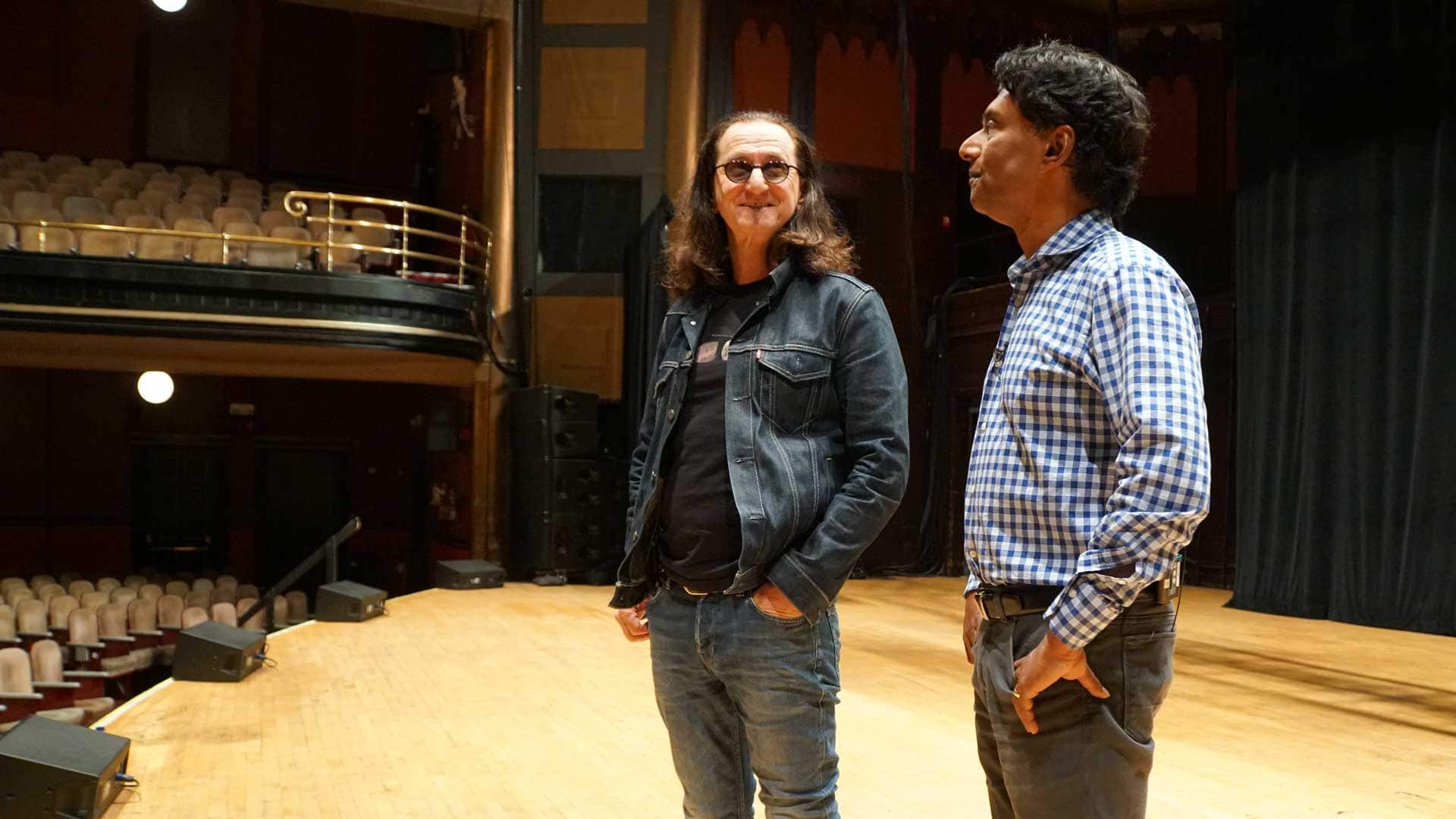 3 years ago
0:39
Geddy Lee of Rush talks to CBC's Ian Hanomansing about recording the 1976 live album All the World's a Stage at Toronto's Massey Hall. 0:39

In 1976, Rush was a young band just starting to break through into the United States, and they returned to their hometown to record All The World's a Stage.

"It was Massey Hall, you know. It was the hall that we always dreamed of playing," says Geddy Lee, standing on the empty stage and reminiscing.

The rush of playing the legendary stage is not lost on younger generations. Canadian trio The Good Lovelies recently played their first Massey Hall gig. 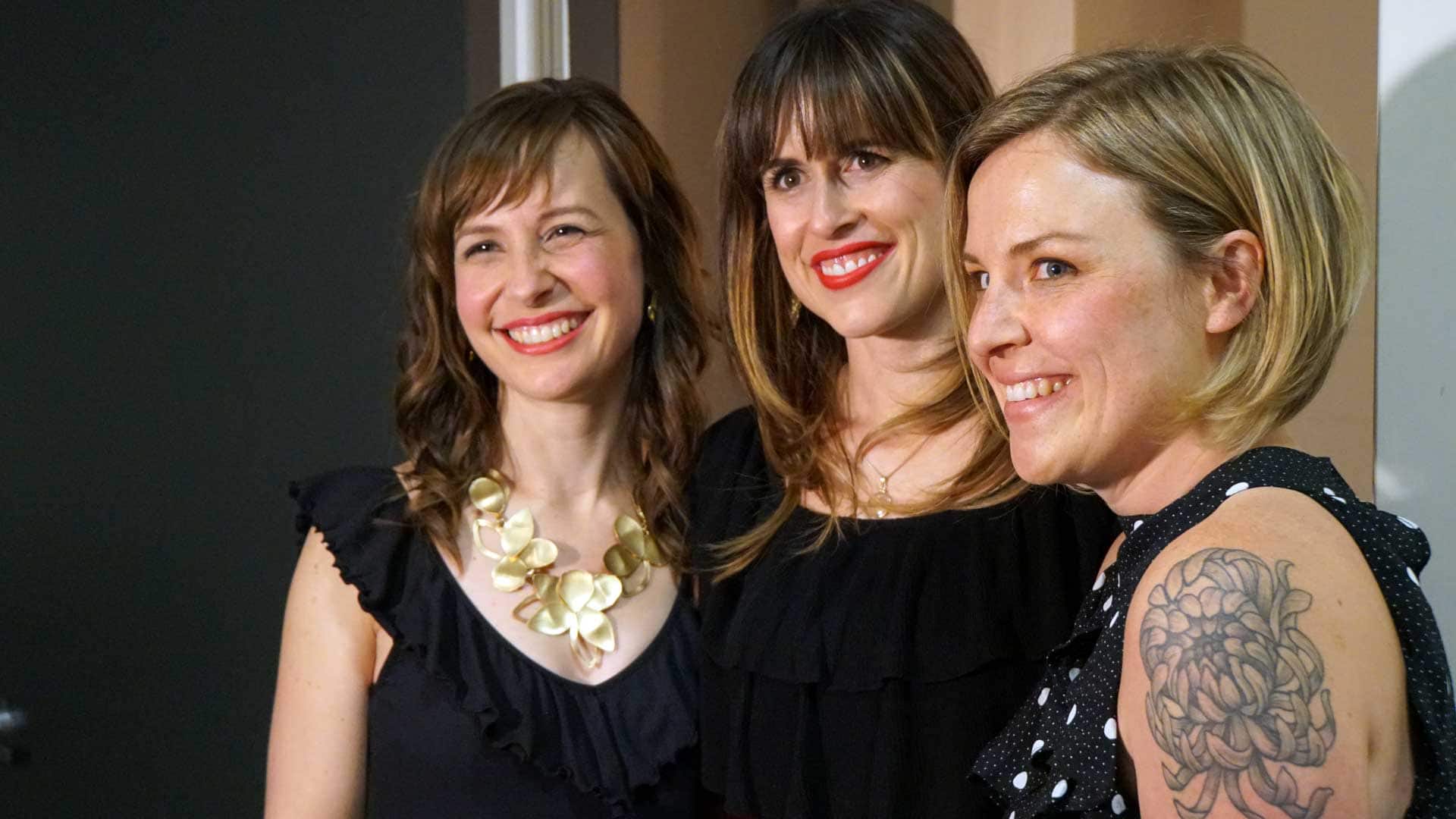 3 years ago
0:37
Just after getting off stage, Toronto band Good Lovelies discuss what it was like to play Massey Hall. 0:37

When she first walked onstage for the soundcheck, singer and guitarist Caroline Brooks was surprised at its size.

"We've definitely played bigger venues than this, but it's so legendary that it's like it feels so much bigger than it is."

At 124 years old, Massey Hall is in desperate need of an upgrade.

It will shut down at the beginning of July to undergo what those overseeing it call a "bold" revitalization.

There will be an addition at the back of the hall that will be accessible through external glass corridors called passerelles.

There will also be two more performance spaces and bathrooms on every level.

The revitalization plans include the restoration of stained glass surrounding the original performance area. The windows were covered up over a century ago to mute street noises.

"What we're doing now is working with the acoustician to determine how we can maintain that special sound, while still showing the stained glass windows and restoring them," says Massey Hall Board Chair Eileen Costello. 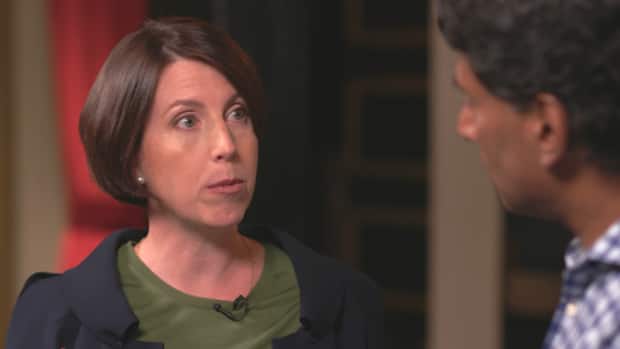 3 years ago
0:36
Massey Hall Board Chair Eileen Costello talks about the restoration of stained glass at Massey Hall that had been been boarded over and hidden for the past century. 0:36

The entire project is expected to cost more than $140 million. The Federal and Provincial governments are contributing two-thirds of the cost, with private fundraising covering the rest.

Gordon Lightfoot has played Massey Hall more than any other individual performer. He will be the final act to play Massey Hall in its current state.

Despite having been on stage there more than 160 times, he still feels every gig there is extraordinary.

"Every moment at Massey Hall is a special moment," he says.

Watch Ian Hanomansing's retrospective on Massey Hall from The National: 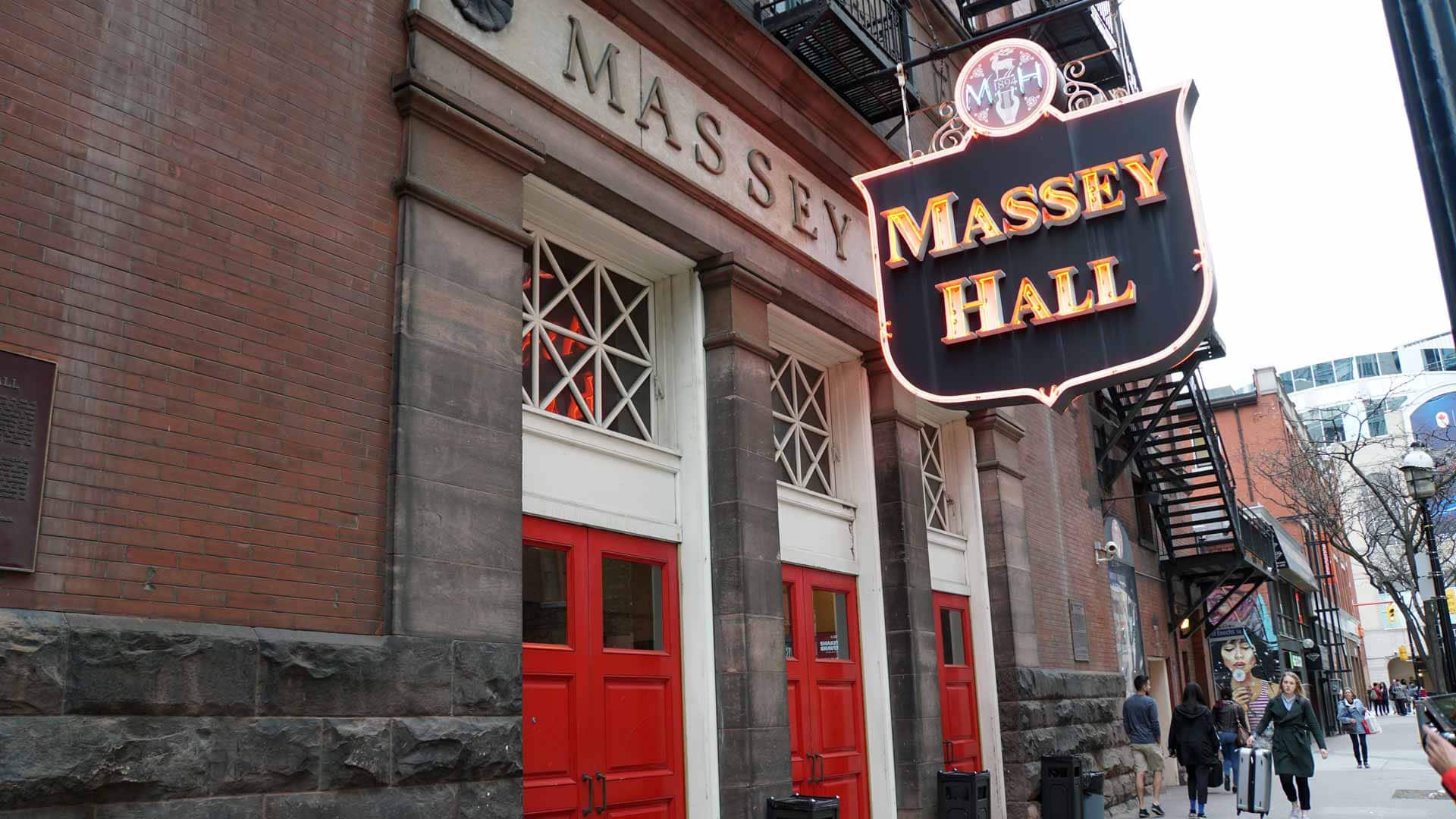 3 years ago
8:13
The National takes you inside the 124-year-old concert hall with some iconic Canadian musicians who share their fondest memories on the legendary stage. 8:13

Greg Hobbs is a senior media librarian and producer with The National.