Put that phone away! Locking cellphone pouch puts focus back on the live show

You arrive at a live show and discover your cellphone must be locked in a pouch so you can't use it during the performance. Are you relieved no phones will block your view or irritated you can't share footage yourself?

You arrive at a live show and discover your cellphone must be locked in a pouch so you can't use it during the performance. Would you be relieved that nobody will be blocking your view with a cellphone held high or irritated you can't share footage of the event yourself?

Patrons place their phones (on vibrate mode) in the lockable pouches in the lobby of the venue and take them into the performance. If they get a call, they can return to the lobby to have their phone unlocked. 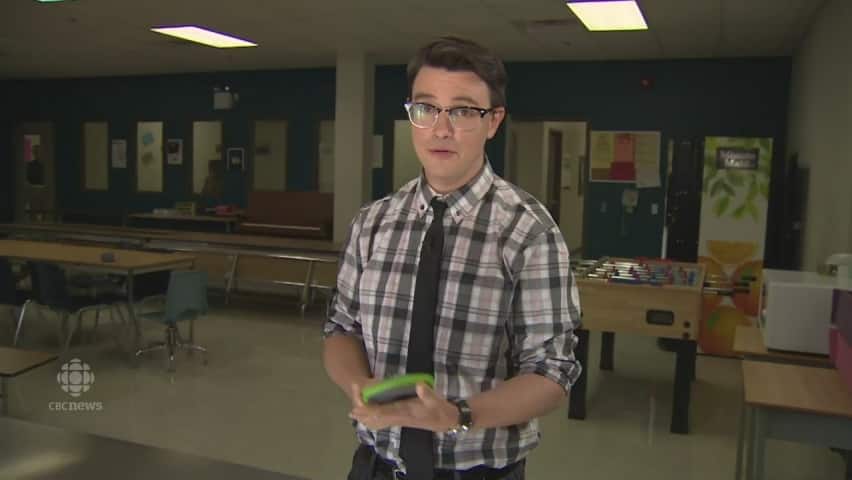 How Yondr works: a quick demo

When everyone at a concert is preoccupied with their phone, "you've taken little nicks and cut out of the experience in a way that doesn't allow the event to build into something, which is why people go to live experiences in the first place: to be swept up into a shared mood in a physical space in real time with everyone there," Dugoni says.

With audiences snapping photos, sharing tweets and instantly posting clips of shows online, smartphones have led to some not-so-smart moments in the world of live performance. Remember that fan playing Pokemon Go near the front row of a Beyoncé concert?

Many performers have voiced their frustration on the very stages where they're being filmed, often to no avail.

​Rihanna blasted fans to stop texting their "boyfriends and girlfriends" and instead just watch her show, while Adele was captured in cellphone footage pleading with a woman in the audience at one of her live concerts.

"Can you stop filming me with a video camera, because I'm really here, in real life," she implored.

Now some artists are insisting on "phone-free concerts" as a way to keep fans from posting their material online, and to keep them from being so preoccupied with sharing selfies and clips that they miss out on the spontaneity and connectedness of the event.

Comedian Dave Chappelle, who hosted Saturday Night Live's post-election show to rave reviews this past weekend, is among those leading the way.

In Canada, he was the first to enlist the services of Yondr, Dugoni's San Francisco-based company, for a recent gig at the Danforth Music Hall in Toronto.

But are audiences ready for unmediated reality? It remains a surprisingly thorny subject.

"I'm pretty much against it. I feel like social media contributes to what musicians do. When I take photos at concerts, I think it helps promote the artist," says concertgoer Suzanne Alyssa Andrew.

"I also feel like it's kind of free speech, and for a woman it's for safety, so I like to have my phone."

Ubiquitous cellphone use at live events "takes away from the experience," says Chris Bolarinho, a music fan and DJ.

This technology "would take you back to when there was a time you would actually buy your ticket, go see the show and enjoy it, go out after, talk about the show — instead of just sitting there having coffee, going through your phone and looking at the video again," he said.

Beyond the stage, Yondr pouches are now also being used in schools, at weddings and film screenings, with requests even coming from parents who want to use them at home. 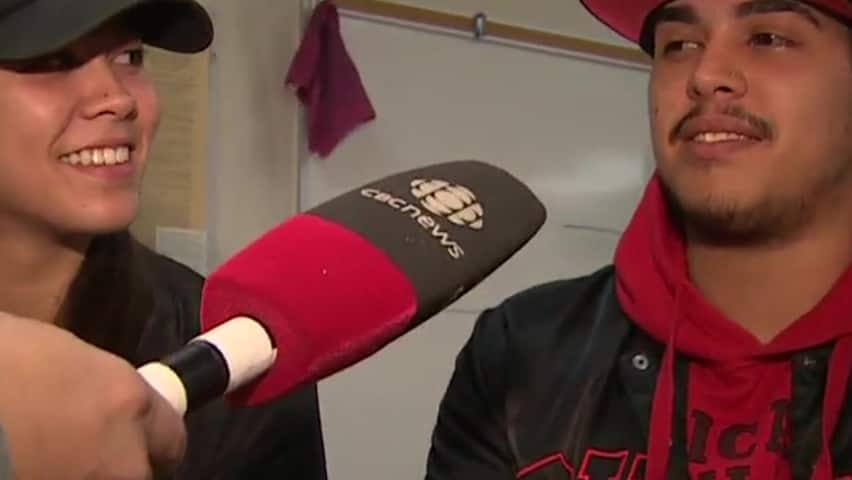 'More time to focus:' using Yondr in the classroom

4 years ago
0:57
Waterloo, Ont. high school students on having their cellphones locked in Yondr pouches during classes. 0:57

We've become so dependent on having our phones at all times that some believe constant access to their device is "a basic human right." However, with many live social interactions now taking place through a screen, cellphone addiction is cited as a growing detriment to our quality of life.

For instance, students at a high school in Waterloo, Ont., are using Yondr in their classroom. They had mixed reactions to the pouches when their teacher first brought them into the school, but most admit they appreciate them for helping them to focus on their studies.

"At the end of the day, we're at school to get our work done," says Faith Saechao.

"The pouches, I feel like they really help with taking that distraction away and everyone is able to focus on what we're really here to do."