The magic behind the musical La La Land, starring a singing and dancing Emma Stone and Ryan Gosling, might appear effortless, but didn't come easily.

Months of piano prep, shutting down an L.A. freeway and even Gosling's own audition experience went into film

The magic behind the musical La La Land, starring a singing and dancing Emma Stone and Ryan Gosling, might appear effortless, but didn't come easily.

These behind-the-scenes stories from the stars of the film as well its director, Damien Chazelle, and musician John Legend in his first feature role will make you see why critics and audiences are singing its praises.

Gosling's true audition story made it into script

As an aspiring actor (and barista) trying to make it in Hollywood, Stone's character Mia goes through multiple auditions in the film, including one where the casting director takes a phone call midway through her tearful performance.

Turns out, that actually happened to Gosling, who's from Ontario, early in his career.

"He told the story to Damien [Chazelle] and Damien put it in the movie," Emma Stone, who previously starred alongside the Canadian in Crazy, Stupid, Love and Gangster Squad, told CBC News in Los Angeles.

"But it's not just specific to me," Gosling, seated next to her, replied.

"I think you're the only person that's ever happened to, in all fairness," Stone joked. 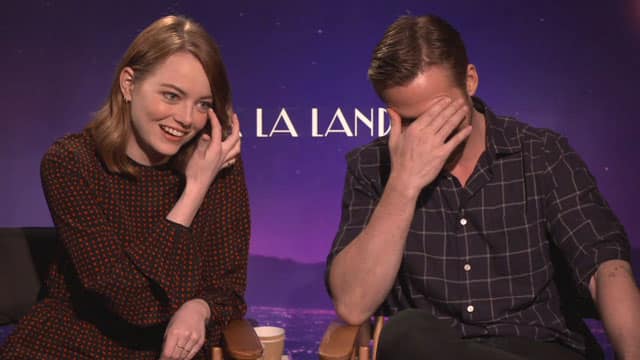 4 years agoVideo
0:46
The stars of La La Land say one of the Canadian actor's actual auditions made it into the script 0:46

Chazelle said the cast and crew had two days to film the sweeping opening number after the city allowed a freeway ramp in Los Angeles to be shut down for one weekend.

In the six-minute scene, cars are bumper-to-bumper before a sunny song-and-dance begins to juxtapose the beauty of Los Angeles with the inherent disappointments it presents for artists.

"It was tough," Chazelle said during an interview in Los Angeles with CBC News. "We filled it front to back with cars and dancers — a hundred dancers."

He said the biggest variables in getting the bright and exuberant scene right and done quickly had little to do with the performance itself, which had been rehearsed numerous times in advance. The larger battle was with the heat, wind, cloud cover, and unpredictable complications, including a truck door integral to the shot that became jammed.

"All these little or big things seem to go wrong. That was the challenge, was kind of sustaining it within that real environment that's a little bit chaotic." 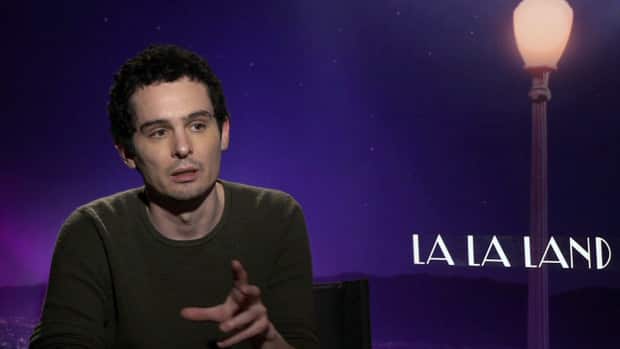 Gosling spent four months learning how to play the piano every day to get to a level that would make his jazz musician character Sebastian convincing.

Have you played before? Cuz you can't be this good right away.- John Legend on Ryan Gosling's piano skills

The film was shot with many long takes, so if you think there was room for CG manipulation or a pianist look-alike, think again.

"There's no hand replacements," said Chazelle, who also directed Whiplash. "There's no piano double at all in any shot of the movie."

Even Legend did a double take.

"I was like, 'Have you played before?'" Legend joked. "Cuz you can't be this good right away." 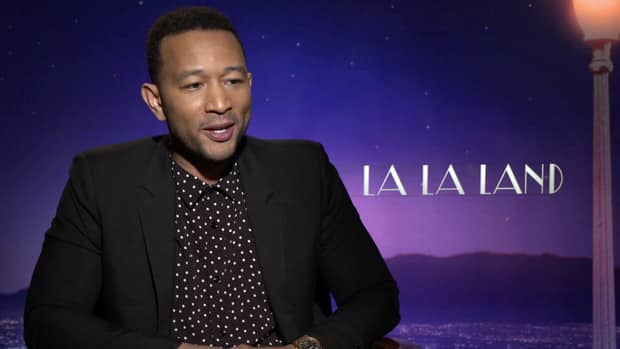 4 years agoVideo
0:57
Legend, who has his first feature film role in La La Land, describes his awe at Gosling's quick learning; Chazelle explains how much preparation went into the production 0:57

John Legend takes on acting ... and the guitar

Legend might have learned to play piano at age four, but had to take up the guitar to play Keith, a musical frenemy who invites Sebastian to play in his successful band. Keith's progressive approach clashes with Sebastian's traditional view of jazz.

"There's also plenty of artists that believe it's important to them to be influenced by those artists from before but to make something new," he told CBC News in Los Angeles. "That was the option I was presenting as my character."

The Love Me Now singer had a guitar coach and also had to sharpen his acting skills to hold his own opposite his talented co-stars.

Expect a La La Land tour on your next L.A. visit

OK, this is just speculation, but the film showcases the dichotomy of Hollywood's warmth, beauty, coldness and despair by using a ton of real-life locations including the famous Griffith Observatory, Hermosa beach and downtown L.A. Even Angelenos might see their city in an entirely different light.

"It is definitely a movie that was made by people who definitely didn't grow up surrounded by all this," said Stone.

And with the success this film is racking up, that in itself, is a tourism map waiting to happen.

Watch more from the interviews with Stone, Gosling, Legend and Chazelle below. 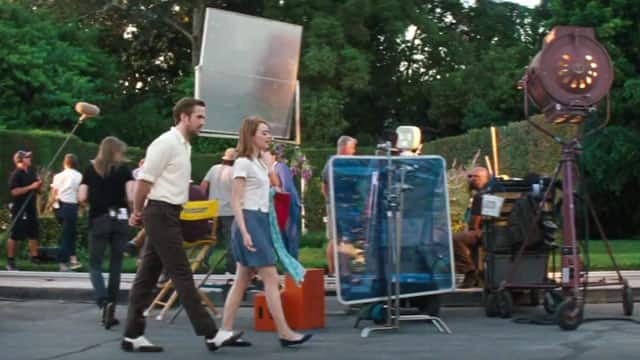 4 years agoVideo
1:45
The stars and director of the film talk about what went into making the lauded musical. 1:45
CBC's Journalistic Standards and Practices|About CBC News