The Canadian Academy of Recording Arts and Sciences (CARAS) revealed the latest musicians up for Canada's most prominent music honour, with contenders in more than 40 categories, in Toronto Tuesday morning.

Toronto R&B star The Weeknd heads the list with six nominations, including artist and songwriter of the year as well as album of the year for Beauty Behind the Madness. The singer, whose real name is Abel Tesfaye, was also among the lead contenders for the Grammy Awards being handed out in Los Angeles on Feb. 15.

Right behind him is Toronto rapper and former collaborator Drake and Stratford, Ont., pop phenom Justin Bieber, who earned five nods each.

Two newcomers to the scene who also shot to fame over the past year — singer-songwriter Alessia Cara and digital video sensation Shawn Mendes — earned four nominations each. 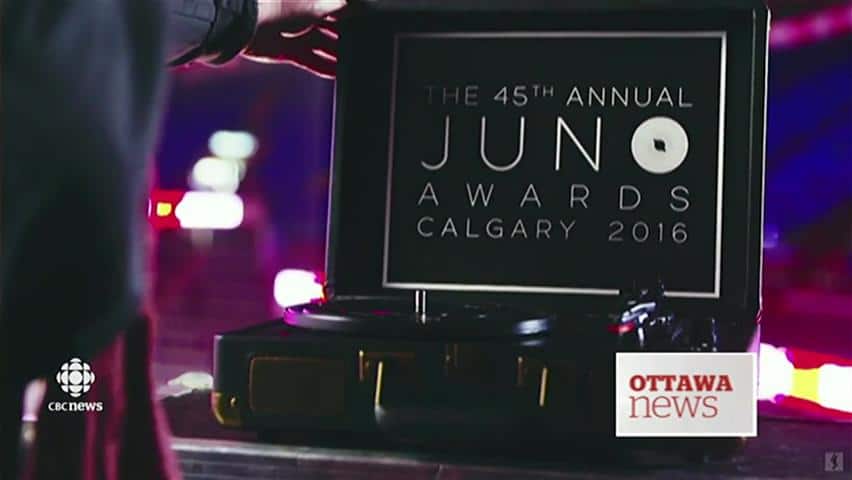 5 years agoVideo
1:45
As homegrown artists dominate the music charts, Canada's upcoming Juno Awards will honour their achievements of the past year. 1:45

Artist of the year:

Over the past year, Canadian artists were a dominant force in North American music, with The Weeknd, Drake and Bieber delighting fans and regularly topping the charts, Mendes moving from social media attraction to real-life star and teen singer Cara earning praise from music critics and celebrities.

Cara was previously announced as a performer at the upcoming gala. Organizers added to the lineup today, with Dean Brody, Bryan Adams, The Weeknd and Mendes also set to take the stage.

The 2016 Juno Awards take place in Calgary, with a week of JunoFest celebrations set for March 28 through April 3.

The televised ceremony will include a tribute to singer-songwriter Burton Cummings, who will be inducted into the Canadian Music Hall of Fame for his solo career.