The long-gestating biopic Mandela: Long Walk to Freedom is an epic, personal retelling of the anti-apartheid icon's life story, with Brit Idris Elba earning kudos for capturing the essence of the man. 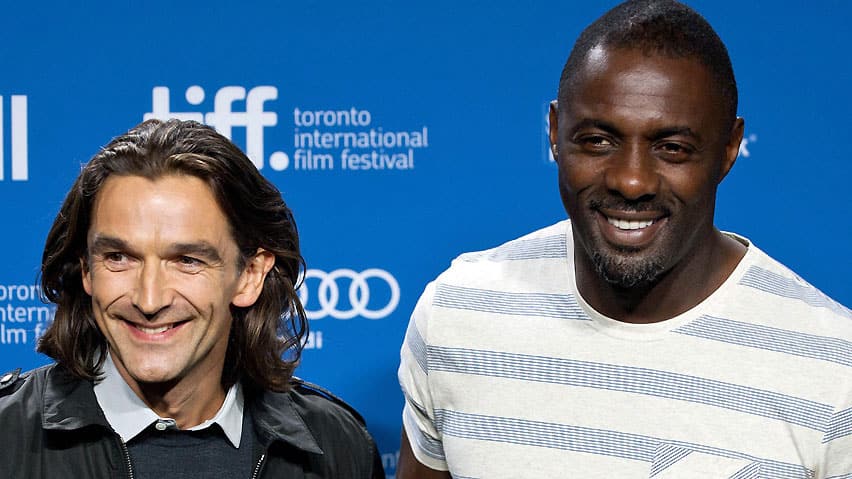 When producer Anant Singh first approached Nelson Mandela to make a film about him, the anti-apartheid icon purportedly replied: "Would anyone want to watch a movie about my life?"

Despite several recent productions that have depicted Mandela's life, "this is the quintessential story. We want to tell the epic biopic, his entire journey," Singh told reporters on Sunday, a day after the film's gala premiere at the Toronto International Film Festival.

"[Mandela] never pressured me…He said 'Don't bother me. I trust you. Go make the movie,'" Singh recalled. "It's the only one he has supported, endorsed, blessed."

Once Singh won the rights to adapt Mandela’s autobiography, the incredible responsibility of the task at hand was shared by everyone in the production, from director Justin Chadwick to its cast, which includes Naomie Harris as Winnie Madikizela-Mandela, and crew.

The intention was to present a more personal take on the widely recounted story of the man affectionately known as Madiba (his clan name), "to portray him as a man, as a human being," Chadwick said.

"We all know how important Madiba is: he is an icon of our time… but he is a man. He has a family and children. He has had to undergo this incredible sacrifice."

Much of the weight rested naturally on Elba, best known for TV’s The Wire and Luther as well as memorable turns in big-budget films like Thor and Pacific Rim. Before filming, the 41-year-old actor said he spent time in South African cities soaking up the atmosphere and personal stories everyone seemed to have about Madiba.

"There was certainly this willingness for us to go for it, but to know that there was only one chance. There was no messing about with this character or this story. That was made very apparent to me."

According to his South African castmates, however, Elba completely nails the performance: magnetic and commanding, he captures the essence of the man, they said.

While filming a scene of a key speech, for instance, actor Deon Lotz (who portrays politician Kobie Coetsee) described how he felt goosebumps listening to his co-star.

"Many people have tried the accent and being Mandela," Lotz said. But with Elba, "if you closed your eyes, you could hear Mandela and it was brilliant."

"I have met Madiba before and everyone will tell you about the Madiba magic," added actress Terry Pheto, who plays Mandela’s first wife, Evelyn Mase. "I think that's what Idris managed to capture."

The in-demand Elba — who is apparently the exact same height as Mandela — also received what could be the highest praise of all when, in late 2012, producer Singh visited the ailing Mandela and showed him production images and the movie's earliest batch of footage.

"He said 'Is this me?' and he smiled. I said 'It’s Idris and I had to then explain and show him the transformation of Idris from the young Mandela to the old, the prosthetics," Singh recounted.

"He started laughing and that was, to me, that he endorses Idris because hey, if [Mandela asked] 'Is that me?' — that's it!"

Mandela: Long Walk to Freedom, which employed local crews and myriad extras from the communities where they filmed, gave Elba "a new understanding of the word patience and also sacrifice — from Mr. Mandela's life, his family and also the great country which is South Africa," he said.

"I have a new understanding of those words."