Don't bet against Hugh Jackman: How The Greatest Showman defied the critics

When it opened a year ago, the musical about the life of circus magnate P.T. Barnum received many bad reviews. But the passion of its star Hugh Jackman and the hits by songwriters Justin Paul and Benj Pasek thrilled the fans.

Buoyed by a hit-packed soundtrack, the slighted film took in more than $400M

When The Greatest Showman opened on Dec. 20, 2017, the critics found little to love about the musical take on the life of circus magnate P.T. Barnum.

Rolling Stone's Peter Travers called it a "shrill blast of nothing," while the Hollywood Reporter's David Rooney opined it was "all smoke and mirrors, no substance." There were also criticisms around the film's role in whitewashing Barnum's reputation as an exploiter of people with disabilities, and abuser of animals.

"At first, we were worried in terms of will the film stick around in theatre long enough for audiences to experience it," says Benj Pasek, who with songwriting partner Justin Paul wrote the soundtrack for the film. But then the box office numbers started rolling in.

"Very soon after the opening, which was not great in terms of critical response, you saw that people were really championing the movie and that audiences were really loving it and they were the ones that carried the moment in America and across the globe."

Carry it, they did. The Greatest Showman stuck around in theatres for remarkable 219 days, closing in July with a worldwide total of more than $400 million US.

The soundtrack by Pasek and Paul is among the top-selling albums of the year in both the U.S. and U.K. Hugh Jackman has announced an arena tour of his one-man show including the tunes from the movie.

The Greatest Showman isn't the first film to prove itself critic-proof, but it's one of the more remarkable examples of the phenomenon.

Ali Plumb, a London-based film critic who works for BBC Radio One, has a theory on the wide discord between critics' and fans' opinions.

"The Greatest Showman is an easy target for a traditional film critic because it doesn't have any lofty aspirations to really move you through its dialogue, or its dramatic scenes. It just wants to entertain."

But Plumb thought the film accomplished that quite well, mostly due to the palpable passion for the project of its star Hugh Jackman and infectious pop tracks by Pasek and Paul.

Jackman started talking about the movie almost a decade ago and played a key role in convincing studio executives leery of musicals, which cost a lot to produce but rarely make money, that the film should be done.

Plumb points out that the studio behind The Showman is 20th Century Fox, which also produced The X-Men and Wolverine movies starring Jackman, making the actor one of Fox's most trusted and bankable stars. 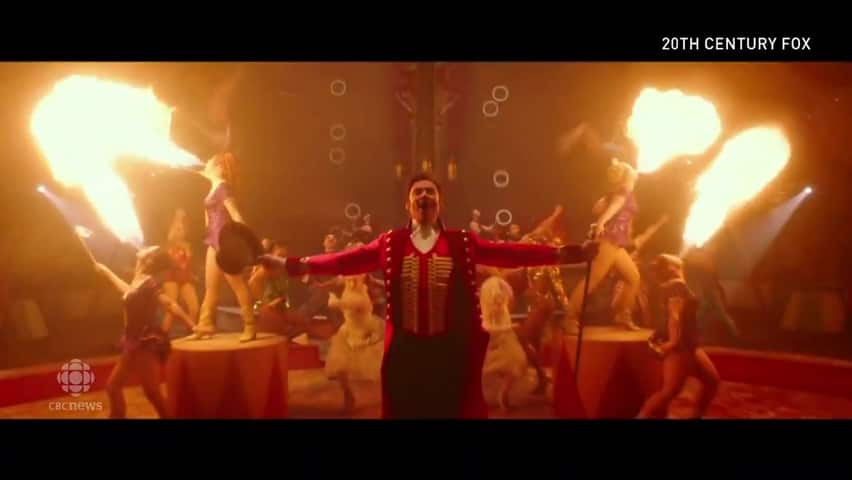 2 years agoVideo
1:17
Songwriters Justin Paul and Benj Pasek on the inspiration and themes behind the music of audience hit The Greatest Showman. 1:17

And Plumb says that passion showed in the movie. "Whether you didn't necessarily love it for the highfalutin, clever reasons, this has a lot of love in it, and you can see it because it screams off the screen."

Magic in the music

But even Jackman's star power would only take the film so far if not for its soundtrack, he adds.

"The film has the best music we've seen in a long, long time."

The songs for the movie, like This is Me and A Million Dreams, are immediately singable pop nuggets by Pasek and Paul, who became famous for their Oscar-winning work on La La Land.

The pair, who worked on the tracks from The Greatest Showman before La La Land, said they were drawn by the film's upbeat esthetics and the fact it's a movie families can watch together.

"It's a movie that really a celebration of optimism and hope. It's not cynical at all. It's really a film that asks you to believe in possibility again — and dreaming," says Pasek.

"Yup, it's cheesy, but you know it's something that the world needs right now." 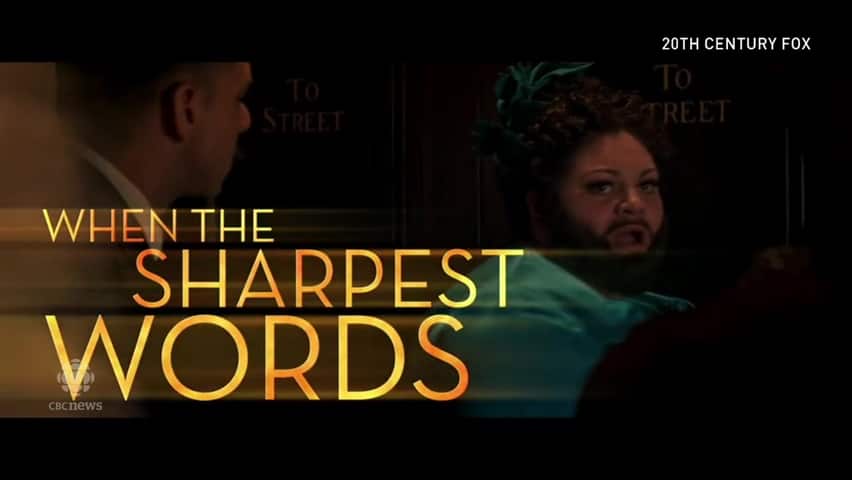 The story behind This is Me, hit song from The Greatest Showman

2 years agoVideo
1:17
Benj Pasek on how he drew from his own experiences to write the standout tune This is Me, a fan favourite from The Greatest Showman. 1:17

Tracks like This is Me — sung in the movie by a Bearded Lady who refuses to be kept out of Barnum's society parties because of her looks — became anthems of self-acceptance for fans, many of whom uploaded their own versions of the songs on YouTube.

"People were able to claim it was their own for so many causes. Such a broad spectrum of groups and individuals wanted to make that song their own anthem," says Paul.

And it looks like some famous singers were fans as well. Pink and Kelly Clarkson jumped at the chance to record their versions of the movie's songs on the new, "reimagined" soundtrack, which was released in November.

A year after the film's release, fan videos continue to proliferate on YouTube, while other devotees have found new ways to help the movie live on.

'More than just a movie'

Gianluca Ferrara, a second-year student in graphic design management at Ryerson University in Toronto, went to see The Greatest Showman with his mom last year. They both loved it.

"I loved the music, the visuals, everything about it. It felt like a show, more than just a movie, a very immersive experience," says Ferrara.

So he decided to design some posters inspired by the movie. Bright yellow, red and black, they play with the film's visual themes and minimalist, geometric shapes to explore the idea of circus and Barnum's imagination.

The posters became popular among the film's fans on the crafts site Etsy, where Ferrara sells them for $8.

But Ferrara says he's more proud of the fact his art is helping fellow fans have something from the movie they love.

"I guess they wanted a piece of it to remember down the road."