When a young Ottawa woman agreed to visit Jacob Hoggard, the lead singer of the pop group Hedley, in Toronto in 2016, she imagined a romantic tryst with a rock star in a fancy hotel. What happened instead, she says, was degrading, painful and 'crossed the line' into sexual assault. The singer says it was all consensual.

She imagined a romantic tryst with a rock star in a fancy hotel; what she got instead, says an Ottawa woman, was pain, shame and recurring nightmares.

The relationship between the 24-year-old, petite blond and Jacob Hoggard, the frontman for Canadian rock band Hedley, began in the fall of 2016 with a surprise Tinder swipe in the nation's capital. She says it developed into daily Snapchat flirtations before ending two weeks later in a Toronto hotel room, where, she says, the singer raped her and sent her away crying uncontrollably.

Hoggard denies the allegation and says the pair had consensual sex in his hotel room.

The woman says she decided to share her story with CBC after drawing courage from the dozens of mainly anonymous women who have spoken out on social media about alleged negative experiences with the B.C. band.

The attention those allegations have drawn prompted Hedley's management to drop the group, which has also been blacklisted by several radio stations, including CBC. Last Monday, the band withdrew from consideration for this year's Juno Awards.

CBC is not identifying the Ottawa woman to protect her privacy and because revealing her identity could make her a target on social media. 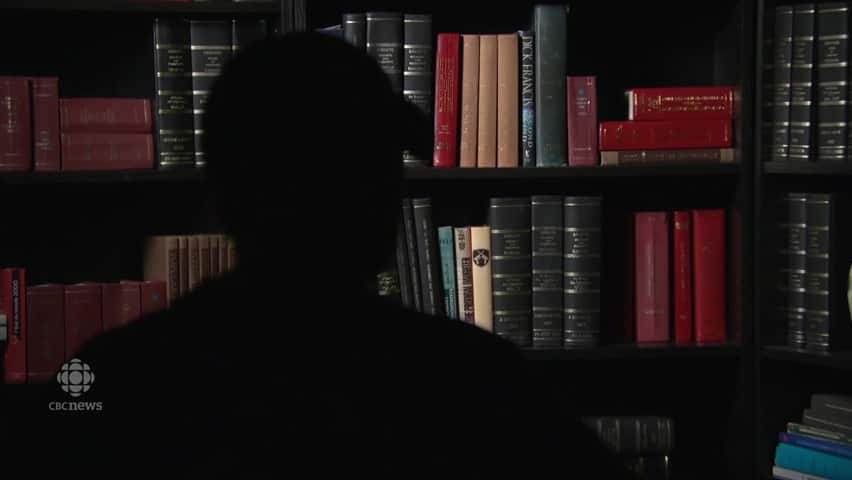 4 years ago
1:27
A woman in Ottawa has accused Jacob Hoggard, lead singer for the band Hedley, of rape. Hoggard denies the allegations and a statement from his lawyer says the sex was consensual. 1:27

The woman alleges what Hoggard did to her was more than sexual misconduct. She says it was sexual assault. But she did not file a police complaint, and none of her allegations has been tested in court.

"I didn't want people to know who I was and associate myself with being the girl that was raped by the singer of Hedley," she says. "I didn't want to be that person. And I also thought that because I went there [to see him] nothing would come of it because it was my own fault."

'At no time did Jacob act badly': lawyer

A statement from Hoggard's lawyer says the singer is very sorry the woman is upset, "but that does not change the fact that they made a mutual plan to get together to have sex and they did just that."

It says they spent the afternoon together and had consensual sex, and she went back to Ottawa that same day.

"At no time did Jacob act badly or do anything without [her] consent," the statement says.

But the woman disputes Hoggard's definition of consent.

"Even if I agreed to have sex before I got there doesn't mean when I'm there he can do whatever he wants to me," she said. "I feel up until the moment you're about to have sex with someone, you're allowed to say no and change your mind."

The woman was an Algonquin College student when she first communicated with Hoggard, 33, in November 2016. She was a volunteer at the WE Day concert in Ottawa, where Hoggard, described as a "WE Day super ambassador," performed. During the event, she says, Hoggard communicated with her through Snapchat, a social media app that allows users to send texts, photos and videos that disappear after they are opened. She says she was too shy to meet with him that day.

Flattered that a celebrity was interested in her, she says she continued to communicate with Hoggard through Snapchat messages and eventually made plans to hook up.

Two weeks later, she says, Hoggard purchased her a round-trip train ticket to see him while he was in Toronto on Nov. 22, 2016. The woman says she anticipated having sex with Hoggard but expected it to be consensual.

"Of course, I expected sex. I wasn't going to Toronto to watch TV with someone I barely know. I'm not naive — but he completely crossed the line."

The first time they met face to face was at the Thompson Hotel in Toronto.

She texted Hoggard when she arrived. She says the singer waved from the elevator as he came down to get her. As soon as she stepped into his room, she says, he pushed her against a wall and started kissing her.

She says she pushed him off and remembers him accusing her of "being all talky, talky."

After the alleged initial forced kissing, Hoggard appeared to settle down over the next hour, and they made small talk, she says. She remembers a hotel employee knocking on the door to let Hoggard know his "regular" room was ready.

"When he got to the next room, that's when he acted like a completely different person," she said.

She says the singer told her to wait five minutes before walking down the hall to the new room.

When she entered the second room, she saw a king-size bed, a large television and a balcony. There was also a large mirror stretching up over the headboard of the bed. At that point, she says, Hoggard took her cellphone because he didn't want her taking photos of them together.

"I was clear that I was not interested in it, and I was so uncomfortable, and I started crying, and he just kept telling me that I was being a good girl and petting my head."

She says Hoggard was grunting loudly and making pig noises. He called her a "dirty little pig," she says.

She says she remembers seeing herself reflected in the mirror over the bed. "He was choking me, and my face went so red."

She says he didn't stop assaulting her even though she was bleeding from her vagina and anus. At one point, she says, he pulled her off the bed by her legs and dragged her into the bathroom. She says Hoggard asked several times if he could urinate on her, then asked if she wanted to pee on him. She says he backed off when she kept repeating, "No, that's disgusting."

She alleges that was the only time he asked for consent.

In the five hours she was in the Thompson Hotel, she says, Hoggard raped her several times — vaginally and anally. In the middle of it, Hoggard ordered room service, she said.

Some time in the afternoon, Hoggard told her he had to go to a meeting, she says. He returned her cellphone and called her a taxi. She stepped into the car crying and was dropped off at a Tim Hortons across from Union Station.

CBC cannot independently verify what happened in the hotel room but has corroborated parts of the young woman's version of events by speaking with four of her friends, including a woman whom she called after leaving the hotel.

As she waited for her train to Ottawa at the Tim Hortons, she called her childhood friend from Brockville, Ont., and told her Hoggard had treated her "like a dog."

She was still in shock during that conversation, she says. She couldn't explain to her friend why she didn't fight back. She didn't understand why her body just froze. She knew he had crossed a line, but she blamed herself.

"Right after it happened, I didn't even know if it was rape or sexual assault — because I felt I had to, [that] I owed it to him because he brought me there. I felt it was my fault because I went there."

She says during the train ride back to the capital she was stunned to receive a text from Hoggard, commenting on what a great day they had together.

She says when the initial shock wore off the next day, she messaged Hoggard and accused him of rape. Hours later, he called her and told her not to contact him again. Then he blocked her number, she says.

Six days after arriving home in Ottawa, she went to the College Square Medical Clinic, near Algonquin College. A doctor examined her for injuries after she told him she had been sexually assaulted and ordered a series of tests for sexually transmitted diseases. She says the doctor encouraged her to report what happened to police.

She showed CBC a copy of her medical record of the visit, dated Nov. 28, 2016. It shows she told the doctor she was sexually assaulted.

A few weeks after the doctor's visit, she deleted all the texts from her brief relationship with Hoggard, she says.

"I just wanted to erase the memory of everything that happened."

She says her sleep is interrupted by recurring nightmares and flashbacks of his face. Hearing any Hedley song makes her nauseous.

"It makes me angry, and it makes me sick to my stomach because his voice is what I hear in my nightmares."

Her friends encouraged her to write down her feelings in a journal, and she shared with CBC what she wrote.

"I feel used. Disgusting. Degraded. I was forced to do things I never have. I never would … Because of who he is, I trusted him. I didn't think he would hurt me."

She writes about her physical pain. About being unable to sit down for two days. About her need to constantly shower and how she would never trust another man again. 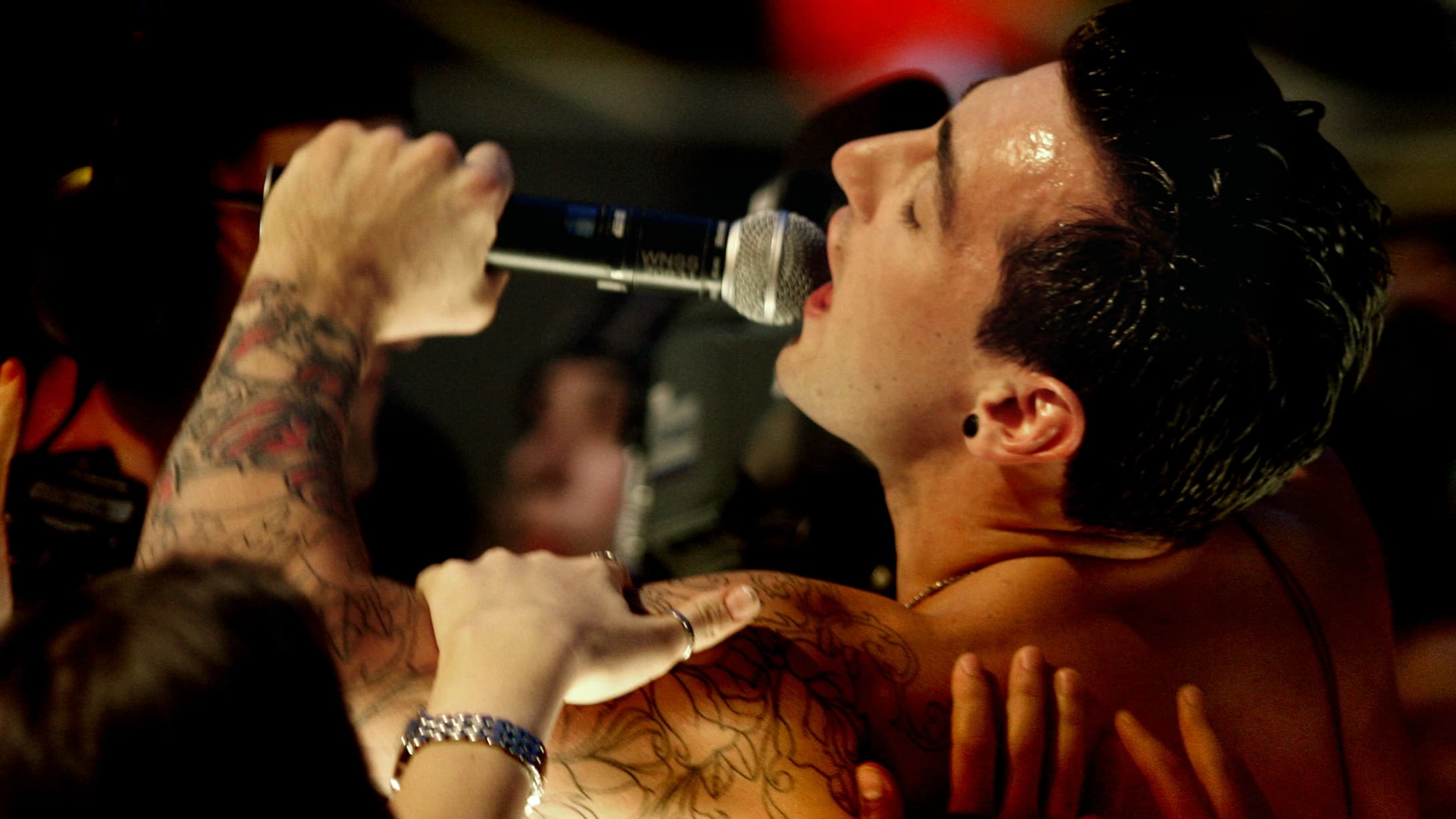 3 years ago
3:00
Lawyer for pop star says at no time did Hoggard 'act badly' or do anything without consent. 3:00