Hedley singer's behaviour got worse with fame — and went unchecked by those around him, ex-drummer says

As Jacob Hoggard's sex assault case continues to wind its way through the court system, the Hedley frontman's former drummer is speaking out — to police and to CBC — about inappropriate behaviour he says he witnessed during his 11 years as Hoggard's bandmate.

As Jacob Hoggard's sex assault case continues to wind its way through the court system, the Hedley frontman's former drummer is speaking out — to police and to CBC — about inappropriate behaviour he says he witnessed during his 11 years as Hoggard's bandmate.

In an exclusive interview, Chris Crippin, 44, who was fired from Hedley in 2017, says the singer's behaviour became increasingly reckless as the band's popularity grew.

The musician says his concerns about Hoggard making lewd comments to fans — including addressing them as "f---ing sluts" at meet-and-greets — and being "too touchy" with them, were mostly ignored by his bandmates.

He says the red flags would have been obvious to anybody who worked with the singer, including the band's former management team, but nobody seemed to want to do anything about it.

For example, in an email chain from February 2016, which Crippin provided to CBC News, bassist Tommy Mac asked his bandmates and managers what Juno categories the band was nominated for.

There was no response from management in the email chain provided to CBC.

After being presented with Crippin's allegations, the current members of Hedley accused the drummer of conducting a "hatchet job" and taking advantage of Hoggard's criminal case to get back at the band.

A statement issued by the band's lawyer says, "The members of Hedley understand that the CBC has received false and/or out-of-context allegations made by a disgruntled and bitter former member of our group, whose axe-grinding and bias against us should be obvious to any fair-minded observer.

"This hatchet job, coming from a person with little credibility and serious issues of his own, seems intended not to inform, but to shock and enflame public sentiment."

When allegations of sexual misconduct against Hedley first surfaced on Twitter back in February, Crippin remembers being flabbergasted that the band tried to claim its behaviour was just part of the rock star lifestyle.

"Living the rock star life means to them, I guess, something different," he said. "I understand it as drinking a lot, maybe partaking in drugs and partying and having a lot of sex with numerous partners. It has nothing to do with violence, or degradation, assault or otherwise."

Watch: Chris Crippin on the swift downfall of his former band 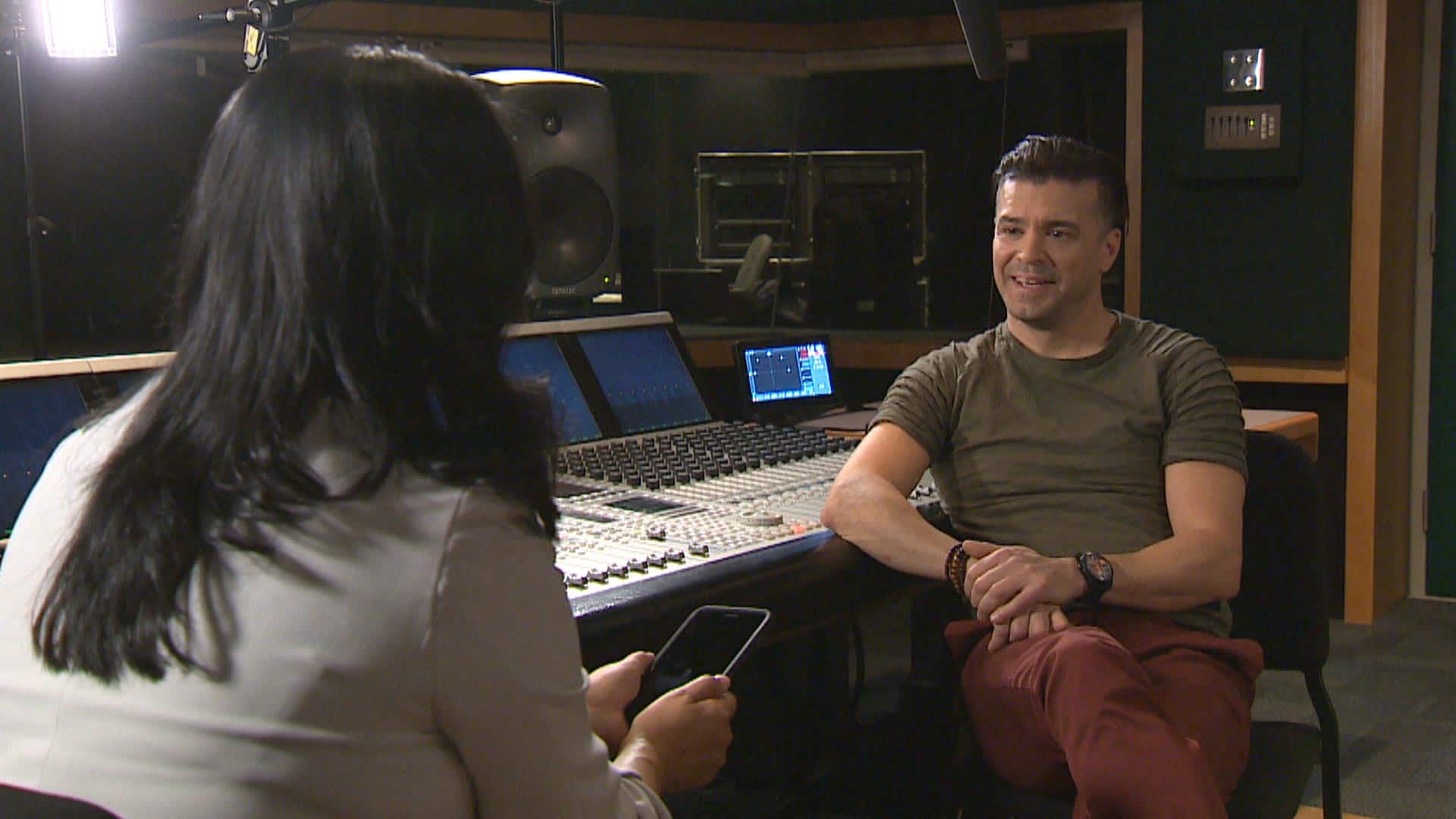 Crippin on the fall of Hedley

Crippin says he was surprised by how quickly his former band was taken down by the #MeToo movement.

As the number of allegations grew, Hedley was dropped from the Junos, fired by its management and deserted by the opening acts on its Cageless Tour. Many radio stations stopped playing the band's music.

A woman from Ottawa came forward to CBC alleging Hoggard raped her in a Toronto hotel room in 2016.

In a subsequent public statement, Hoggard admitted to objectifying women but insisted he "never engaged in non-consensual sex."

A day after CBC published the story, the band announced it was going on an indefinite hiatus at the end of its tour.

"Maybe the #MeToo movement is a bit wild, but as a friend of mine said, 'If you want to make a bent piece of metal straight, you have to bend it past straight."

What did Crippin see?

Five months later, in July, Hoggard was charged with two counts of sexual assault causing bodily harm, and one count of sexual interference. One of his accusers was the woman from Ottawa who shared her story with CBC; the other was under the age of 16 when Hoggard allegedly assaulted her in Mississauga, Ont.

The allegations haven't been tested in court and Hoggard is defending against the criminal charges. Hoggard's defence lawyer, Ian R. Smith, says it's unlikely his client will appear in court before his trial. Smith has said the only comments he'll make on the case will be in court.

Crippin was interviewed by Peel Police three weeks ago. Sex crime investigators wanted to know if the musician knew the teenager. He did not, but Crippin says he did try to shed some light on Hoggard's character.

Crippin shared hotel rooms with Hoggard during Hedley's early years. He says with each successive chart-topper, the singer became emboldened, pushing boundaries with his devoted fans.

That crass behaviour was on display at the band's meet-and-greets with fans on the Hello World Tour in 2016, Crippin says.

Photos provided to CBC by fans show Hoggard grabbing the crotch of bassist Tommy Mac as the bandmates posed with their young admirers.​

Hoggard would also sometimes be "overly touchy" with fans and call them vulgar names, Crippin said.

The drummer says he expressed concern that Hoggard's behaviour would upset their fan base and eventually harm the band's bottom line.

Watch: Crippin explains why he didn't speak out publicly until now 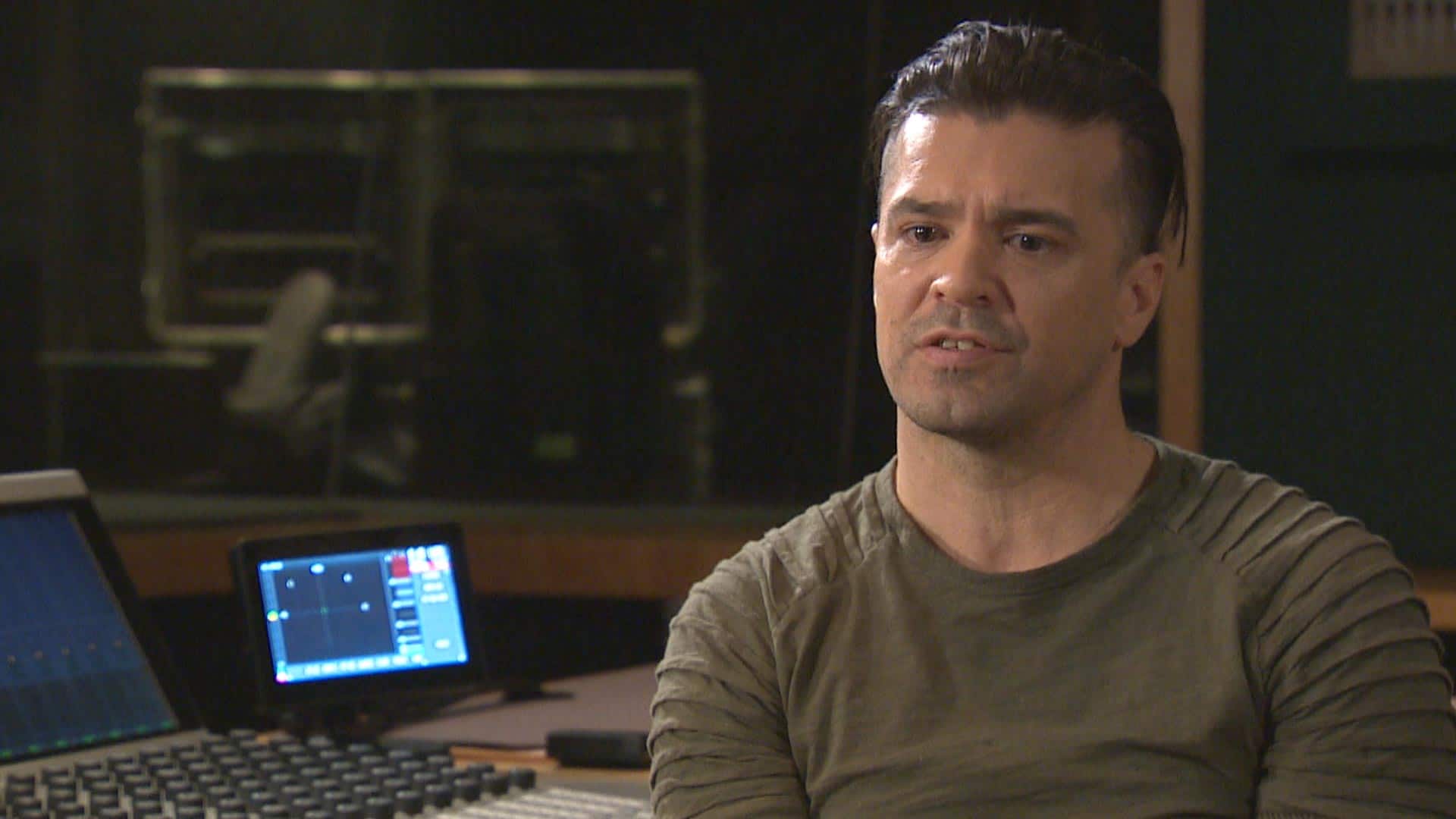 Why Crippin didn't speak out earlier

"I go to say something, and the other guys in the band are like, 'Ah, you know, whatever.' And, I'm like, 'Do I have any support here? Can I get an amen on, Hey man, let's not treat the people who put the food on our table and buy our houses for us like this, if you don't mind.'"​

Hoggard, who had all the power in the band, bullied him into staying silent, he says.

"I would get ridiculed or bullied into some kind of, just, you know, 'Shut the f--k up' kind of thing."

By this time, Crippin's relationship with Hoggard and bandmates Dave Rosin and Tommy Mac had deteriorated badly. When the band was on the road, Crippin would ask that his hotel room be booked in a different wing, away from the rest of the band.

Crippin says anyone who worked closely with Hoggard, including the band's management team, would have also seen warning signs in the singer's behaviour.

For example, Hoggard's "shock humour," as Crippin calls it, was not only misogynist, but racist and homophobic as well.

Crippin provided CBC News with several offensive group emails Hoggard sent dating back to 2012. Among the recipients were the band, crew members, songwriters, producers and managers. 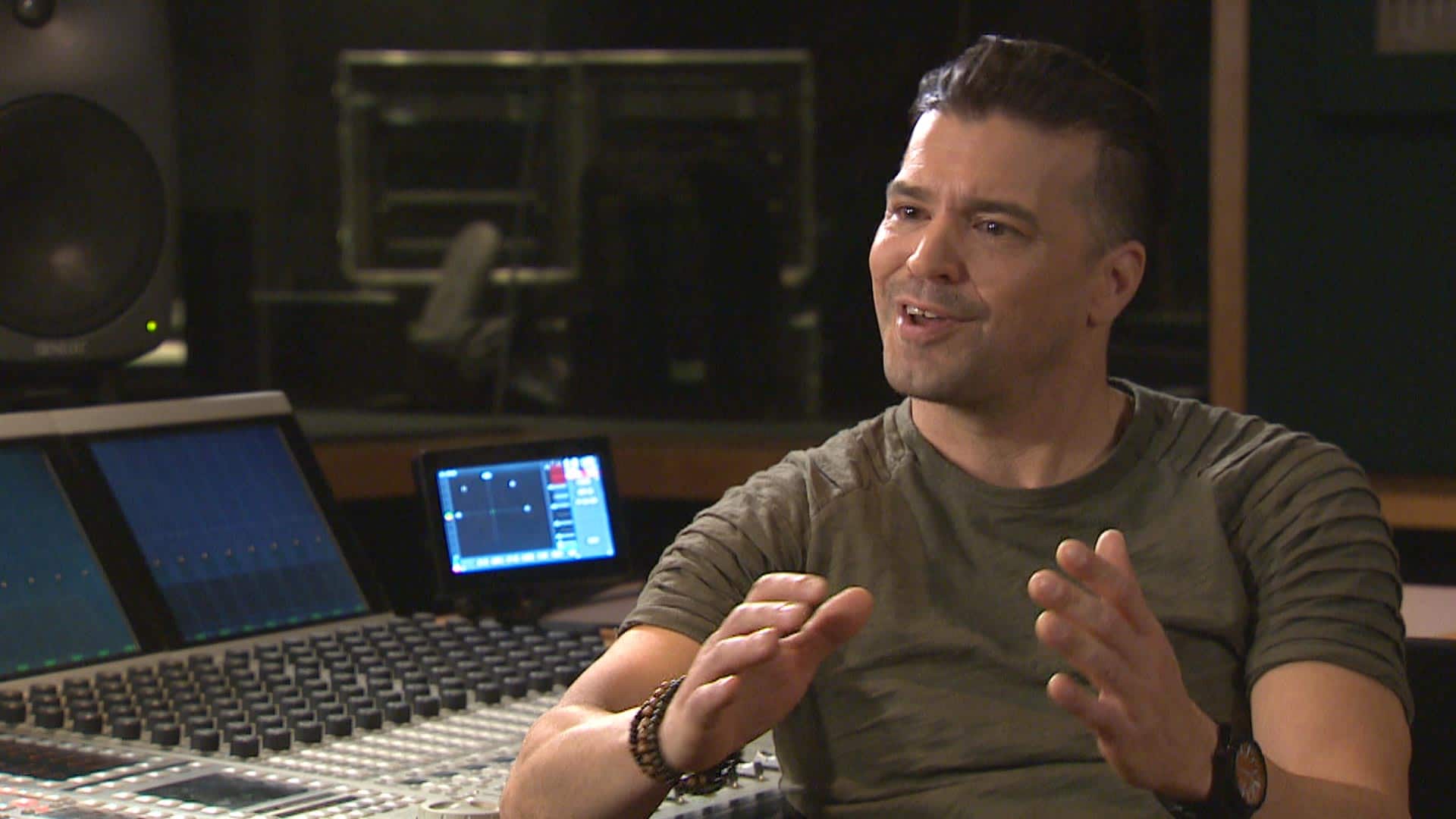 "A lot of his humour is shock humour"

In one case, Hoggard sent a Valentine Day's cartoon of a black man with a noose around his neck. Another email from the singer shows a photo illustration of an airplane crashing into two penises representing New York's World Trade Center towers. It reads: "9/11. Never Faget."​

He also says Hoggard would show the band and crew members videos and photos on his phone of naked women the singer had been with. It would often occur backstage, Crippin says, or while they were travelling to interviews or back to the hotel.

He considered Hoggard's behaviour "harassment." Hoggard was "trying to get a rise" out of him, Crippin said, so he tried his best to ignore it.​

CBC has confirmed that Hoggard also sent the six-second clip to the Ottawa woman who has accused the singer of rape. The former Algonquin College student received the video over Snapchat as part of a two-week-long text exchange that preceded her face-to-face meeting with the Hedley frontman.

'Challenging to work with'

Crippin is critical of management for not doing more to rein in the singer's behaviour.

He said he's unaware of anyone on the management team sitting Hoggard down and saying, 'Hey, do we need to have a conversation?'

"Or 'Do you need some therapy?' Or … 'Are you doing things that are harmful, and playing fair out there? Are you being cruel?'"

Watchdog Management dropped Hedley from its roster in mid-February, ending their 14-year relationship, after learning about the allegations against Hoggard. After losing its top act, the Vancouver company was forced to lay off one of six staff members.

President Darren Gilmore, the man who actually brought the four Hedley members together after Hoggard's run on Canadian Idol in 2004, admits mistakes were made.

"The band was challenging to work with," he said in a statement to CBC. "At the time, we chalked it up to immaturity, attention seeking and shock value. I regret not having taken stronger action at the time."

Gilmore said the company has learned from its experience with Hedley, and that "the culture of toxic masculinity" in the music industry has to change.

"We believe that disrespectful and misogynistic language contributes to real-life violence against women and won't be tolerated from anyone associated with our company."

Crippin says his association with Hedley has made him radioactive in the industry.

His departure from the band was acrimonious. He says he became sick from stress and anxiety while on tour in the spring of 2016.

Not long after, he realized he wanted out of the band, but his lawyer advised him that getting fired would result in a bigger settlement than if he were to quit. Crippin was officially fired from the band in March 2017, ten months after he last performed with the group.​

Crippin feels better these days. He is working as a carpenter as he tries to revive his music career. This time Crippin is fronting his own band, but says he can't find any songwriters, producers, or managers willing to work with him.

He says those who have bothered to return his calls all mentioned his association with Hedley as the reason for taking a pass.

"I have a whole new project going on. I'd like to carry on with that, but instead I'm dragged into this."

Crippin says he abandoned his career with Hedley at the height of the band's success and has now been "regrettably forced" to speak publicly in an attempt to distance himself even further from the pop rockers.

In response to his former band's portrayal of him as a disgruntled employee doing a hatchet job, Crippin said in an email:

"I would have preferred they continued a long and fruitful career, while still earning royalties."

— With files from Sarah Sears