How Hamilton has inspired a new generation of Canadian theatre lovers

Five years since its debut, the phenomenon that is Hamilton shows no signs of slowing down, with its continued success changing attitudes and inspiring new voices in the wider theatre community.

He'd performed in school musicals, but his plan was to study math in university. When a friend insisted he listen to the groundbreaking Broadway musical's cast recording, Joseph had an epiphany.

"At that point, I made the decision that I had to pursue this," recalls the 21-year-old, now a third-year theatre student at Sheridan College in Oakville, Ont.

Five years since its debut, the phenomenon that is Hamilton shows no signs of slowing down, with its continued success changing attitudes and inspiring new voices in the wider theatre community.

"I don't think I would be here pursuing this if I hadn't seen myself reflected there first," said Konji, now in her fourth year at Sheridan.

She appreciated how Miranda took preconceived notions about, and traditions of, musical theatre and "threw them in a melting pot" with hip hop movement, culture and rap, ultimately challenging "what we thought a musical is," said Konji.

The show opened Konji's mind to the out-of-the-box notion "to mess with what's been there before," the 21-year-old said.

She says previously she may have been "written out of those stories or I may not see myself in a history textbook." But Hamilton showed her there was no reason she should continue to be excluded.

Along with the ever-popular edition on Broadway, multiple incarnations of Hamilton are on the go in cities like London, San Francisco and — as part of a North American tour — in Toronto, where it kicked off a three-month run on Wednesday night.

Last week, Disney announced plans to release a film version in Oct. 2021, after having captured a performance by Miranda and his original Tony-winning cast in June 2016. 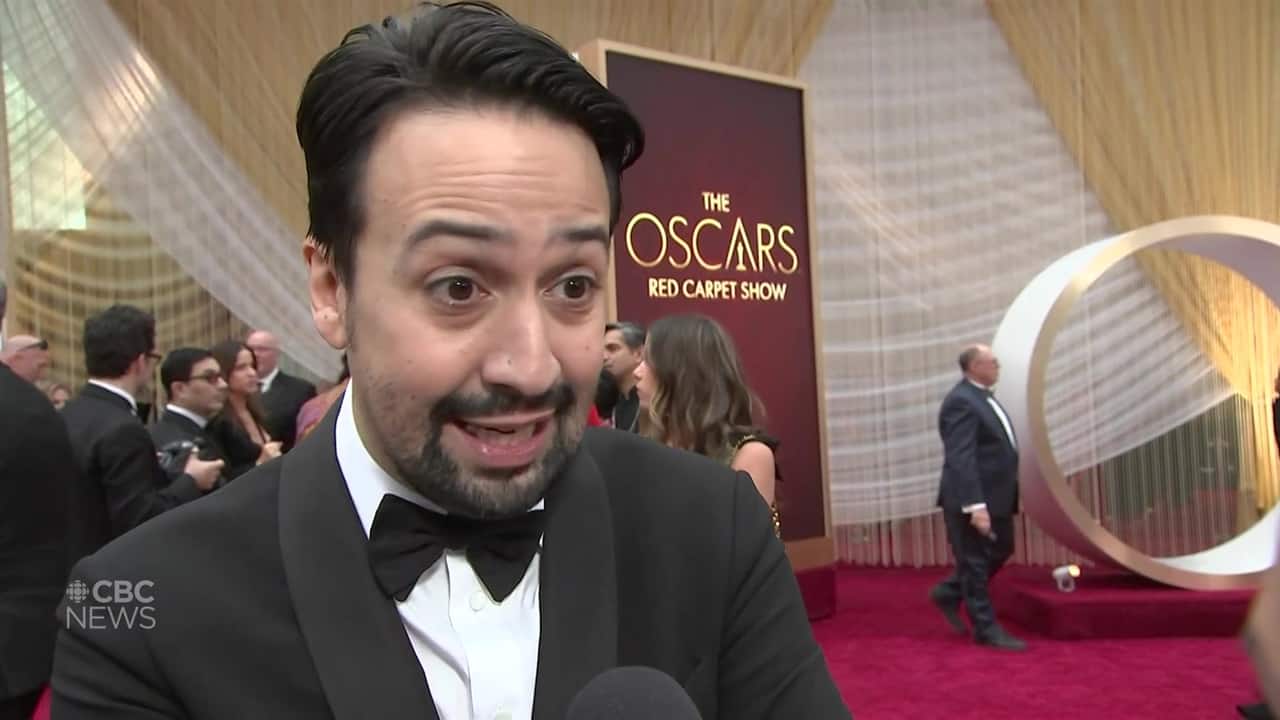 11 months agoVideo
0:23
The acclaimed creator of In the Heights and Hamilton shares some advice for those eager to follow in his footsteps. 0:23

Hamilton has been a game changer for the theatre world, according to Michael Rubinoff, producing artistic director of the Canadian Music Theatre Project, Sheridan's theatre incubator.

Surrounded by aspiring artists at Sheridan, Rubinoff says there's no question the musical has inspired a new generation of young people. It has "put the mirror up and shown that there is a place for students" from different backgrounds.

"Now we all have to take the responsibility within the community to continue that [momentum]... and show that you can have a lot of success if you broaden the scope of who you want to bring in to tell their stories.

It was generally believed in the theatre industry that diverse productions would not appeal to a mass audience; mainstream musical theatre productions that starred predominantly people of colour have been few and far between.

"I'm very aware as a white, privileged guy and as a gatekeeper ... what is being developed and what might actually make it to the stage," added Rubinoff, who developed Canadian Broadway hit Come From Away with creators David Hein and Irene Sankoff.

Hamilton caused a seismic shift in the industry, he believes, because it showed how a musical created by a person of colour, starring a diverse cast and tackling a subject people might have considered musty, could be exciting, compelling and even commercially successful.

It's a "bold reminder that we need to engage writers, composers and lyricists from other communities and ask them about the stories that they want to share," Rubinoff said.

'An act of coming together'

Among those Miranda has inspired is Vancouver-based theatre artist Corey Payette, who created the 2017 musical Children of God, which delves into the painful history of Canada's residential school system and has been staged across the country.

Payette recalls repeatedly hearing the message that new shows from diverse creators were "riskier" for theatre companies because of a perception that they would only interest "niche" audiences.

"Hamilton has totally blown that away and made it where you can't use that as an excuse not to program diverse work anymore," said Payette, who is of Ojibway-Cree heritage.

A show like Hamilton — with "exceptional writing and creation... [and] just happens to also be diverse" — has inspired "an entire new generation of people to be brought into the theatre and to become theatre lovers," he said.

As he brought Children of God across Canada, Payette says he saw first-hand the powerful human connections and understanding that theatre can evoke in audiences, including in those whose perceptions were being challenged on stage.

"[People] were sharing with us how the show had shifted their perspectives and how it had given them a deeper understanding of this [Indigenous] history," he said.

"When you're experiencing a musical, you're joining. Your hearts are becoming in sync with the people around you. I think that it is an act of coming together. It is something that touches people very deeply.... That place is one that I think audiences are longing for," Payette said.

"That's what musicals do best."