Director Guillermo del Toro' monsters vs. machines movie Pacific Rim is a summer spectacle that sets out to be different from other movies of its kind.

Monsters vs. machines story would have appealed to filmmaker at age 12 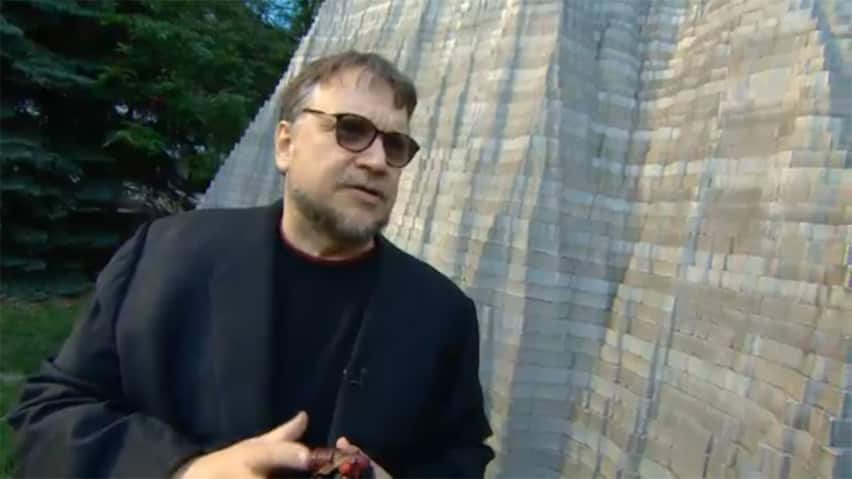 8 years agoVideo
5:10
Director explains why his Pacific Rim is aimed at families and kids. 5:10

Director Guillermo del Toro’s monsters versus machines film Pacific Rim is a summer spectacle that sets out to be different from other movies of its kind.

The Mexican-born filmmaker says he thinks of it as a family movie, since he deliberately tried to create the kind of story that would have won him over at age 12.

"My love for monsters began literally when I was still in the crib. I fell in love with monsters because I love celebrating imperfection with really perfect images," del Toro said in an interview with CBC’s Q cultural affairs show.

The Pacific Rim budget was more than $100 million US, a figure del Toro freely admits scared him, because he thought he would lose creative control. In fact, he tells CBC's Eli Glasner, it ended up being one of his most personal movies.

"It really was a creative freedom I’ve never experienced before," he said.

Del Toro also said he refused to make a film that serves as a recruitment video for the military.

"I tried to show, for example, not one ideology or one race or one country saving the world — it is a movie that is very anti-jingoistic, very international by design," he said.

He co-wrote the script to tell a story that was more about unity than about victory.

Del Toro calls this the "sweet heart" of his movie, which also avoids mass killing of people and harkens back to his childhood favourites such as Godzilla, where buildings and tanks are all that get crushed.

In the video above, del Toro talks about why he loves making movies in Toronto and why Pacific Rim is the most "light-hearted" of his movies.