2020 Grammy Awards: The Canadians, the contenders and the controversy

With Canadian stars Drake and Shawn Mendes among the nominees, breakout artists Lizzo and Billie Eilish considered top contenders, and controversy looming behind the scenes, this year's Grammy Awards are already shaping up to be must-watch TV.

With Canadian stars Drake and Shawn Mendes among the nominees, breakout artists Lizzo and Billie Eilish considered top contenders and controversy looming behind the scenes, this year's Grammy Awards are already shaping up to be must-watch TV.

Here's what you need to know about this year's big night in music.

Truth Hurts singer Lizzo leads this year's nominations, with eight, including best new artist and record of the year. Her album Cuz I Love You is up for the coveted album of the year prize.

Lizzo, 31, has been working in the industry for years but only recently captivated mainstream audiences with her body positivity and empowerment anthems, unfiltered social media commentary and classical flute playing.

In fact, Truth Hurts was originally released in 2017 but didn't get any traction on the charts. It was re-released in 2019 and added as a bonus track to Cuz I Love You after gaining popularity on the short-form video app Tik-Tok. The catchy tune was further bolstered when it was featured in a pivotal breakup scene of the Netflix romantic comedy Someone Great.

"Lizzo, I work with her and it's just such an amazing story," Atlantic Records executive Juliette Jones told CBC News in Los Angeles. "She's been working so hard and I think it's so cool that this black girl who plays the flute has become a pop star."

Billie Eilish and Lil Nas X are close behind, with six nominations each.

Like Lizzo, Eilish scored nominations in the top four categories (best new artist, song of the year, record of the year and album of the year). At age 18 — she was 17 when the nominations came out— Eilish is the youngest artist in Grammy history to do so.

Lil Nas X, 20, will compete against both women for best new artist as well as album and record of the year for Old Town Road, featuring a collaboration with country singer Billy Ray Cyrus.

The three artists are among those expected to perform as well.

Eilish and Lizzo are leading the charge against another all-too-common facet of the music industry: judgment over a woman's physical appearance.

Both have eschewed industry stereotypes in favour of staying true to themselves. Eilish refuses to conform to a particular pop star look and has been called the voice of her generation as much for her music as for her defiance of convention.

Lizzo, who celebrates being black and having a curvy body, has developed a significant social media following and fan base for her refreshing take on beauty and image. But her outlook has also invited critics to take aim.

Fitness enthusiast Jillian Michaels criticized Lizzo's size in a recent Buzzfeed interview, saying: "It isn't gonna be awesome if she gets diabetes."

Michaels, known for her appearances on the weight-loss reality series The Biggest Loser, faced backlash for the comment and later said she regretted involving the pop star in her discussion. 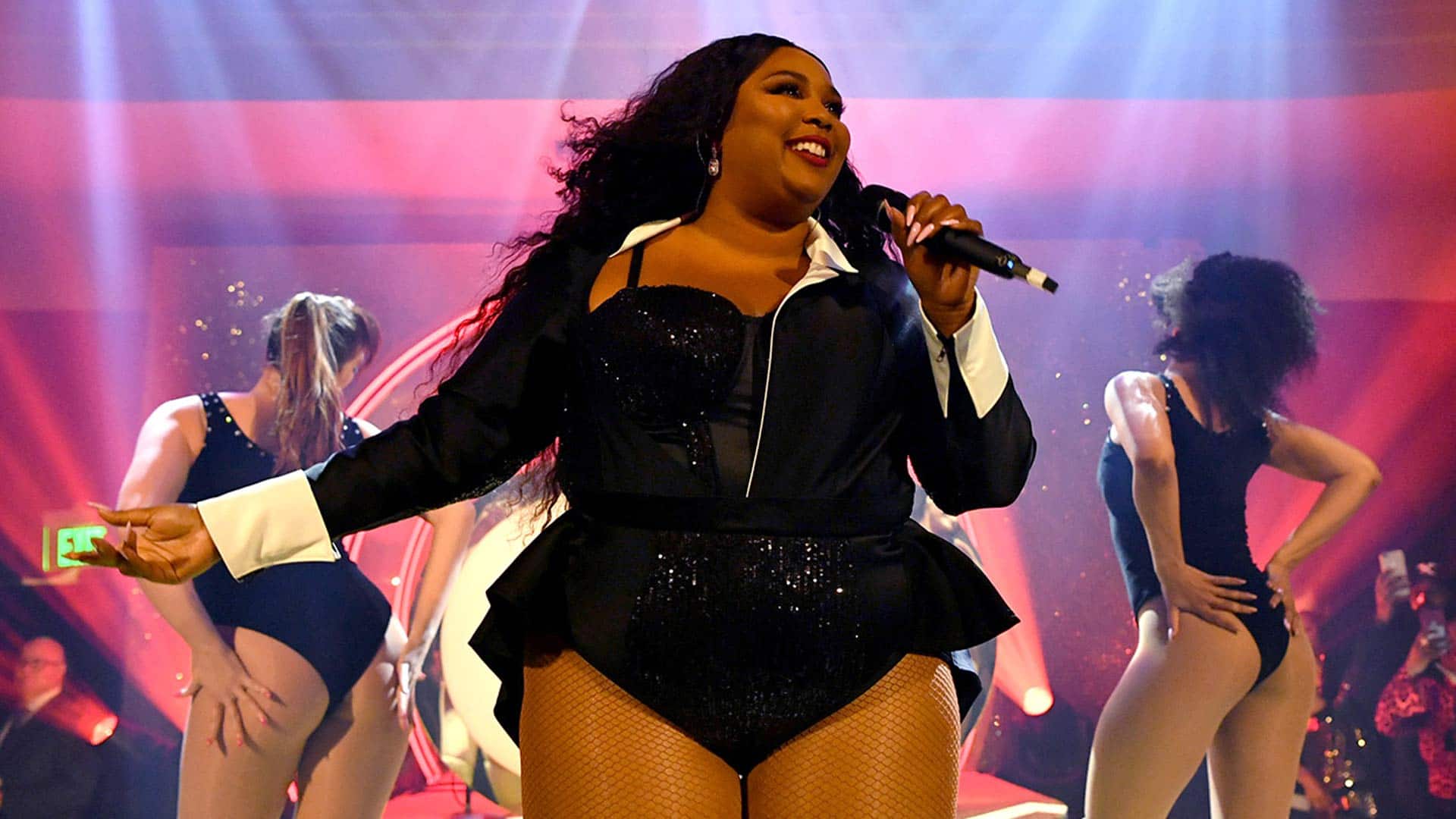 1 year ago
2:16
Lizzo, Billie Eilish and Canada’s Jessie Reyez are Grammy nominated artists who took their music and image into their own hands. 2:16

Lizzo, who stepped away from Twitter due to persistent negativity, told Rolling Stone in a feature released this week that people just have to get used to her. Because she's not going anywhere.

"That's not new — for her to feel good about herself and be comfortable in her own skin," Jones said. "I love her response to it all."

Another musician pushing against double-standards in the industry is Toronto-born Jessie Reyez. Reyez, who says, "I still deal with people that are trying to tell me what to wear," is a first-time nominee in the category of urban contemporary album for Being Human in Public.

"Through my experience, through my growth, through thickening my skin, through knowing how to handle hate with a smile, through learning all those things, I feel like that's a positive change that I've been able to see in the last few years," Reyez said about navigating the music business while attending soundcheck for a performance at L.A.'s iconic Troubadour club Wednesday. 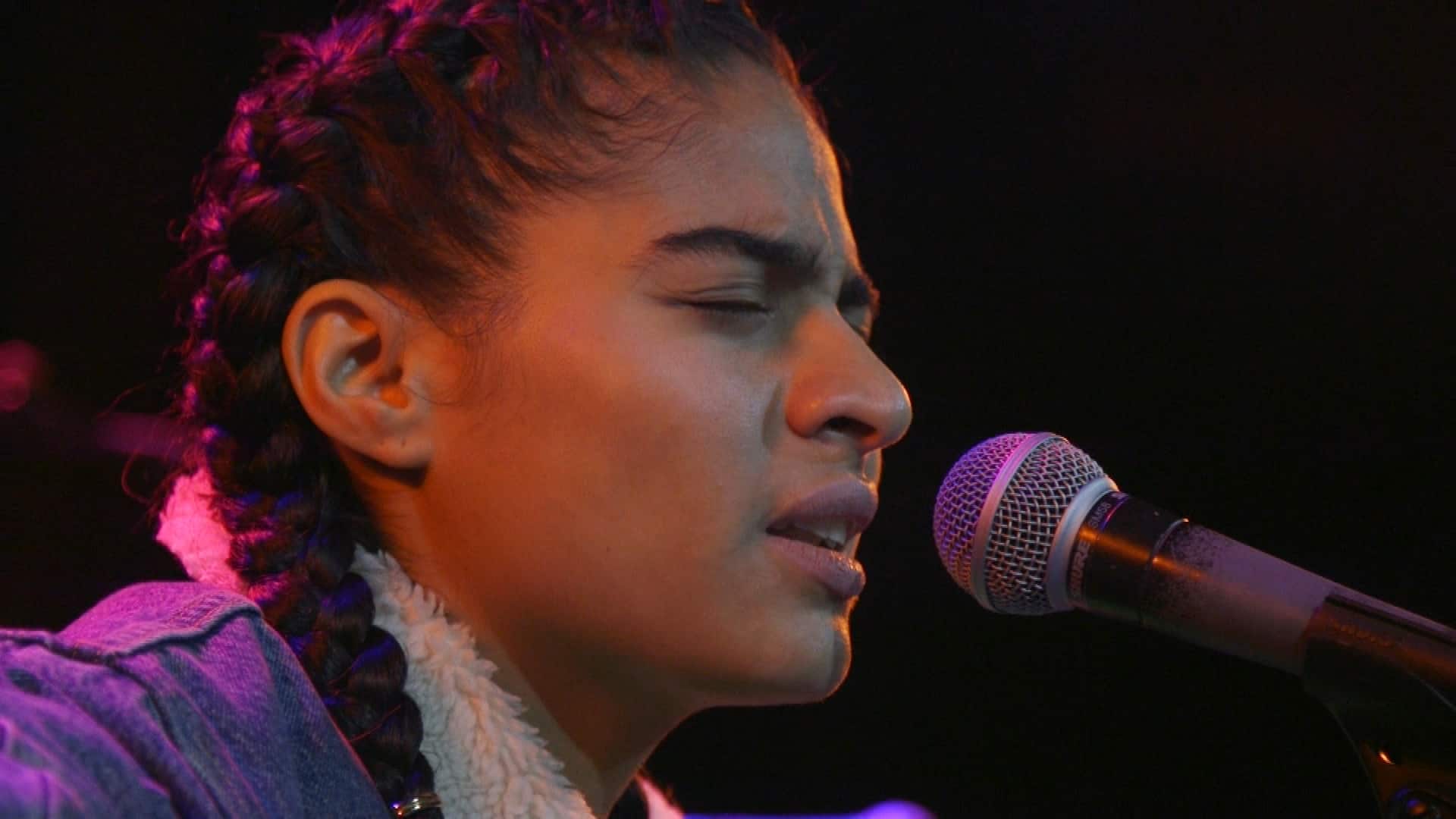 Jessie Reyez on her Grammy nomination, pressure on women

1 year ago
4:29
Canada’s Jessie Reyez earned a nomination for a Grammy this year. She spoke to CBC News's Zulekha Nathoo about being recognized and the pressures of being in the spotlight. 4:29

Drake, Shawn Mendes, Michael Bublé, and Daniel Caesar are among the other high-profile Canadian nominees.

A number of other canucks are vying for hardware as well, including central Alberta's Northern Cree, based in Maskwacis, Alta., for best regional roots album When It's Cold – Cree Round Dance Songs.

"We want to show all the youth back home ... that you don't need to be somebody else," said group member Joel Wood. "You can be proud of who you are."

London, Ont.-based Dan Brodbeck, who's engineering and writing on The Cranberries' final work, In The End, earned a nod for best rock album.

The Irish band's lead singer, Dolores O'Riordan, died in 2018 at age 46. Despite the alternative rock group's massive success in the 1990s with hits such as Linger, Dreams and Zombie, The Cranberries have never been nominated for a Grammy until this year.

"It means a bit more to me because it's their first nomination and she's not with us anymore," Brodbeck said about O'Riordan while attending a pre-Grammy event held by SOCAN celebrating Canadian nominees in Los Angeles. "And we were very close friends."

Despite the shining talent, there's a cloud hanging over the Grammys after its CEO was ousted from her position less than two weeks before the ceremony.

Deborah Dugan was hired last May by the Recording Academy, the non-profit which oversees the awards and which has been facing ongoing criticism for a lack of diversity and inclusion. She alleges she was put on leave after reporting sexual harassment as well as conflicts of interest in the nomination process.

Dugan filed a discrimination complaint with the U.S. Equal Employment Opportunity Commission this week. People in the industry recognize the seriousness of the allegations but hope they won't take the spotlight away from nominees.

"This is real stuff we're talking about and we have to get to it," said Yvette Noel Schure, head of Schure Media Group and Beyoncé's publicist, at a red carpet event Thursday in Hollywood.

"But just for Sunday I want us to focus on the artists that so deserve to be celebrated. And then come Monday, let's get back to what's really going on."

The Grammy Awards, hosted by Alicia Keys, will be broadcast live at 5 p.m. PT/8 p.m. ET on Sunday, Jan. 26 from Los Angeles, Calif. CBC News will be on the red carpet.