The Giller Prize turns 25: contenders say it's about more than winning $100K

The Scotiabank Giller Prize isn't just about the $100K cash prize, it's also about being afforded the time to write that next novel and gaining access to new readers, this year's finalists said.

For shortlisted authors, more time to write and increased exposure are the real reward

The Scotiabank Giller Prize is a life-changer — take it from Canadian writers.

The Giller, Canada's richest literary award, celebrates its 25th anniversary Monday at a gala event in Toronto. Hosted for a third time by comedian Rick Mercer, the ceremony airs on CBC-TV, CBC Radio One and CBCBooks.ca.

The shortlisted authors and titles vying for the prize are:

This year's finalists agree that the impact of the Giller cannot be overstated. And that goes beyond the $100,000 cash prize (boosted from the initial value at the Giller's inception in 1994) that affords the winner the luxury of time to write a next novel.

It's also about exposure to new readers. Heralded for its now-famous Giller Effect, the prize has long been valued as an important booster of book sales.

"Certainly as a past winner, I can say that this is a life-changing prize," said Esi Edugyan, who previously won in 2011 for Half-Blood Blues. That novel had a sales jump of 479 per cent after her Giller win.

[The Giller Prize] can completely change the trajectory of your career.- Patrick deWitt

In 2017, sales for the Giller finalists increased an average of 433 per cent, while that year's winner — Michael Redhill's Bellevue Square — garnered an impressive 1,402 per cent sales increase after his win, according to BookNet Canada, the non-profit organization that compiles weekly book sales data in Canada.

This, even as the total number of fiction books sold in Canada fell by 4 per cent between 2016 and 2017.

The Giller Effect "can completely change the trajectory of your career," notes nominee Patrick deWitt, who was previously shortlisted in 2011 for The Sisters Brothers.

"There's nothing — even like a positive review — there's nothing that's quite so thoroughly effective in terms of getting your work into the homes of people who wouldn't have come across your work otherwise."

In advance of tonight's prize, CBC News asked the shortlisted authors about their novels at one of several Between The Pages: An Evening with the Scotiabank Giller Prize Finalists reading events, which were held across the country as well as in New York and London, England.

"Each book is its own beast and each book will let you know how to write it. It's always a different process."

Edugyan talks about relating to her main character in Washington Black, an 11-year-old boy who escapes life as a field slave in Barbados: 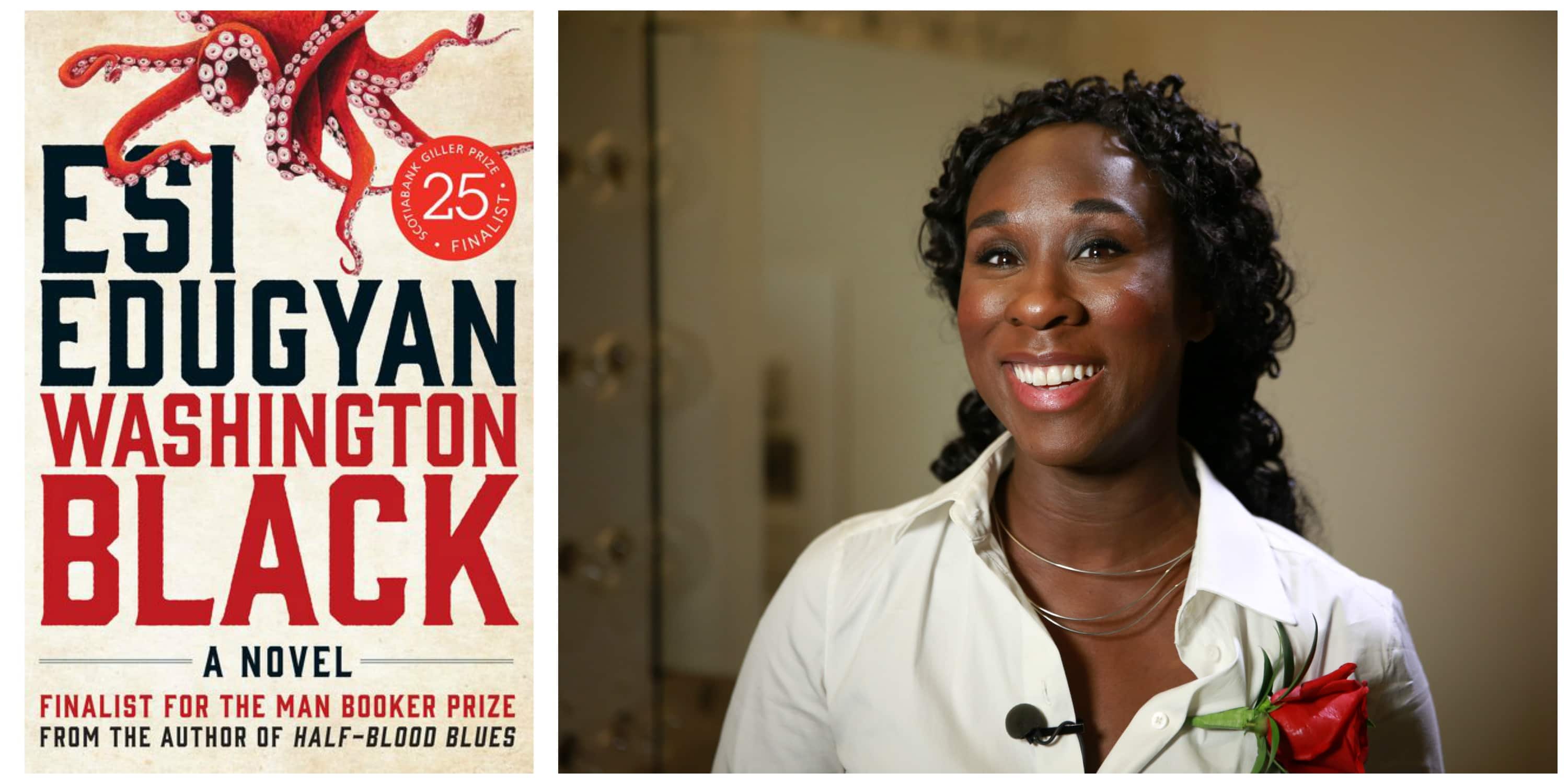 2 years agoVideo
1:16
The author on how she relates to the 11-year-old protagonist, who escapes life as a field slave in the cane fields of Barbados. 1:16

Having just seen his earlier book The Sisters Brothers released as a feature film, deWitt is currently working on a screenplay for his 2018 Giller finalist, the satirical novel French Exit.

While all his novels "are essentially character studies," Portland-based deWitt said that he hasn't written about these kinds of wealthy people before.

DeWitt explains why he created the thoroughly unlikable character Frances Price in French Exit and how he hopes readers will come to understand her better: 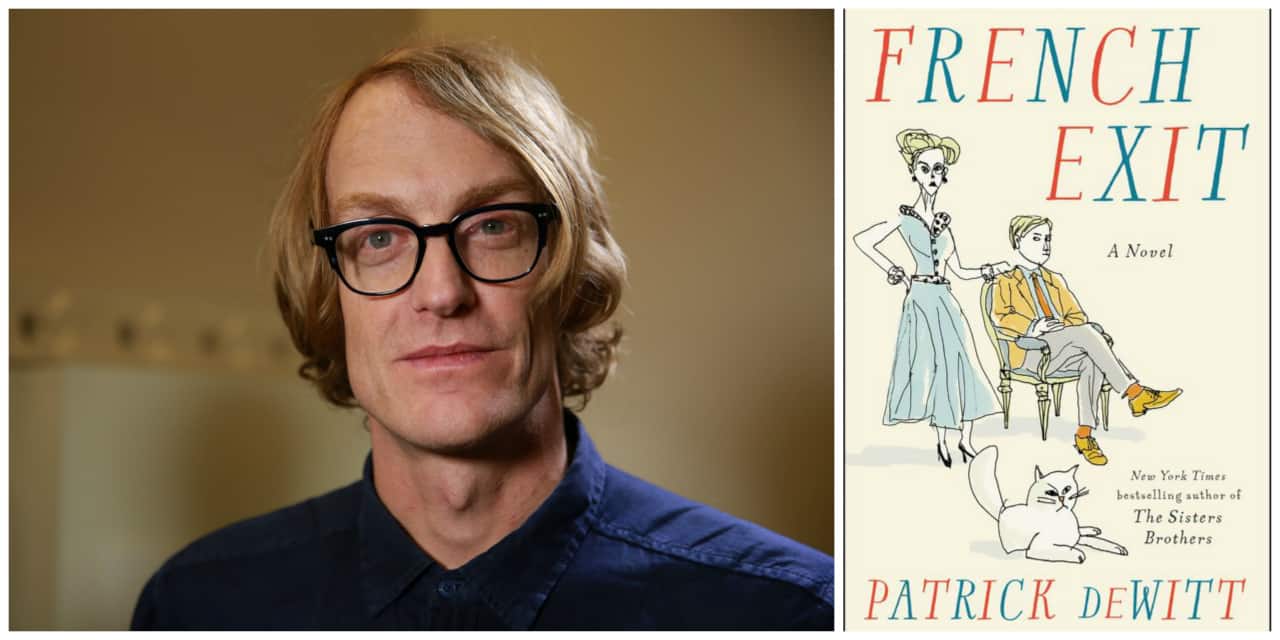 'The back stories get me every time:' Patrick deWitt on writing difficult characters

Singaporean-born, Toronto-based author Thea Lim calls her book An Ocean of Minutes "a time travel story and a love story that can be read as migration literature."

In this debut novel, she combines an alternative America with a love story to tell a dystopian tale of social inequality.

For writers, she said, "the questions that we write about are really questions we don't have the answers to."

Speaking of love and loss, Lim discusses what she hopes readers take away from An Ocean of Minutes: 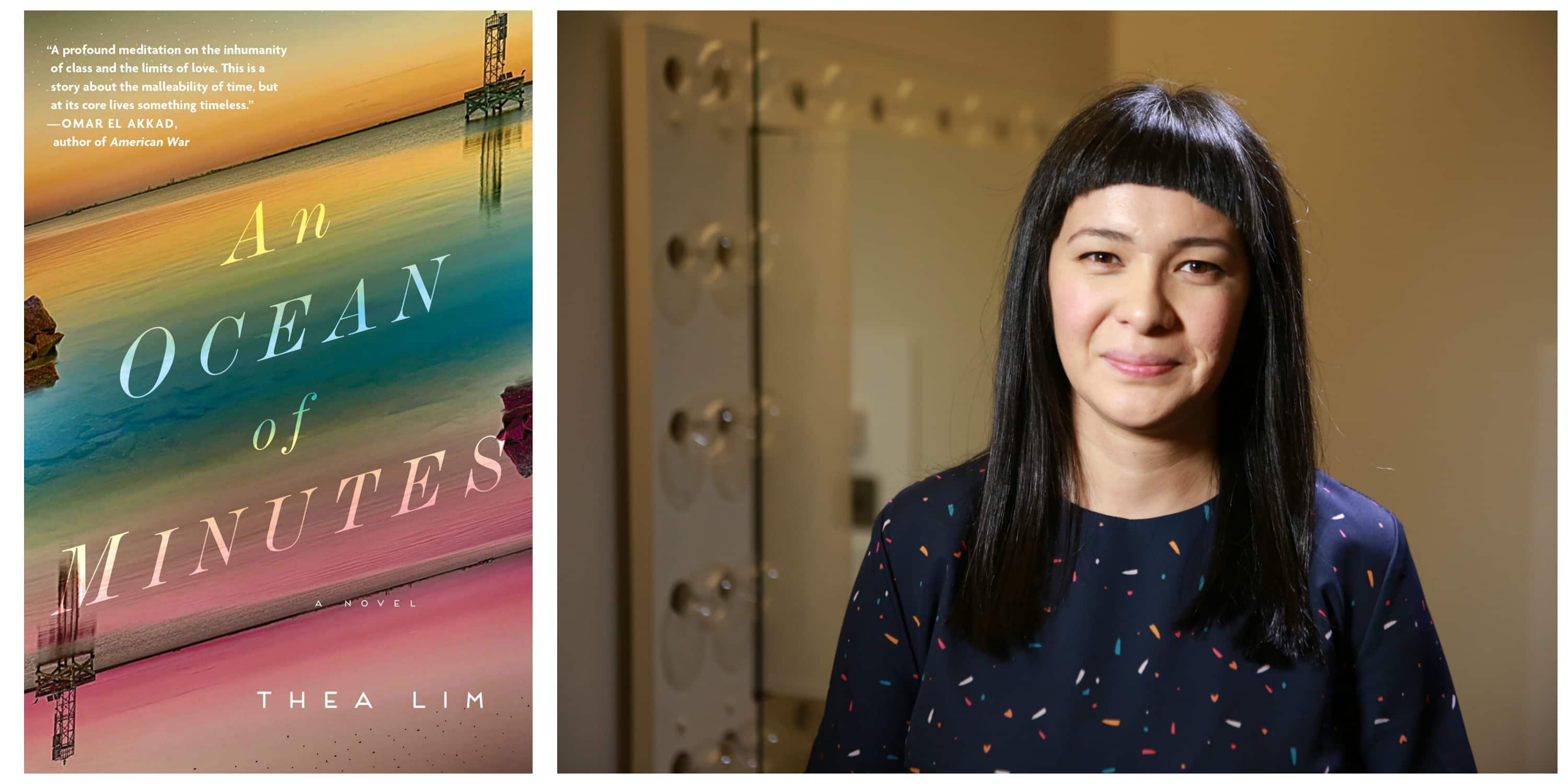 'How is it we are able to love so recklesslessly?' Thea Lim ponders in An Ocean of Minutes

"Even in French-speaking Quebec, people know what the Giller is about," said Quebec writer É​ric Dupont, who has picked up his first Giller nomination for Songs for the Cold of Heart.

An English translation of his earlier French-language bestseller La fiancée americaine, it's a novel Dupont said he hopes readers feel "they could call their home."

Dupont talks about the enormous empathy he feels for his characters in Songs for the Cold of Heart and the ordeals they face: 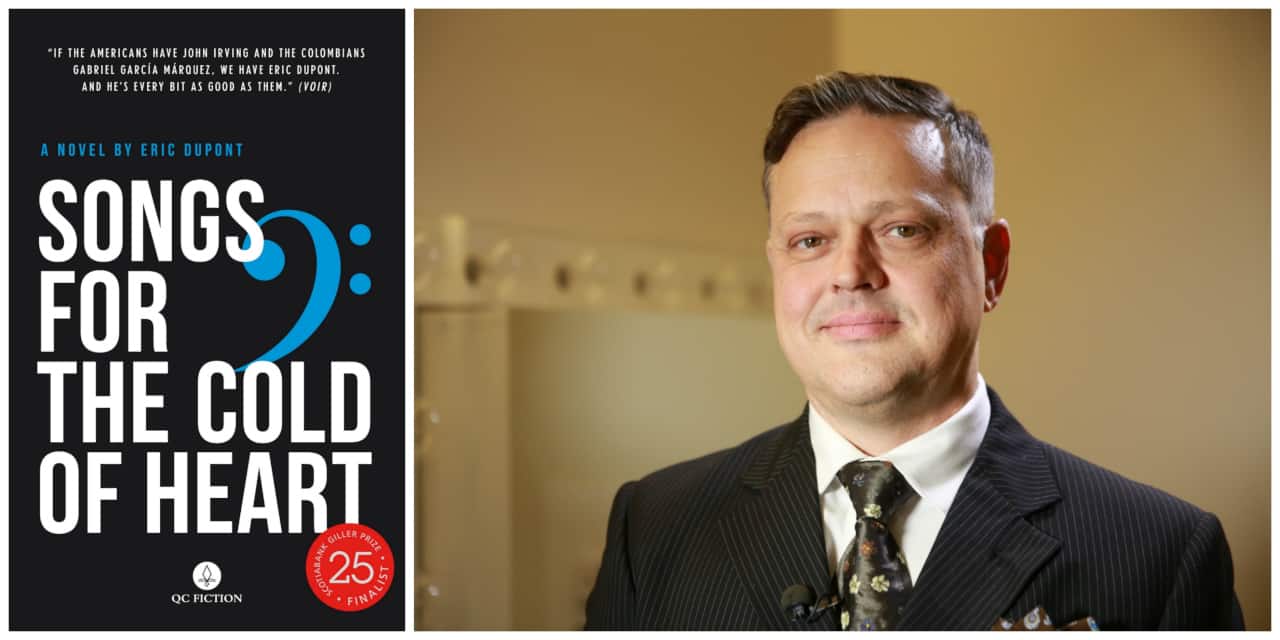 'They're all stories that have touched me:' Éric Dupont on Songs for the Cold of Heart

2 years agoVideo
0:55
The writer shares what he hopes readers will take from his bestselling, translated novel. 0:55

Toronto author Sheila Heti is a 2018 Giller finalist for her eighth book, Motherhood. It's a story that grapples with how exhausting it can be to spend years thinking about whether to become a mother.

"I want [readers] to know how hard it is and how unpleasant it is to ask that question," she explains.

In Motherhood, Sheila Heti explores a woman's thought process as she tries to decide whether to have a child: 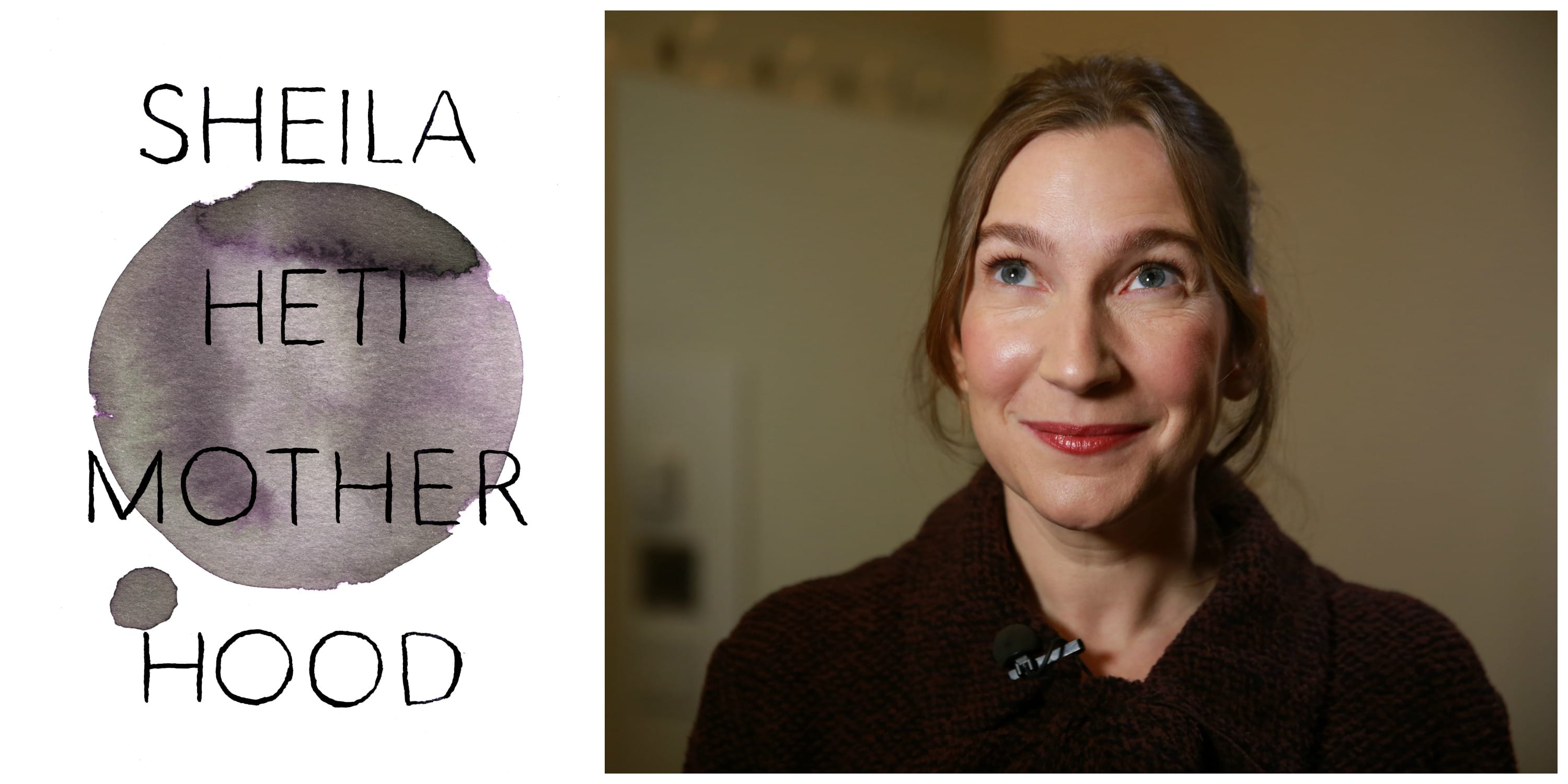 Sheila Heti on getting into readers' minds with Motherhood

2 years agoVideo
1:01
'The book is a really sort of a portrait of a consciousness,' says the 2018 Giller finalist. 1:01
CBC's Journalistic Standards and Practices|About CBC News