Game changer: How Game of Thrones mixed storytelling with spectacle to transform TV

When Game of Thrones debuted, people scoffed at the notion a swords-and-shields fantasy saga — complete with dragons — could be considered prestige TV. Now, as it kicks off its globally anticipated final season, it's being hailed as a cultural juggernaut that has changed the TV landscape.

From the very start, 'they went through a ton of trouble to get this right,' says TV critic

HBO's sweeping fantasy epic, which kicks off its eighth and final season Sunday night, has been a television juggernaut that deserves to sit alongside those landmark movie blockbusters, according to TV critic and writer Maureen Ryan.

"It really changed the game for TV in terms of going for a much bigger pop culture and commercial phenomenon."

When Game of Thrones debuted in 2011, many would have scoffed at the notion that a swords-and-shields fantasy saga — complete with dragons, giants and evil ice creatures who raise armies of the undead — could be considered prestige TV.

However, by its fourth season, Game of Thrones had surpassed HBO's critically acclaimed and much-beloved crime drama The Sopranos as the network's most-watched show. In its seventh season in 2017, its numbers had ballooned to an average of 31 million viewers (across all platforms) per episode.

Factoring in its global fan base — HBO's global subscribers grew by nearly 50 million since 2011 — as well as the dubious honour of being the world's most pirated television show for six consecutive years, Game of Thrones is easily among the most-watched series of the past decade.

"What Game of Thrones does incredibly well is that you can have an epic battle, with the individuals within that battle you have come to care about deeply because the performances and characters are so memorable," she said.

Not only has HBO invested heavily in Game of Thrones — a $6-million-per-episode budget reportedly rocketed to upward of $15 million for each of the final six instalments — but from the beginning show creators Benioff and Weiss had the time and freedom to rework and improve the series.

After years of pre-production development, for instance, "HBO shot a whole pilot that it then threw in the trash — most of it got thrown in the trash. They recast the role of Daenerys. They recast other roles," Ryan said.

"They went through a ton of trouble to get this right."

Then, as the series continued, the creators also boldly (and regularly) carried out one of Thrones author George R.R. Martin's fondest literary devices — killing his darlings "at the drop of a hat" — and in the process struck down a long-standing taboo of TV storytelling.

Programs typically don't take the risk of doing something "unredeemably terrible to a protagonist," Ryan said, but Game of Thrones is willing to "put the characters through their paces."

However, the practice of endangering beloved characters has also sparked controversy for the multiple Emmy-winner. One major criticism has been the show's use of sexual violence toward female characters.

The showrunners weren't careful with their treatment of sexual violence in earlier seasons, Ryan said, though she acknowledged the show did change in response to the public's reaction.

"Game of Thrones only has itself to blame fo the very deserved criticism of how it's dealt with female characters, because when it's on its A game, it's able to offer these incredibly complex, nuanced storylines for female characters," she said.

The aspirations of the show's creators have grown episode by episode, year by year, according to Shawn Walsh, general manager and visual effects executive producer at Vancouver's Image Engine.

The West Coast shop — noted for work in films such as District 9, Jurassic World and The Revenant — has delivered increasingly complex Game of Thrones sequences to match the growing appetite of the creators, who wanted to raise the bar by bringing eye-popping, feature film-style visual effects to the small screen.

The show's bold approach to the use of visual effects and the showrunners' risk-taking, innovation-seeking mentality has rippled out across the industry, Walsh said.

"There absolutely has been a Game of Thrones effect with respect to how ambitious people are being for television," he said.

"There is a completely different echelon of television work now. The term episodic really is referring to what people have known as television in the past. We now refer to things like event series or event TV, which is really a higher order of television." 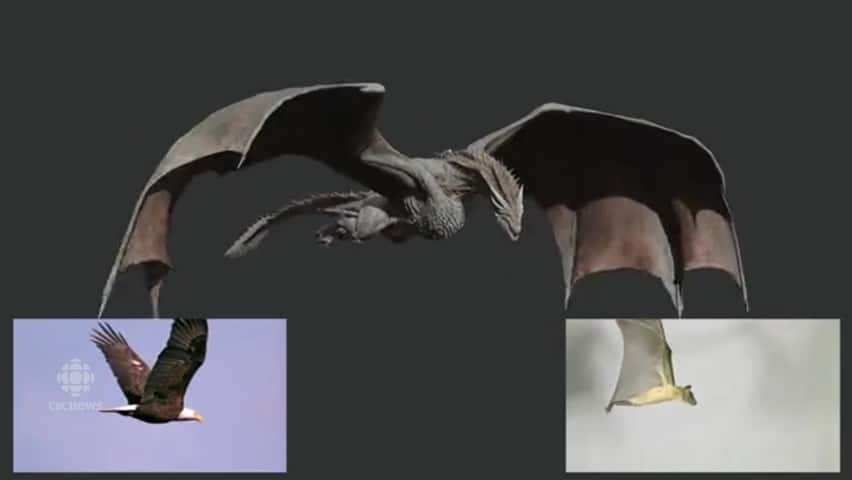 'An eagle that's the size of a 747:' creating Drogon for Game of Thrones

And though Imagine Engine's contributions to Game of Thrones have increased across the show's latter four seasons (work for the final episodes began back in October 2017), staffers have yet to become blasé about creating, for instance, those mesmerizing battle sequences of soaring dragons.

When the team gathers to review what's happening in the studio each month, some staff will shield their eyes during the Game of Thrones session so that they don't see any spoilers, Walsh said.

'Just took it all and slam-dunked it'

Kris Holden-Ried sees Game of Thrones as part of the wider television tradition of lavish, sprawling series that chronicle a specific time period or explore a particular world — similar to Rome or The Tudors (in which he played a courtier to a young Henry VIII).

However, the actor-producer (a familiar face from cult TV favourite Lost Girl and the Norse legend-inspired Vikings) feels Game of Thrones has set a new benchmark for the genre.

With its boundary-pushing approach to TV production and visceral storytelling, "Game of Thrones was the one that just took it all and slam-dunked it," he said.

"The industry has realized, 'Holy crap, we actually can spend $13 million on an episode and still make our money back.'"

Kris Holden-Ried on how Game of Thrones has inspired more ambitious television. 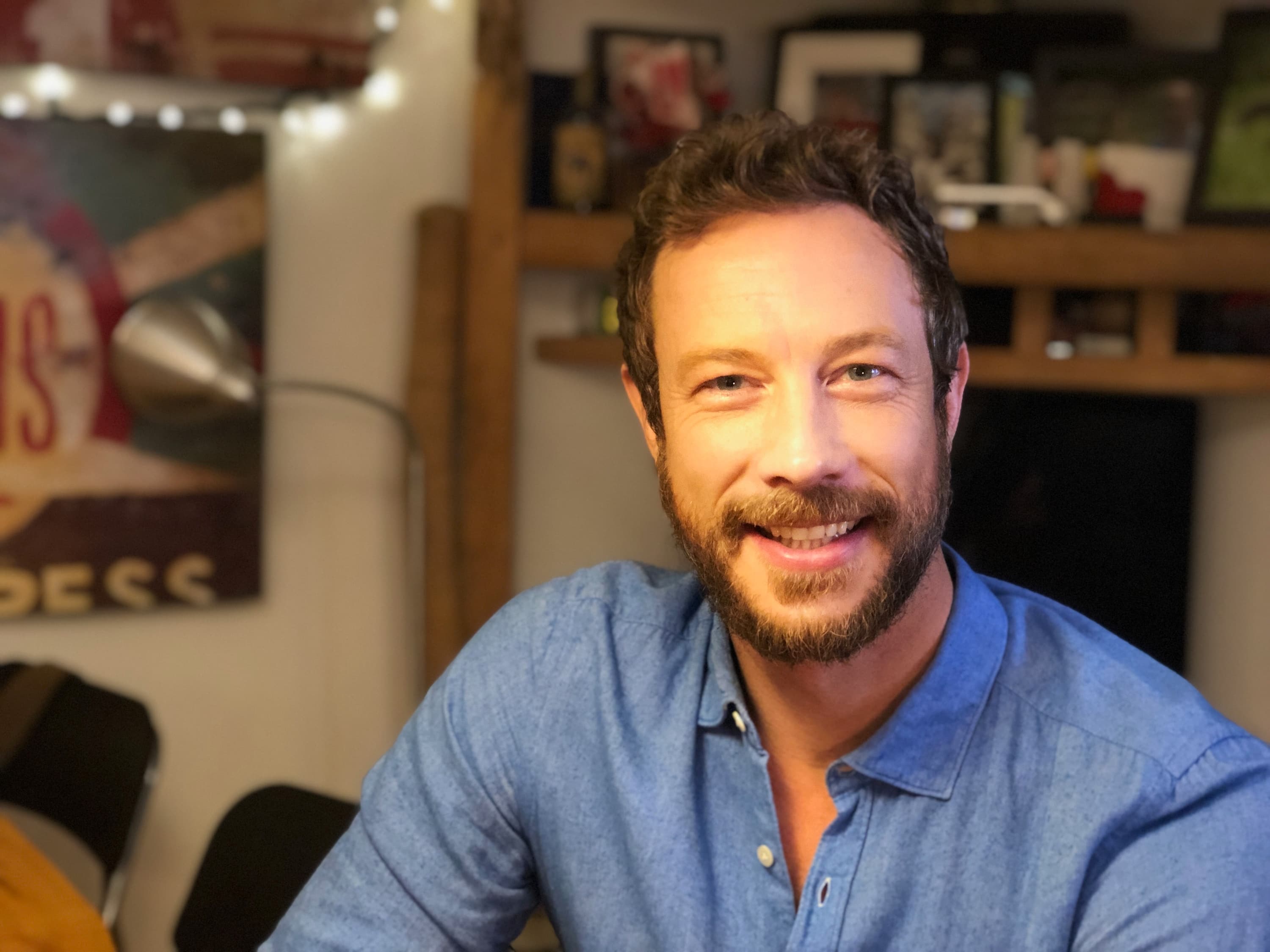 2 years agoVideo
1:35
The Canadian actor-producer, known for The Tudors and Lost Girl, shares how Game of Thrones has encouraged ambitious TV-making, including his own goal of adapting The Fionavar Tapestry novels. 1:35

Holden-Ried has long been a lover of fantasy. His childhood devotion to Dungeons and Dragons novels grew into a taste for stories such as Martin's A Song of Ice and Fire books.

So while he acknowledges the crowded field of shows angling to fill the upcoming void left by Game of Thrones, he's channelling the show's ambition for his own fantasy venture. He's adapting The Fionavar Tapestry trilogy by Guy Gavriel Kay, the international bestselling Canadian author who helped edit J.R.R. Tolkien's posthumously published The Silmarillion.

"Game of Thrones is a multinational co-pro shot on four different continents ... That's what we're trying to do now with Fionavar," Holden-Ried said.

"Putting those pieces of the puzzle together is very difficult, but when it all does come together, the rewards are fantastic."

In the meantime, he'll join millions of other fans eagerly tuning into the final season of Game of Thrones — but won't quite be ready to bid farewell just yet.

"I'm looking forward to, at some point, having the entire [series on Blu-Ray], sitting my teenage son in front of it and then exploring it all over again."

With files from Sharon Wu and Eli Glasner