New movie reviews in brief: Carol, The Danish Girl, In the Heart of the Sea

Two period tales depicting unconventional relationships and a high-seas tale that inspired a literary classic debut at the cinema this weekend. From Carol to In the Heart of the Sea, Eli Glasner cuts through the clutter to advise what's worth your time. 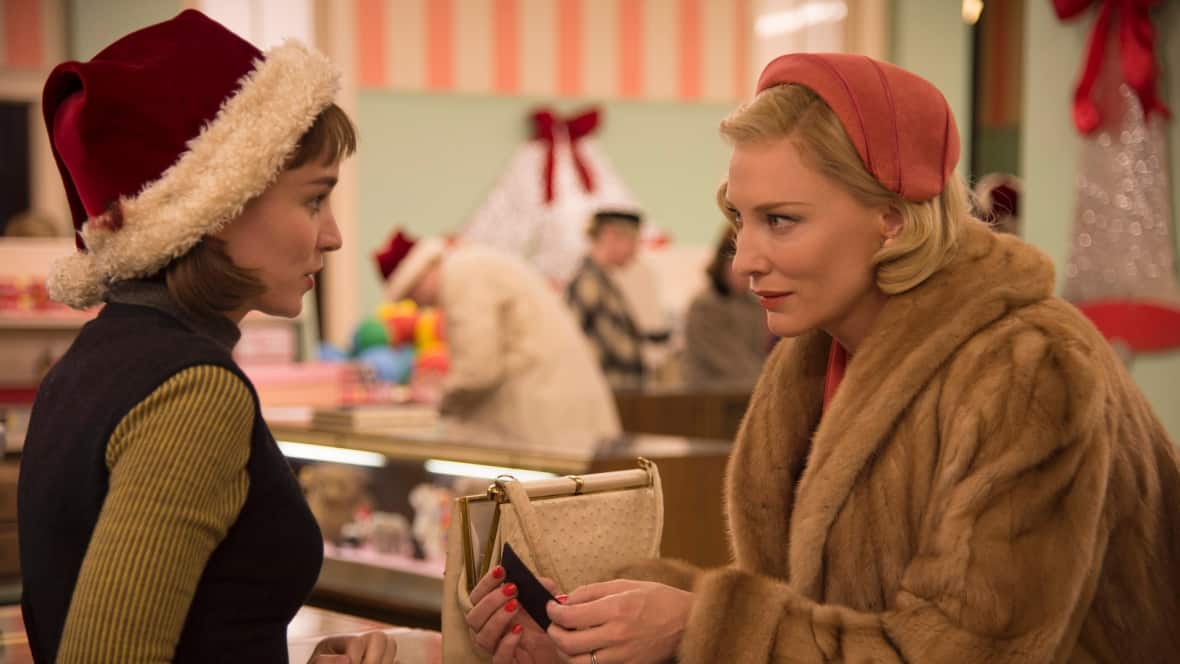 Carol, The Danish Girl and In the Heart of the Sea

Both sensual and claustrophobic, Carol explores the love between two women at a time before the world was ready for it. It's a movie with an exquisite sense of place and mood: director Todd Haynes shot Carol, set in the 1950s, on 16 mm film and filled it with the colours of a faded Polaroid. With the visible film grain suggesting home movies and a story that unfolds through meaningful looks, pointed glances and fingers resting on shoulders, Carol turns the audience into voyeurs — and like any good seduction, it takes its time.

Cate Blanchett is haughty and alluring as the title character, an unhappily married woman with a voice that wraps around you like a fog. Then there's Rooney Mara as Therese, the timid department store clerk who meets her eye. Shy, almost coquettish at times, Mara looks like a young Audrey Hepburn and projects a sense of her inner struggle as she's forced to keep her desires to herself. More than a love story, Carol is about two women faced with impossible choices and a tale told with surprising sensitivity.

A sensual film artfully made, The Danish Girl gives Eddie Redmayne another opportunity to transform. This time, it's the tale of Lili Elbe, a Danish painter born male who ached to become a woman. Redmayne's portrayal is a delicate, sensitive thing – a hand lingering over a woman's stocking, the desire written in Elbe's eyes and quivering lips.

With the painterly composition of director Tom Hooper, the tale of Elbe's transition comes almost too easily. Perhaps that's why Alicia Vikander's performance as the artist's wife is so captivating, torn between losing the person she married and respecting Elbe's wishes. It's a portrait of a devastating kind of love.

In the Heart of the Sea

Based on the shipwreck that inspired Moby-Dick (and a non-fiction book by Nathaniel Philbrick), In the Heart of the Sea centres on a greenhorn ship captain (Benjamin Walker) and his seaworthy first mate (Chris Hemsworth). The setting is Nantucket in the 1850s, when whale oil was a major American industry.

For George Pollard (Walker), son of a long line of whalers, the mission is clear: bring back a minimum of 2,000 barrels of the viscous liquid. While old sea hand Owen Chase (Hemsworth) doesn't have the fortune of being born into a whaling dynasty, he has a pregnant wife at home and a promise to uphold.

The weakest element — and a familiar blind spot for director Ron Howard — is the film's predictable characters, who slip far too easily into archetypes. With his long locks and leather vest straining to contain his bulk, Hemsworth looks like an airbrushed Harlequin Romance cover model, and to say Walker comes off as arrogant is to say the ocean is wet.

In the face of such predictability, however, the script entertains with florid eloquence: here, men don't lie but "embroider the truth." And Howard does shine in depicting the physical element of this seafaring saga: his camera goes everywhere, from the muck of the harbour to the rigging of the mainsail to the teetering height of the crow's nest. Overall, In the Heart of the Sea is an epic that harks back to Hollywood films of yore.