'Depopulating the set': How Canada's film industry is navigating COVID-19

As the film and television industry reopens across the country, production companies are initiating new safety protocols. Face shields, frequent testing and worker pods are all on the table to protect casts and crews from COVID-19.

About two months ago, film and TV producer Shawn Williamson was working in an industry slated to have one of its best years ever. Now — one global pandemic and economic shutdown later — he's navigating new rules and regulations to protect workers headed back to the set.

"Traditionally, going into a season four would be pretty seamless," Williamson said while on the still-deserted set of the CTV drama The Good Doctor, which his company produces. "This is anything but that."

Williamson is chairman of Vancouver's Brightlight Pictures, and one of many film and TV workers across Canada returning to work following the near-complete shutdown of the country's $9-billion industry.

Shoots in British Columbia — which has relatively few COVID-19 cases and the biggest production volume in the country — are currently gearing up to return as the province moves into Phase 3 of its restart plan.

Meanwhile, Manitoba allowed production to resume in the first week of June, and Quebec the week after. In Ontario, every region aside from Toronto was given the green light on Friday.

But the return is far from straightforward. While all of these provinces have released COVID-19 guidelines, the guidance has only come recently, and leaves many details up to individual companies.

For Williamson, that has resulted in a plan that alters everything from how sets are constructed to how they go about filming the show. In some cases, it's even changing what they're writing in the first place.

"The phrase they've coined now is 'depopulating the set,'" Williamson explained. "How do we mitigate and limit the number of people that you have on set and gathering around each other?"

His plan involves making rooms on set bigger by using "flying" walls — that is, attaching them to motors that pull them up into the ceiling — to help crew maintain social distance while filming. They will also have camera operators work on cranes that keep them farther from actors, and move as many crew members as possible to remote locations, where they can watch the action via monitors.

They are also writing nightclub, concert and crowd scenes out of the show in order to limit physical interaction.

Some 2,000 kilometres away in Winnipeg, producer Kyle Irving of Eagle Vision — the production company behind CBC's Burden of Truth — has been trying to solve the same problem.

Manitoba was the first province to allow filming to resume, with some projects having begun in early June. But Irving said their plans for their return were in place long before that.

"The approach we're taking is proactive," Irving said. "Almost two months ago, we started thinking, what are things going to look like when we get back to it? What kind of changes are we going to make?"

Like Williamson's plan, their changes involve eliminating crowd scenes, putting a cap on working hours and reducing the number of crew on set. Irving's team plans to start using specific "pods" of workers to both lower the total number of people working at any given time and to contain outbreaks if they do happen.

But what is particularly difficult to plan for, say Williamson and Irving, is on-screen intimacy.

Williamson has much the same concerns. While hugging and hand-holding are low-risk enough to be effectively managed, "kissing is going to prove a challenge," as well as anything that becomes "slightly more intimate."

To avoid that, Williamson said they are looking at the possibility of getting actors regularly tested for COVID-19 in order to create "a constant negative status" on set. That will be reinforced by the quarantine required of workers coming from out of the country, who will have to rehearse and prepare for their roles in isolation.

While all of these precautions are necessary, Irving and Williamson expect they'll be difficult to get right, and could slow down production. At the same time, some of the changes may not be temporary and could affect the industry in the long term — something Irving doesn't see as necessarily a bad thing.

"You know, this is an industry where for a very long time people were worked to extreme hours and really challenging conditions," Irving said. "And I think it's overdue for us to reconsider how we have people working in this industry."

A lack of insurance

Even as productions work to protect their employees, there are other hurdles to getting the industry back up and running. 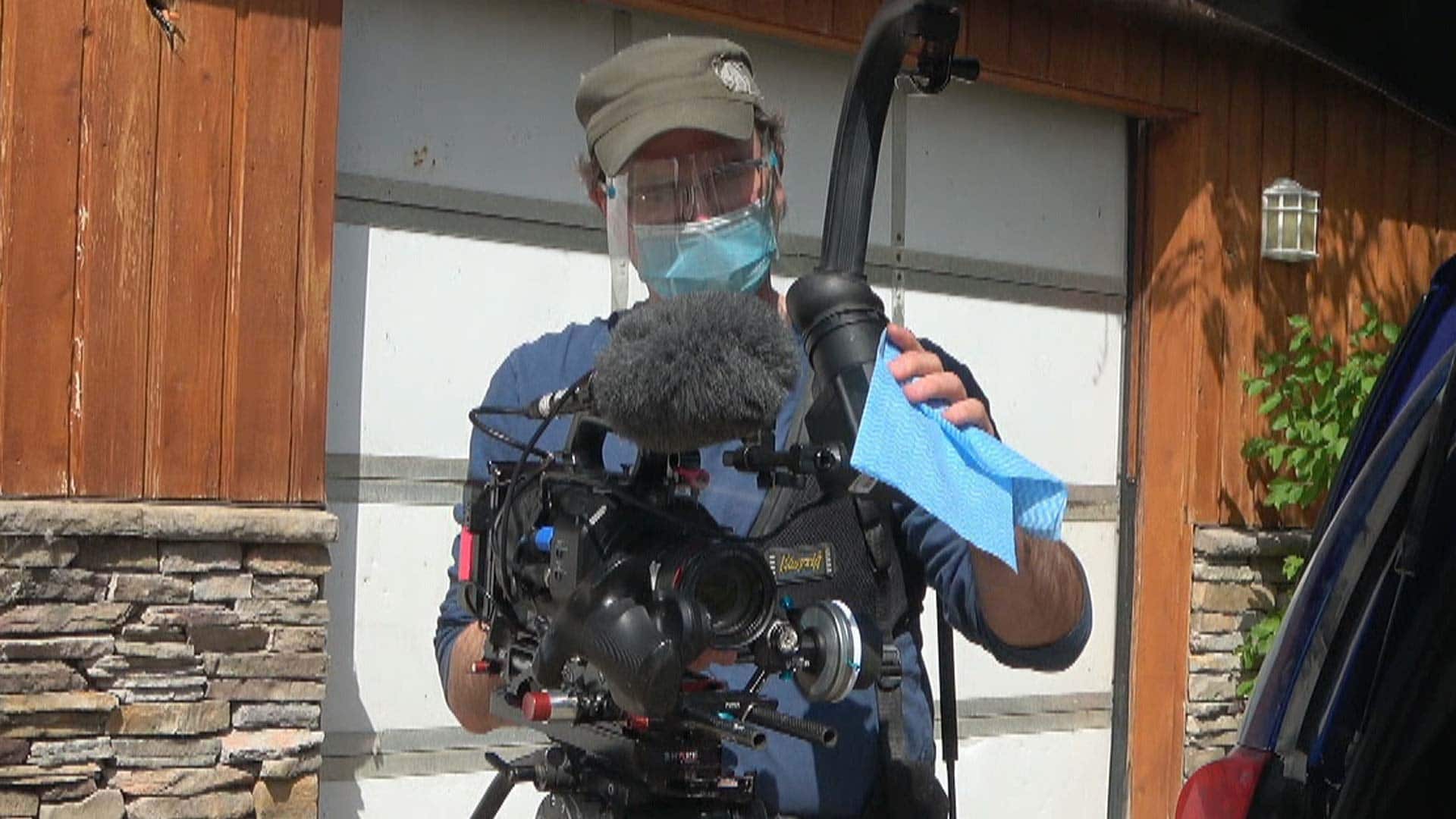 Filming in the age of COVID-19

9 months ago
1:05
Merit Jensen-Carr, president of Merit Motion Pictures, speaks about the changes they’ve had to make in filming their show Dr. Keri: Prairie Vet, as the film industry reopens after COVID-19 shutdowns. 1:05

While most projects that received production insurance prior to the outbreak can proceed, those looking to get plans now can't.

Insurance companies that service the film and television industry are not offering coverage for COVID-caused stoppages. That is an issue, as the risk associated with starting a multi-million dollar project, only to have it shut down by an outbreak, is far too great for productions to take on.

"All of the insurance companies are saying that their policies have COVID exclusions," Jensen-Carr said. "It's going to take a while before we know what they're going to cover."

That's a problem that must be fixed for the film industry to rebound, said Reynolds Mastin, president and CEO of the  Canadian Media Producers Association (CMPA).

"There is absolutely no choice," Mastin said. "A huge chunk of production won't happen without it."

The CMPA recently developed a proposal to be sent to the government of Canada, effectively asking it to act as an underwriter for COVID-19 insurance claims. Producers would pay premiums into a backstop of $100 million put up by the federal government, if the policy sales themselves were not enough to cover claims.

But until that policy is accepted — or another option is given — many productions across the country will remain in limbo, despite all the work that has already gone into bringing the industry back.

With files from Eli Glasner and Nigel Hunt.