How digital de-aging is changing the face of movies

While some believe the technology used in movies like Gemini Man, Captain Marvel and The Irishman to de-age actors opens up new possibilities for shows and films, others worry about the direction CGI is taking us in.

Will Smith, Samuel L. Jackson and Robert De Niro have something in common, and it's not their next project.

Instead, it's wrinkles, and the quickly growing industry that's come along to remove them.

Each of those actors had movies debut in 2019 (Gemini Man, Captain Marvel and The Irishman) that used various technologies to make them look younger, dramatically improving an effect that has only really become convincing in the past 15 years.

The end results were so effective that, even though their critical reception varied, each of those films are front runners in the race for the Oscars' 2020 visual effects award.

And they're far from alone. Just this year, John Goodman was "digitally de-aged" for an entire episode of HBO's The Righteous Gemstones, Stan Lee appeared as his younger self in Avengers: Endgame — with Chris Evans appearing decades older in the same film — and both Terminator: Dark Fate and It: Chapter 2 had their stars appear years younger than they really are.

In all these examples, technology was used to solve either storytelling or logistical problems. Captain Marvel took place in the 1980s, meaning star Samuel L. Jackson had to appear younger than he did in the present day Avengers series, while the child stars of It: Chapter 2 had grown too much since the first film for them to believably play the same characters.

Still, despite its usefulness, the growing prominence of de-aging as a filmmaking tool hasn't come without controversy.

As Hollywood continues to enjoy its ability to recast mega-stars as their younger selves, it has brought fears that younger and less experienced actors are being pushed out.

At the same time, some experts fear the rise of the digital actor could one day threaten the livelihoods of all actors, with the possibility of a movie starring a fully artificial performer potentially just beyond the horizon.

Growth of an industry

Since then, the technology has reached a new level of use as it improved in speed and believability.

"It's the volume of work that's able to be done and the technology being more accessible to more companies," said Patrick David, a visual effects supervisor at Montreal based Rodeo FX, when explaining what has changed in de-aging technology in the past ten years.

"Maybe one company was able to do the de-aging kind of stuff back then, right now it's really something that's more accessible to a lot more filmmakers for different budgets." 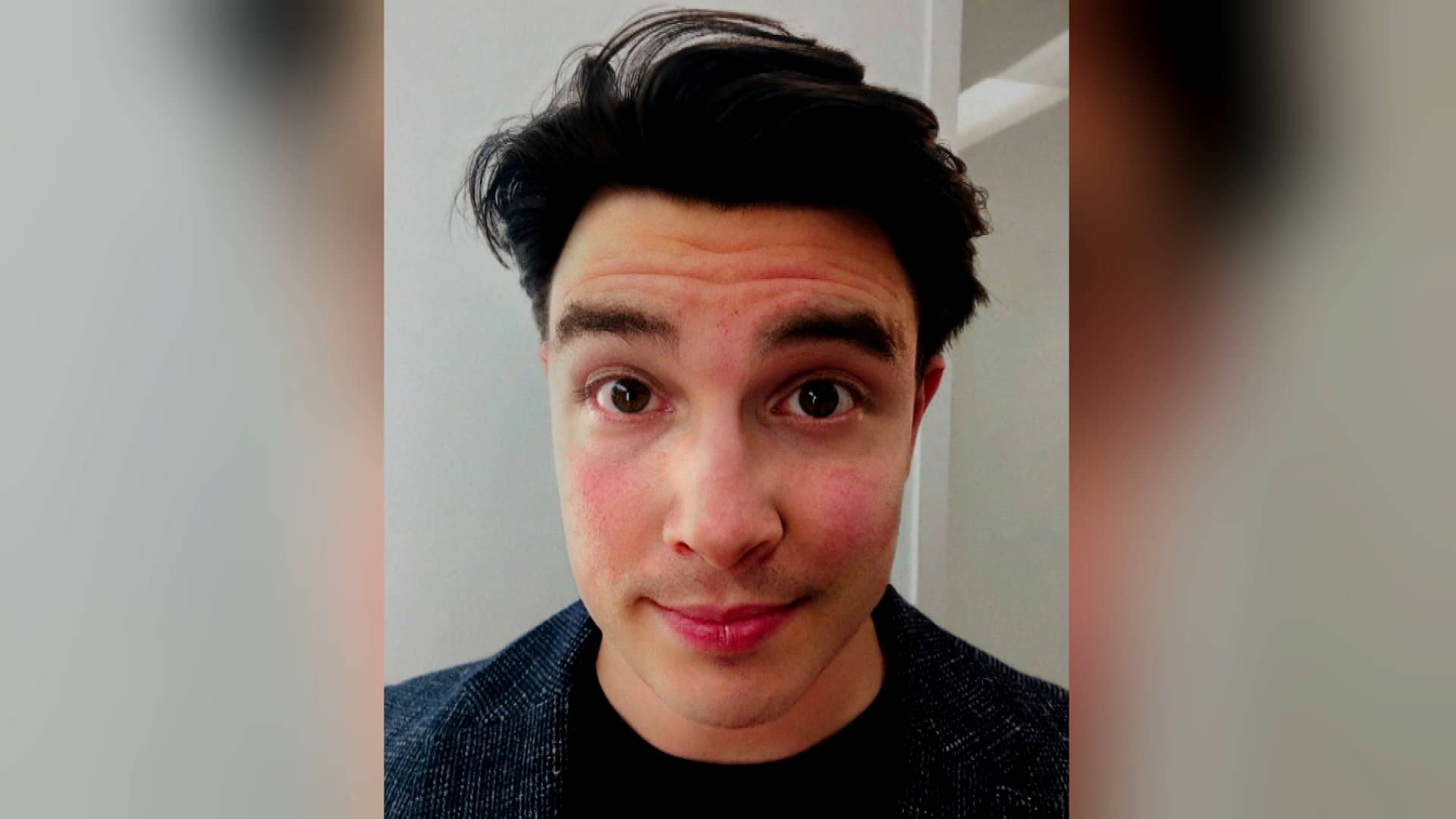 1 year ago
4:52
While exploring the CGI techniques that have brought back younger versions of stars like Will Smith and Martin Scorsese, Eli Glasner gets a digital facelift. 4:52

Growing demand has fundamentally altered how his company operates. Since de-aging actors for the 2011 film Le Bonheur des Autres, he said Rodeo FX has seen an increasing number of calls from others interested in using their actors to play themselves at various ages.

They do this using techniques like "spline warping" — in which designers draw anchors around actors' faces they are then able to drag and adjust — and "body matchmove" — where designers superimpose models over actors' faces.

While it took over a month for Rodeo to use those techniques for a single scene that lasted roughly 30 seconds, newer and faster programs have been developed to make de-aging available for even more filmmakers.

Instead of manually altering John Goodman's appearance for the 30-minute episode on The Righteous Gemstones, visual effects company Gradient Effects used AI-assisted software to speed up the process; Weta Digital opted to construct a completely digital 23-year-old version of Will Smith using archival footage, which was then mapped to his face and body using motion capture in Gemini Man.

Many of these tools are simply more powerful versions of cosmetic ones, used to digitally retouch actors who want to appear slightly more youthful — something David says is nearly universal in the industry — but they go further in what they allow writers, directors and producers to accomplish.

The ability to de-age Smith for Gemini Man brought that production out of development purgatory, where it had festered for decades as studios grappled with how to actually make it.

Meanwhile, Martin Scorsese explained in the Netflix special The Irishman: In Conversation that he decided to take on the project, in part, because it allowed him to work with longtime collaborator Robert De Niro throughout the film, instead of hiring a younger actor who would require more coaching.

As these techniques continue to improve, David believes they could fundamentally change how movies are made.

"Technology is matching up with the stories that storytellers are trying to tell," he said, "and that's what visual effects is all about, helping people tell stories in film."

Not everyone is so comfortable with the arrival of digital de-aging as a normal part of filmmaking.

Sarah Bay-Cheng, dean of York University's School of the Arts, Media, Performance and Design, said the ability to alter the likenesses of older actors, or even reanimate those of deceased ones, poses serious questions for the industry.

"The whole labour side of this, and what it means for actors as performers, it is of course a huge impact," Bay-Cheng explained. "Not just in who gets cast, but does anyone get cast?"

Bay-Cheng believes that the way things are going with digital de-aging advancements, a fully virtual performance — built from either an existing actor's likeness or completely artificially constructed — will occur in her lifetime.

Before that can become a realistic, however, some of the existing hurdles still in the way of de-aging need to be addressed.

These were especially present in The Irishman, Bay-Cheng explained. Aside from the uncanny smoothness of the characters' faces — which partly come from the difficulty of animating individual pores in actors' de-aged faces  — you still can't animate how a person moves, which can become particularly obvious when actors such as 79-year-old De Niro portray 49-year-old characters.

"What was less convincing of course were then the full body shots, where you saw the way in which the characters moved," Bay-Cheng said. "There were in times a kind of a disconnect between what the faces looked like and that kind of convincing nuance of the face and the shadows."

Despite these limitations, and though she believes there will always be a place for realism and "direct human interaction" in film, she said the media landscape has begun to largely shift toward digitally retouched performances being the norm.

Actors, she believes, have to shift their expectations, and "make friends" with technologists, video game creators and others working in similar fields.

"Because those are the new collaborators," Bay-Cheng said. "Those are going to be the teams and the people who are creating the stories of tomorrow."

With files from Eli Glasner and Sharon Wu