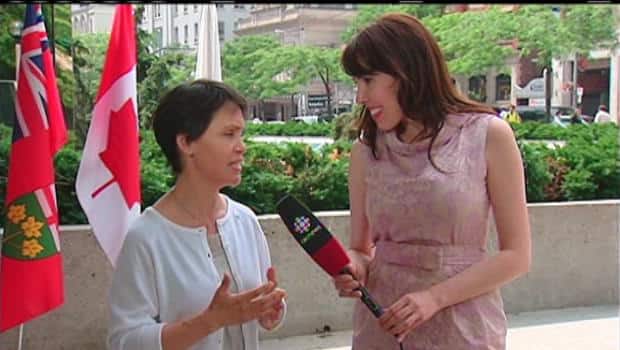 The four musicians, all members of the Order of Canada, will perform at a presentation of Queen Elizabeth II Diamond Jubilee medals to more than 600 people. The special medal was created to mark the 60th anniversary of the Queen's accession to the throne.

Lightfoot, who was inducted into the U.S. Songwriters Hall of Fame last week, was one of several accomplished Canadians who gave Ontario Lt. Gov. David Onley the idea for the gala.

Onley said he put the event together hastily, after presenting the first 25 Diamond Jubilee Medals on Feb. 6, at a gathering that brought together a remarkable group of people, including Lightfoot and Pinsent, he said.

"So many people felt it in the room — It was a totally unique experience — these 25 people. It was almost an emotional experience and people were very touched by it," he told CBC News. "As the day ended, I talked to my private secretary and we just said we have to do this on a larger scale."

The alternative was for the medals to be mailed out or for there to be dozens of small receptions, he said. Roy Thomson Hall turned out to be available and then the ceremony began to fall into place.

"And the next thing that happened was Gordon Lightfoot simply said. 'Well I'll sing' And as soon as that happened, it happened in very rapid order, we knew we had something," Onley told CBC News.

Among the other performers are the Famous People Players.

Onley, Gov. Gen. David Johnson and other prominent Canadians will present the awards. CBC host Peter Mansbridge will host the gala and also receive a medal.

Aglukark, who got the Order of Canada in 2005 and continues to work with aboriginal youth, said the pleasure of the event for her is meeting other interested and engaged Canadians.

"I think events like this, from my point of view, as an artist and from fellow artists I'm going to meet this evening,  it’s really nice to get together," she said.

"You have a different responsibility, almost a different role if you're attending an awards show. That's a lot of fun, but you're really busy. An event like this, you can just be yourself and you are recognized for the collective body of work."

Others receiving medals include: