Broadfoot a trailblazer in the Canadian comedy scene, with Air Farce and in solo shows 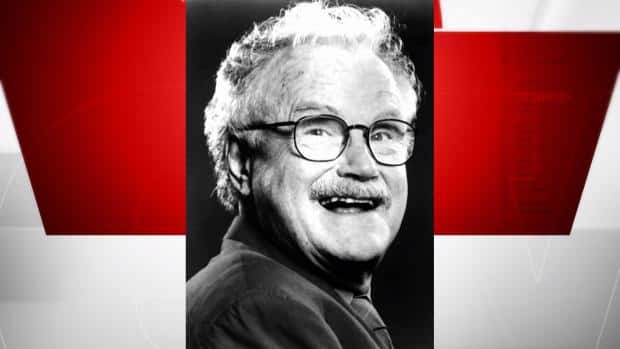 Broadfoot was best known for his time on the long-running comedy show on CBC. Starting in 1973, he appeared on radio and television versions for 15 years in the classic lineup of the show, alongside cast members Roger Abbott, Don Ferguson, Luba Goy and John Morgan.

Among Broadfoot's best-known characters were the Honourable Member for Kicking Horse Pass, Sgt. Renfrew of the RCMP and Big Bobby Clobber, a hockey player who had received too many pucks to the head.

Broadfoot was a fixture on CBC shows long before his tenure on Air Farce, on television with the Big Revue and the Wayne and Shuster Show beginning in the 1950s, and on radio the following decade with Funny You Should Say That.

He was known for an act that blended genial satire, Canadiana-laced content, and an extensive knowledge of political and historical goings-on.

"You tell a Canadian he's apathetic and he'll answer, 'Who cares?" Broadfoot, as the Honourable Member of Kicking Horse Pass, said on CBC's 90 Minutes Live in the late 1970s.

"What is our culture?" Broadfoot asked in his 1995 comedy special. "It's gathering up every useless thing you've acquired throughout your life, putting it on tables on your front lawn and making other people pay for it." 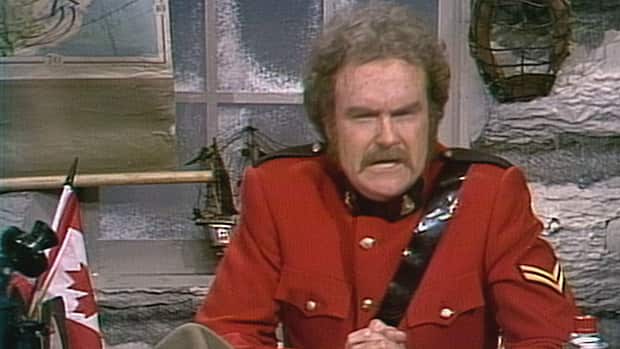 4 years ago
7:33
Dave Broadfoot was much older than other Air Farce members and is remembered as one very funny mentor 7:33

Broadfoot poked fun at all regions of the country with mildly politically incorrect results, praising the peace and quiet one finds in Quebec on Canada Day, and also in an extended riff on Canadian inventiveness.

"Down East in 1846, Abraham Gesner invented kerosene. And the people loved the taste.

"And the kerosene lamp became a symbol of Canadian manhood – it's not very bright. It gets turned down a lot and when needed most, goes out."

Those jokes came from a performer who was a "proud Canadian," Goy said, and when the Air Farce took its act across the country, Broadfoot displayed his extensive knowledge of the cultural scene and best restaurants in each stop due to decades of paying his dues on the road.

Born in Vancouver on Dec. 5, 1925, Broadfoot began hitting stages soon after serving in the navy during the Second World War.

He honed his act in an embryonic Canadian entertainment industry, playing all manner of gigs from coffee shops, restaurants and clubs, producing his own variety-style cabarets or appearing at established festivals like Stratford or the Spring Thaw, the annual revue of performers that ran in Toronto for a quarter century beginning in the late 1960s.

An early highlight was an appearance on the Ed Sullivan Show in New York in 1955.

He laid the groundwork for a future generation of Canadian comedians and performers, bringing shows with such titles as Take a Beaver to Lunch to the people. Upon meeting John Cleese of Monty Python fame in the late 1970s, according to a newspaper account, the British comedian immediately remembered Broadfoot for his Clap Hands show, which had toured England in the early 1960s.

Those efforts as a pioneer were recognized by Canadian Comedy Awards organizers, who named their Comedic Genius award after Broadfoot.

Broadfoot left to Toronto in the mid-1960s to make his professional base in Montreal, inspired by the amount of work as  the city's cultural scene expanded around the time of Expo 67 — which included the CBC show based in the city, Funny You Should Say That — as well as a relationship that led to marriage.

Broadfoot returned to Toronto after gigs dried up in Quebec. He told the Toronto Star in 1974 that the Air Farce opportunity came up just as he was considering taking his talents to the U.S., an unimaginable development in retrospect.

The Air Farce, which had its roots in the earlier troupe The Jest Society, debuted on CBC-TV on Dec. 9, 1973.

Broadfoot was considerably older than the rest of the cast.

Goy said that maturity led to a tireless work ethic that helped the group focus.

"Dave was not a procrastinator," she said. "He would come into the rehearsal all prepared, he would have his material all written and just wanted to get on with it."

Very sorry to learn of the passing of Canadian comic legend <a href="https://twitter.com/hashtag/DaveBroadfoot?src=hash">#DaveBroadfoot</a>. He was a true professional, a gentleman, a deeply funny man

Abbott, Ferguson, Goy and Morgan would perform on the show and its various related specials after Broadfoot's departure up until this century, with the quartet honoured in 2000 on Canada's Walk of Fame.

Abbott would die in 2011, having battled chronic lymphocytic leukemia for over a decade.

After leaving Air Farce, Broadfoot tapped into a more developed Canadian comedy circuit, making appearances at the Just For Laughs festival and on the road at comedy clubs that had sprung up across the country.

He was awarded a pair of Geminis, for his 1998 comedy special, Old Enough To Say What I Want, and two years later for Old Dog, New Tricks.

He published his autobiography, also entitled Old Enough To Say What I Want, in 2002.

Broadfoot was named an officer of the Order of Canada in 1983 and 20 years later was presented with the Governor General's Performing Arts Award.

Information on survivors was not immediately available.

We lost a legend today. Although, we can never really lose someone like Dave Broadfoot. He (and his "friends") are pretty much forever. <a href="https://t.co/iY4WJffZoy">pic.twitter.com/iY4WJffZoy</a>