A joke made on Twitter about the lack of female artists on country radio soon exploded. In response, an Ontario station launched an initiative to include equal airtime for women, in an effort to fix country radio's gender problem.

Brittany Thompson has worked in radio for over 10 years and been a fan of country music her whole life, but thinks they've been fundamentally broken for a long time.

And it only took a few seconds to fix them.

"I spoke to a couple other program directors," Thompson said from the back office of her station, "and really it was just a matter of coming in, and just a few simple clicks of the keyboard."

Those few clicks changed the lineup at her country radio station in Kingston, Ont., and were part of a pledge that ran through the week, starting on Jan. 20.

Pure Country 99, where Thompson is program director, would play an equal number of women and men from 6 a.m. to 6 p.m. every day, revising a pattern that goes back years. 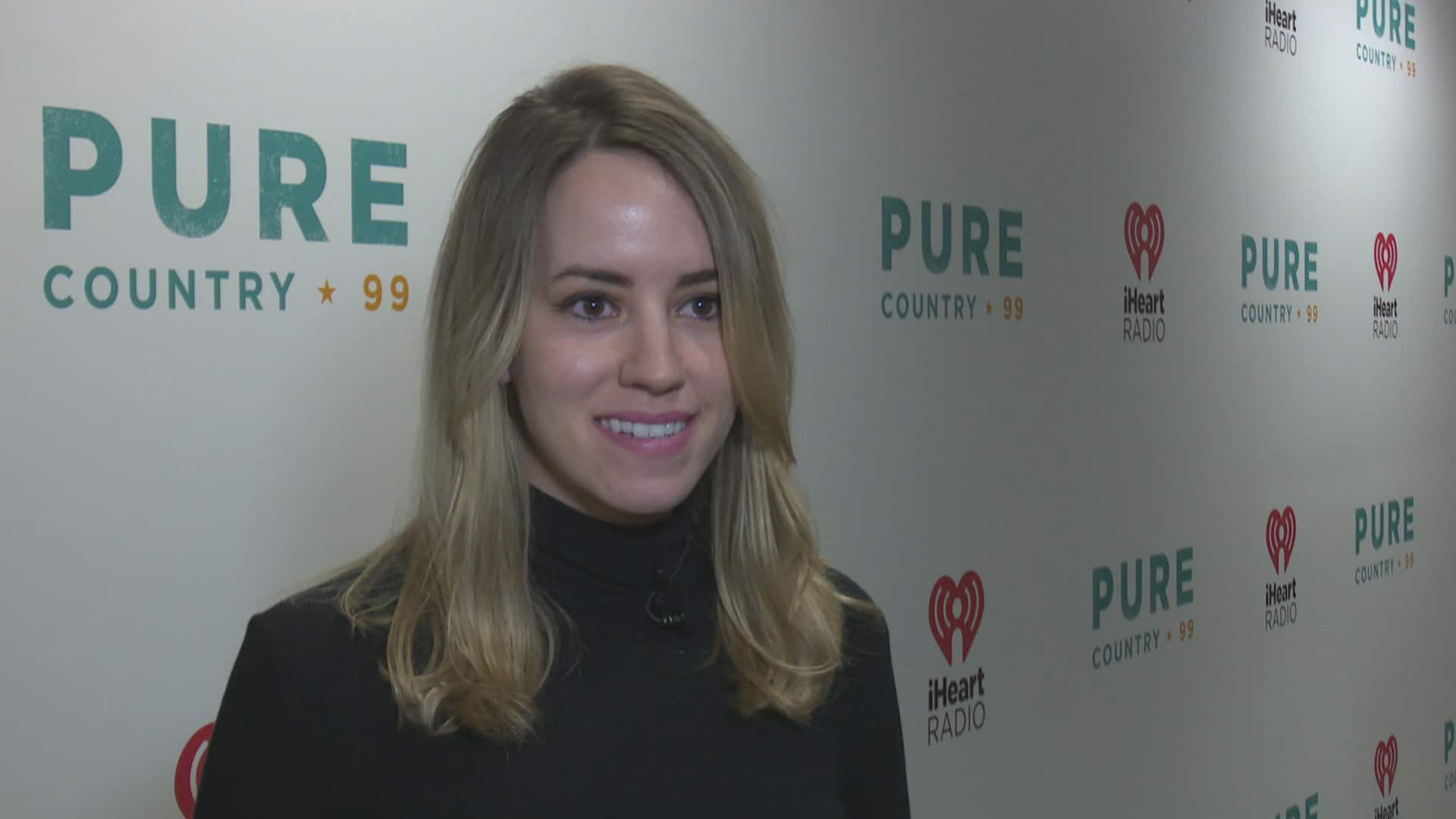 Why a Kingston radio station pledged equal airplay for women

Female country artists are far outplayed on the radio by male artists — in some cases by nearly 10 to one — based on the idea that audiences will turn the dial if they hear too many women.

Thompson explained male performers test better with audiences. She hopes that initiatives like hers can change that mentality.

"We can't change the past," Thompson said. "I believe we just have to start putting more equality into the decisions that we're making for new music, and then once the new music becomes a recurrence ... we're gonna see that there's going to be more women testing better, because they had a fair chance from Day One."

While the issue of women on country radio, Thompson says, has gone back at least as far as the beginning of her career, it recently came to a head when Michigan radio station 98 WKCQ-FM tweeted they "cannot play two females back to back," in response to a Variety writer joking that a different station might be fined for doing just that.

The station's parent company, MacDonald Broadcasting, soon issued a statement saying they had never had such a policy, while listeners posted angry responses online.

Country music stars Kacey Musgraves and Kelsea Ballerini stepped in, with Musgraves tweeting that — despite stations' seeming inability to play women — "they can play 18 dudes who sound exactly the same back to back."

Ballerini argued that it is "incredibly disappointing" that stations are made to follow these rules.

I turned on the 105.1 country station in L.A. just now, and they were playing the new song by Gabby Barrett, and then, without any pause or interruption at all, they went into a Kelsea Ballerini song. Can’t they get fined for that?

The next day, comedian Samantha Bee dedicated a segment of her show Full Frontal to the issue. Soon after, CMT announced they would include equal airplay on CMT and CMT Music channels, and Thompson said she made her change because of the the online responses she witnessed.

Jada Watson, a professor at the University of Ottawa who has studied gender representation in country music, describes the focus on the issue as a turning point.

Watson's 2019 study Gender Representation on Country Format Radio found that in 2000 male to female artists were played at a ratio of 2.1 to one, increasing in 2018 to 9.7 to one. That study was widely cited as evidence of an endemic problem, even if it wasn't exactly surprising to most in the industry.

"I think what surprised me about it was that this individual from radio was so comfortable tweeting that it was a rule that her station had to abide by," Watson said. "Here's somebody from inside radio speaking so very openly about rules that we all believe to be myths."

'We have to do whatever is needed'

Watson said "anecdotal discussions" in the industry around the lack of woman have been significant for years. Canadian country musician George Canyon has observed and discussed the issue for the 29 years he's been a musician and audio engineer.

"I've never really come to the decision, personally, why it's happened," Canyon said. "I think it should be completely about your talent, not about whether you're a man or a woman, it should be your talent, your music, your song, your craft."

"We have to do whatever is needed to make the situation correct."

1 year agoVideo
0:32
Country musician George Canyon says 'we have to do whatever is needed' to eliminate bias against women on country radio. 0:32

Watson says she is "very optimistic" initiatives like Thompson's could be the first step to overhaul country radio, while Thompson is a bit more conservative. She has experienced some pushback — including one U.S. distributor who warned her she was "going down a rabbit hole" that would eventually tank her ratings — but hopes to show other stations what's possible.

"The biggest mission is, don't be afraid of women on country radio," Thompson said.

Jackson Weaver is a multi-platform journalist with CBC Entertainment News. You can reach him at jackson.weaver@cbc.ca, or follow him on Twitter at @jacksonwweaver