Come From Away to close on Broadway in October

The popular and award-winning Canadian musical Come From Away will end its run on Broadway on Oct. 2 after nearly 1,700 performances, the producers announced Wednesday evening.

Award-winning feel-good musical still in production around the world, with upcoming Ottawa shows

The most successful Canadian musical to ever run on Broadway is finally closing.

The popular and award-winning Come From Away will end its run at the Gerald Schoenfeld Theatre on Oct. 2, the producers announced Wednesday evening.

The production, based on real-life stories of people in and around Gander, N.L., who provided food, shelter and comfort to thousands of stranded passengers after the 9/11 terrorist attacks, first opened on the Great White Way in March 2017, with Prime Minister Justin Trudeau and former prime minister Jean Chrétien later attending performances there.

"With a full heart, with thanks to our remarkable company, onstage and off, we will play our final performance on Broadway October 2," the Broadway show's producer, Junkyard Dog Productions, said in a statement. "We hope you are able to join us this summer as we celebrate our final months on Broadway. Join us at The Rock!"

Written by Canadian husband-and-wife David Hein and Irene Sankoff, Come From Away was first workshopped in Oakville, Ont., through Sheridan College's theatre program. It then ran at select North American locations including Toronto before hitting Broadway.

The announced closing date will represent 1,670 shows on Broadway. The production there was nominated for seven Tony Awards in 2017 — winning for best direction of a musical for Christopher Ashley — while it also took home three Drama Desk awards, including for best musical.

Last year, Apple TV+ debuted a filmed version of the production to coincide with the 20th anniversary of the 9/11 terrorist attacks on the World Trade Center. That show took place in May 2021, directed by Ashley and including original Broadway cast members Petrina Bromley, Joel Hatch and Jenn Colella.

The performance is still available on Apple TV.

For the 20th anniversary of 9/11, there was also a free performance of Come From Away at the Lincoln Memorial in Washington, D.C.

Productions around the world

Come From Away has been staged in theatres around the world since its origins, including in Europe, Australia and China. The British production won four Olivier stage awards in 2019.

The show also came home to Newfoundland in 2019. 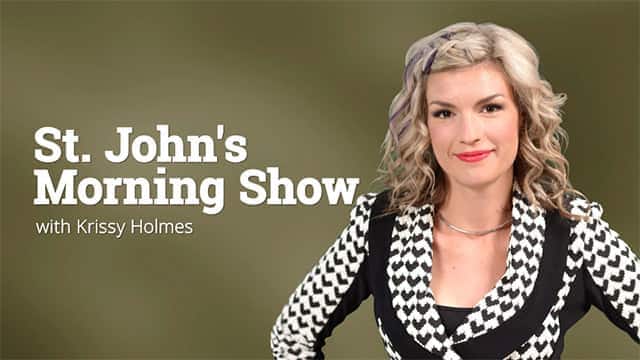 St John's Morning Show9:36Come From Away is coming to a close
Yesterday, we learned Come From Away will end its Broadway run in October. We speak with local musician Bob Hallett, who helped develop the music for the worldwide hit.

Come From Away ran for several years in Toronto's main theatre district at the Royal Alexandra Theatre until Canadian producer Mirvish Productions announced last December it was "bluntly apparent that it would be impossible to continue" given the unpredictability of the coronavirus and its effect on theatre attendance.

The Toronto production had just reopened after a 21-month pandemic hiatus days earlier, but capacity limits made a return economically unfeasible.

It's a reflection of the still ongoing struggles for the theatre industry. Just days ago the American musical Dear Evan Hansen — which beat Come From Away to win the Tony Award in 2017 — announced it will close on Broadway in September.

As for Come From Away, tickets will be available this month for a production to roll out at the National Arts Centre in Ottawa in December, with plans following that for a return to Toronto in 2024, according to promoter Broadway Across Canada.

There had been plans for a film adaptation of Come From Away, written by Hein and Sankoff, although it's not clear if the project will able to get off the ground.