Amid the online tidal wave of #metoo conversations about sexual harassment and assault, Canadian actress Chantal Cousineau used Twitter to share her own experience and soon found herself corresponding with dozens of women.

It started with a simple hashtag.

Cousineau soon found herself corresponding with dozens of women who allege they've had run-ins with Toback, the Oscar-nominated screenwriter of Bugsy and the director of films such as Two Girls and a Guy and The Pick-up Artist.

Her tweets helped spark hundreds of other reports of accusations and caused the union that represents Canadian actors to reopen an investigation its current president concedes may have been lacking when initial reports were made. 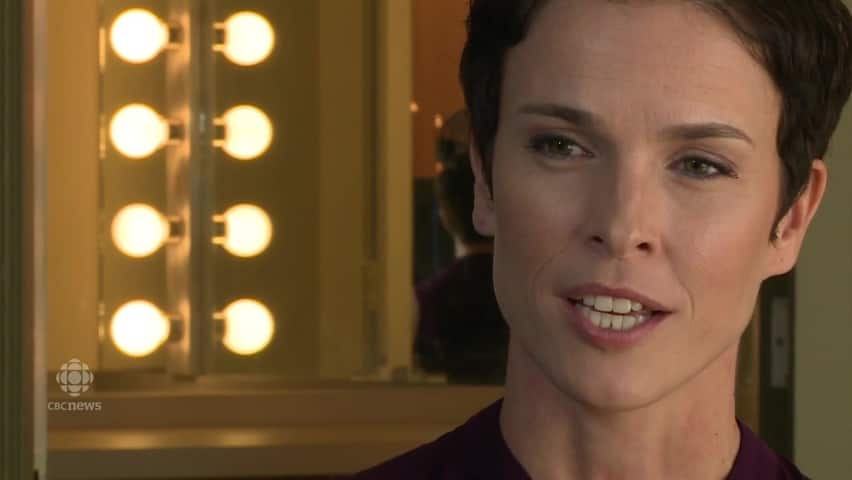 'It was really obvious what was happening:' Chantal Cousineau

3 years ago
0:42
The Canadian actress discusses her experience on the set of the 2001 film Harvard Man. Her allegations have not been proven in court. 0:42

Cousineau, originally from Ottawa, was one of the initial 38 women who came forward with allegations against Toback in a Los Angeles Times report on Oct. 22. That was just the start.

Toback has denied allegations of sexual harassment to the L.A. Times, Vanity Fair and Rolling Stone, and declined to comment further.

'At least you got the job'

Cousineau says she met Toback early in her career, when she was a 19-year-old martial arts champion trying to transition from the modelling world into acting.

Attending an audition for Toback's 2001 film Harvard Man, Cousineau remembered being enthusiastic in discussing the proposed role, while the director repeatedly veered to unrelated, sexual subjects.

When the aspiring actress got up to leave, she said Toback told her: "Calm down, you've got the part."

Cousineau chalked the incident up to simply a bizarre situation and proceeded with the gig.

On her first day of shooting in Toronto, however, as she rehearsed delivering her monologue to the camera, she alleges the director was touching himself. 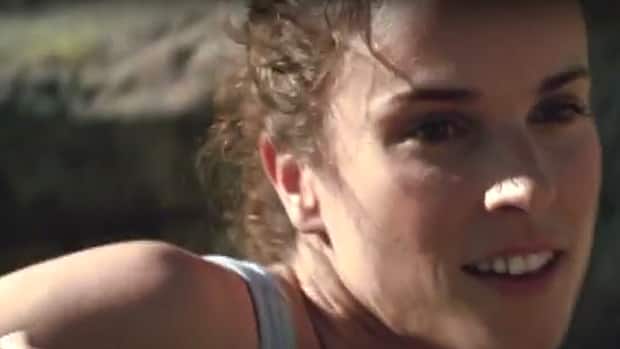 3 years ago
1:24
Canadian actress Chantal Cousineau recounts disclosing her 2001 experience to performers union ACTRA at the time. The allegations have not been proven in court. 1:24

That night, Cousineau said she called Canadian actors union ACTRA to report the incident. The person she spoke to not only guessed who the director was, she says, but also conveyed the union had received multiple written complaints since the beginning of the film's audition period.

"She said: 'I suggest you leave it. At least you got the job. Let someone else fall on the sword.' And that's awful, it's awful when you disclose to someone something horrible that happens, and they're like 'You're the lucky one.' 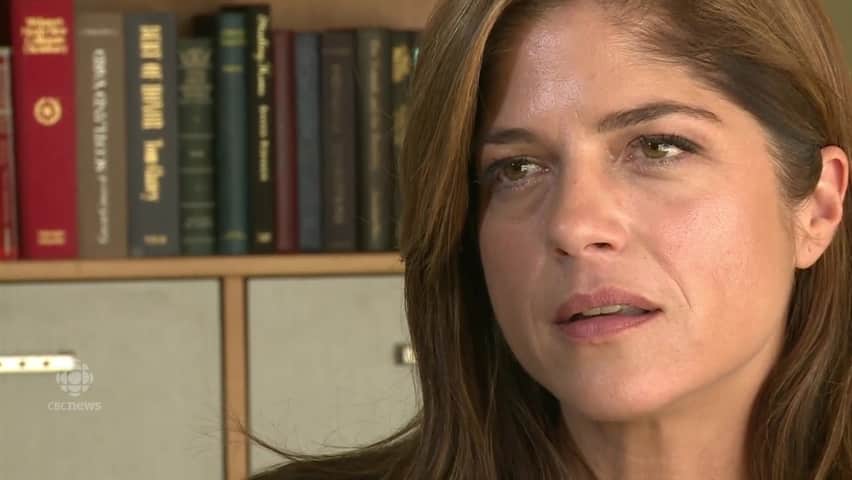 'He doesn't really get us:' Selma Blair

3 years ago
1:03
Selma Blair on looking up James Toback online after many years. 1:03

Current ACTRA Toronto president Theresa Tova expressed dismay at Cousineau's story, adding that her predecessors did what they could at the time. According to Tova, union reps were sent to the Harvard Man set to monitor it after receiving reports about Toback.

"I can't throw James Toback, or my business reps at the time, couldn't throw him off a set.  It was up to his studios and producers," Tova told CBC News, adding that ACTRA is investigating the original 2001 complaints.

"[Cousineau] says that she was told to leave it though? I believe her," Tova said.

"I'm telling you that that does not happen now."

Back on set, Cousineau continued with the production, relieved she wouldn't have to be "a troublemaker" and lose her first role. However, when the shoot moved to Boston, she says she had another disturbing encounter.

Returning to her hotel room one day, Cousineau claims she found him sitting on the couch in the dark, purportedly waiting to discuss script changes. She said he held her copy of the script, which she had placed in her suitcase, on his lap.

"That's the moment I became scared of him," Cousineau said.

Making an excuse, she said she left and didn't stay in, nor visit her room alone, for the remainder of her time in Boston — and made sure to never be alone with him.

Though initially happy that particular film was over, Cousineau later discovered that her experience on Harvard Man had a lingering effect and she ultimately chose to work predominantly on commercials.

"I started having panic attacks whenever I was in a working relationship with casting, directors, producers," she said.

"I had a hard time breathing."

'He doesn't really get us'

At auditions in Los Angeles over the years, Cousineau has discussed her experiences on the Harvard Man set. When asked by producers or casting agents why her work in film is so short, she often recounted her story.

Though some expressed shock at her account, "I never had a surprised reaction," she noted, saying people typically rolled their eyes or shook their head at her story.

Including his name in her recent social media posts was what forged her connection with other women — like Selma Blair, who also encountered Toback while auditioning for Harvard Man.

Blair went online after the Weinstein allegations emerged and, searching for whether Toback was still making movies, discovered a glowing article about him and his latest film The Private Life of a Modern Women.

"I immediately regretted it. I was frightened. I didn't want to be a part of this," she said.

Blair, who chose to remain anonymous in the initial L.A. Times report, but subsequently went public with allegations against Toback in Vanity Fair days later, credits Cousineau and the other women for their support. She also praises Cousineau's efforts to leverage this moment into real change.

Blair accompanied Cousineau to speak to CBC News in late October, in order to reciprocate the support she'd felt from the Canadian performer. Though they had been in contact online and over the phone for several weeks, it was the first time they met in person.

"It was really because of the support of Chantal: speaking to her, her clarity on it, the way she lives her life with purpose and is looking to move things forward in a positive way. It's not coming out of fear or anger. It's coming out of justice and how to make this a watershed moment," said Blair.

In the past few weeks, Cousineau has been in regular contact with various industry unions, including ACTRA in Toronto, to add her voice to efforts to create stronger policies and actions against sexual harassment and assault.

"I do recognize the importance of our union, all of our guilds. I understand the protection they provide and we need to keep that strength and keep that conversation going," Cousineau said.

"These changes are — like in politics — sometimes it's a snail's pace, but it's moving and every step is uplifting to a survivor."

Do you work in the entertainment industry and have a story to share? To send us your tips, please email saman.malik@cbc.ca at The Fifth Estate or call (416) 205-6017.