Black Panther actor Chadwick Boseman has died at age 43 after a four-year fight with colon cancer, a representative has told The Associated Press.

Actor Chadwick Boseman, who played Black icons Jackie Robinson and James Brown before finding fame as the regal Black Panther in the Marvel cinematic universe, died Friday of cancer, his representative said. He was 43.

Boseman died at his home in the Los Angeles area with his wife and family by his side, his publicist Nicki Fioravante told The Associated Press.

Boseman was diagnosed with colon cancer four years ago, his family said in a statement.

"A true fighter, Chadwick persevered through it all, and brought you many of the films you have come to love so much," his family said in the statement.

"From Marshall to Da 5 Bloods, August Wilson's Ma Rainey's Black Bottom and several more — all were filmed during and between countless surgeries and chemotherapy. It was the honour of his career to bring King T'Challa to life in Black Panther."

Boseman had not spoken publicly about his diagnosis. He is survived by his wife and a parent and had no children, Fioravante said.

Born in South Carolina, Boseman graduated from Howard University and had small roles in television before his first star turn in 2013. His striking portrayal of the stoic baseball star Robinson opposite Harrison Ford in 2013's 42 drew attention in Hollywood.

Boseman died on a day that Major League Baseball was celebrating Jackie Robinson day. "His transcendent performance in 42 will stand the test of time and serve as a powerful vehicle to tell Jackie's story to audiences for generations to come," the league wrote in a tweet.

"This is a crushing blow" actor and director Jordan Peele said on Twitter, one of many expressing shock as the news spread across social media.

"This broke me," said actor and writer Issa Rae. 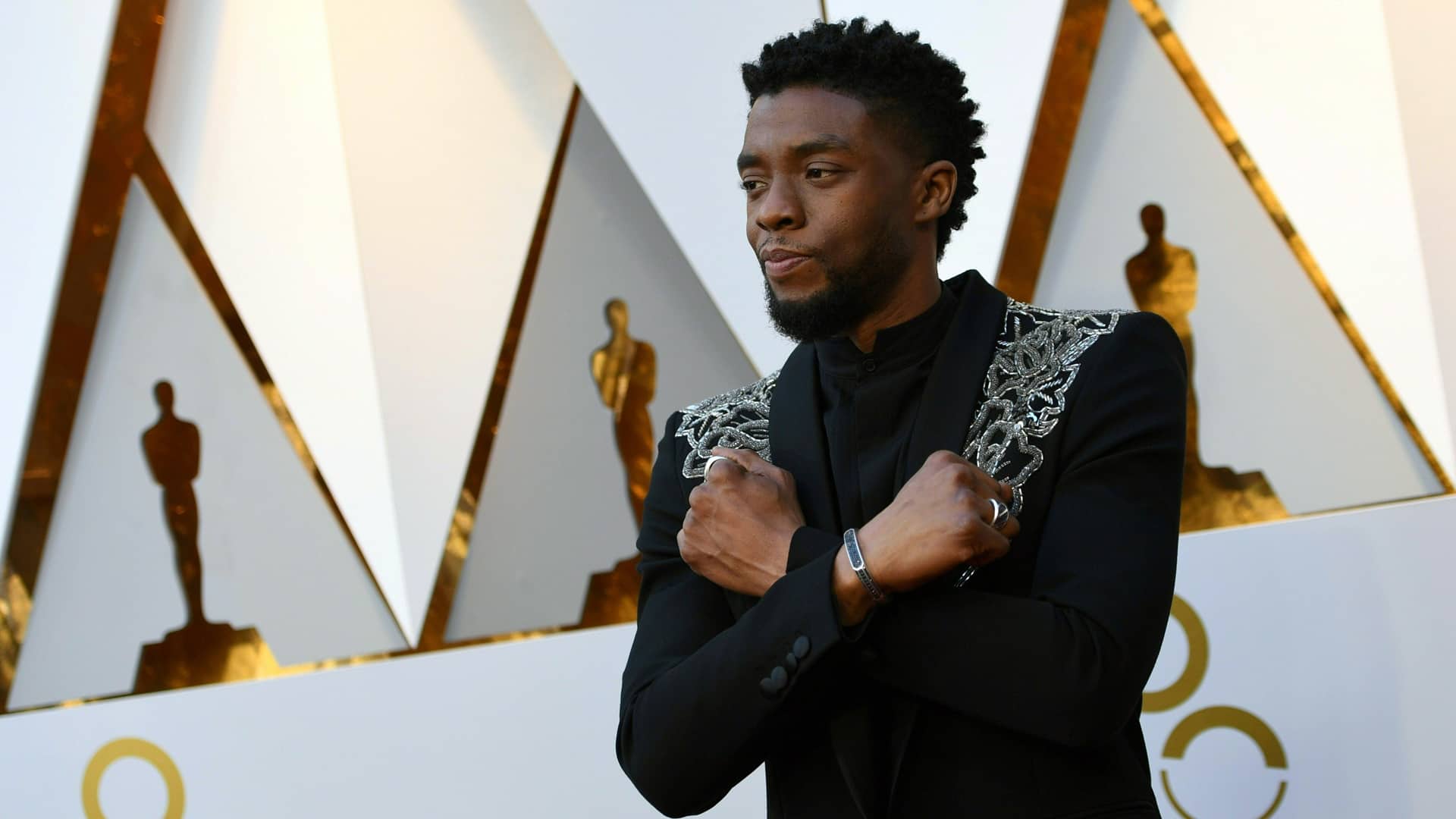 6 months ago
3:24
Actor Chadwick Boseman died at home in Los Angeles surrounded by his family. He leaves behind a legacy through his role as the first major Black superhero, the Black Panther. 3:24

His T'Challa character was first introduced to the blockbuster Marvel movies in 2016's Captain America: Civil War, and his "Wakanda forever" salute reverberated around the world after the release of Black Panther two years ago.

WATCH | Boseman breaks down his approach to Black Panther: 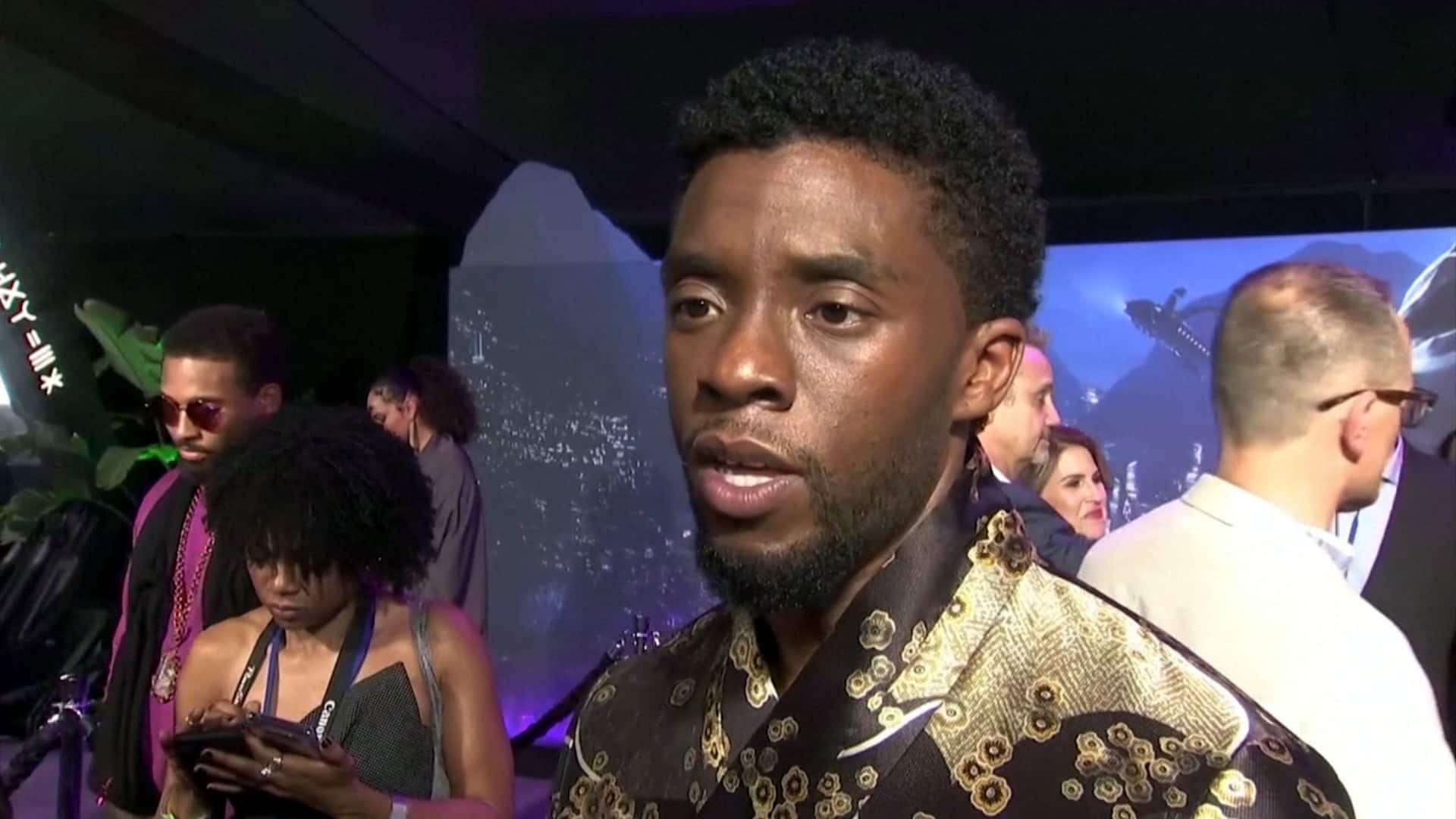 Chadwick Boseman on the impact of Black Panther

6 months ago
0:33
In this clip, the late actor breaks down his approach to acting and his iconic Black Panther role. 0:33

Even at the outset of his Hollywood career, Boseman was clear-eyed about — and even skeptical of — the industry in which he would become an international star.

"The best way to put it is: How often do you see a movie about a Black hero who has a love story — with a Black woman, or any woman for that matter … he has a spirituality. He has an intellect. It's weird to say it, but it doesn't happen that often."

He took on his first producing job in last year's action thriller 21 Bridges, in which he also starred, and was last seen on-screen in Spike Lee's film Da 5 Bloods as the leader of a group of Black soldiers in the Vietnam War.

It took some time for Boseman's moment to come. He first got into theater, acting and writing plays as an undergrad at Howard.

Boseman had roles on TV shows like ABC Family's Lincoln Heights and NBC's Persons Unknown, but before 42 he had only acted in one film, 2008's football drama The Express.

Boseman attracted notice, but missed out on big parts.

"2011 was a rough year," he said. "I was up for everything that was happening that year, really good roles. I would get down to the end and then it would go to someone else."

I keep thinking about my 3-year-old in his Black Panther costume. How he wore it almost every day when he got it, refused to take it off. The way he walked around saying “I’m the Black Panther.” How happy it made him. What Chadwick gave us was immeasurable. What an enormous loss.

Deeply private and often guarded in his public appearances and interviews, he made clear that he understood the significance of his work and its impact on the broader culture.

At the 2019 Screen Actors Guild Award, Black Panther won best ensemble, electrifying the room. Before an auditorium full of actors, Chadwick Boseman stepped to the microphone.

He quoted Nina Simone: "To be young, gifted and black," then put the moment in context.