Burnt out but booming: Canada's TV and film sector plows ahead during the pandemic

The COVID-19 pandemic continues, but the film and TV sector in Canada is booming as cast and crew find new ways of storytelling while staying safe. 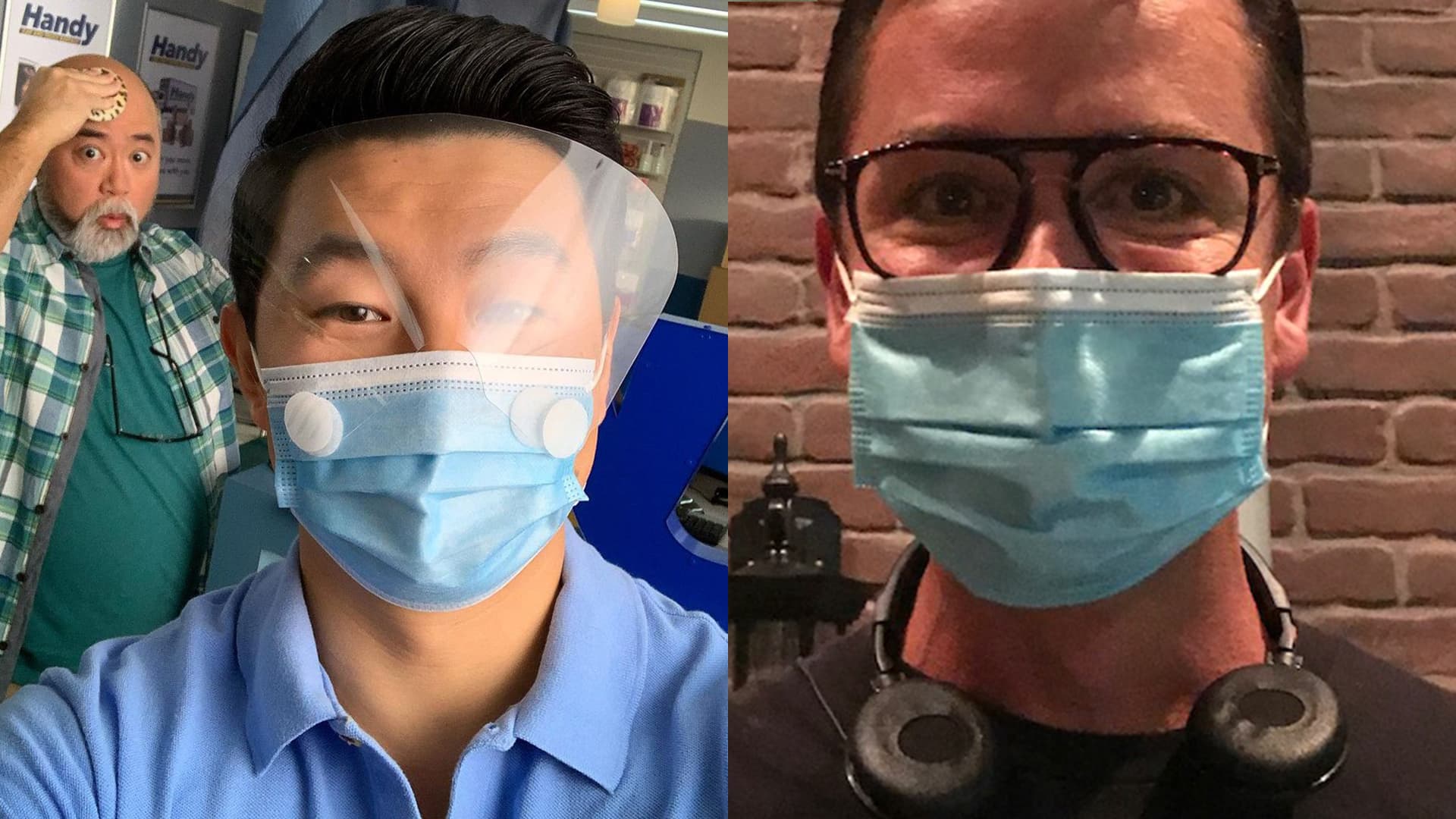 For Debi Drennan, the film business is a family affair. The Toronto-based makeup artist has been working in the industry before the days of The Littlest Hobo. Her sons, Christian and Tyler, followed her into the business, and despite the COVID-19 pandemic, they're all as busy as ever.

Drennan herself was one of the first to return to work after Ontario's first coronavirus lockdown, as part of CBC's Murdoch Mysteries.

She says that with all of the precautions in place, she wasn't worried about safety.

"We're not allowed on the property until we have a correct temperature and we've done a screening. We all had apps on our phone, and we would have to answer those apps every morning."

With surging coronavirus rates shutting down production in parts of California, Canadian crews such as the ones the Drennans worked on are competing with an influx of American productions. In both British Columbia and Ontario, the industry isn't just busy — it's booming.

Virus or not, Drennan and her colleagues in the makeup trailer still had to make the cast look picture perfect. For starters, she procured a high-end UV sterilization machine to prevent cross-contamination.

But applying makeup while wearing masks and face shields turned out to be a challenge. The solution was safety glasses with prescription lenses, which became standard on set.

As both the face of and a director on the 14th season of Murdoch Mysteries, Yannick Bisson says he was all too cognizant of the risks.

"There was pressure, we were going to be one of the first shows out of the gate," he said. "So the potential for failure was there."

Drennan says the cast and crew quickly became accustomed to the new rhythms of work, but what she didn't anticipate was how worn out she would become.

"It's exhausting.... I just felt like halfway through the day, they couldn't call lunch fast enough. I just needed to get in my car, pull my mask off, take my goggles off and just sit."

Headaches were common, and Drennan says she thinks dehydration may have played a role: Taking off all the layers of personal protective equipment for a sip of water or a snack was such an ordeal that the temptation was just to tough it out.

Jason Jallet, a producer from Sudbury, Ont., completed two independent films during the fall and ran into trouble getting makeup and hair trailers, which had already been reserved for foreign productions. "They are all on a lot somewhere held until somebody needed them, so they were being paid for and unused."

Jallet says he was forced to send drivers to Quebec from Sudbury for trailers, costing more time and money. He estimates COVID-19 precautions ate up about five per cent of his already precious budget.

On-screen, life on the CBC sitcom Kim's Convenience looks the same as it did before the pandemic. But behind the scenes, the fifth season was shot under COVID-19 measures that were so strict, even Paul Sun-Hyung Lee, who plays Appa, struggled to adjust.

"I remember really wanting to push back at the absurdity of having to wear a mask because I knew I didn't have COVID and then realizing that I was making life hell for our COVID protocol officer."

Eventually, Lee says, he decided to lean in and embrace the rules. Jean Yoon, who plays his on-screen wife, Umma, says she missed the faces of the crew. "Being in the same building with so many people we've worked with for all these years and not be able to see them."

"Season 1, we were coming in with almost disbelief that we were there… Season 5, it was like, 'we're not gonna let this stop us.'"<br><br>Your official look behind-the-scenes of SEASON 5 🎉 <a href="https://twitter.com/hashtag/OkSeeYou?src=hash&amp;ref_src=twsrc%5Etfw">#OkSeeYou</a> <a href="https://t.co/3vBq8EGidE">pic.twitter.com/3vBq8EGidE</a>

The strain of adapting to the regime of rules was so onerous that Jallet created a new position — a COVID-19 mental health officer — to give his crew someone to vent to. Jallet completed two films in northern Ontario last fall, Boathouse and Delia's Gone, starring Marisa Tomei and Canadian actor Stephan James.

Jallet was also dealing with his own anxiety due to the lack of insurance for COVID-19 outbreaks. While the federal government eventually created a program to act as a backstop for Canadian productions, it wasn't available in time for Jallet, leaving him on the hook for any potential outbreak.

"Every time the phone rang, I was like, 'Is there a COVID incident? Is somebody sick? Are we going to have to shut down?'"

A surge in demand for studio space

While the rush for resources has taxed Canadian productions, it's been a boon for companies offering studio space. Near Toronto's Pearson International Airport, the sound of jets overhead has been replaced by a fleet of film trucks supporting the newest location for TriBro Studios. What was once an airport hangar is now a soundstage, home to an upcoming Paramount production.

In Vancouver, independent producer Mark Miller says he is also seeing a scramble for space, with old warehouses being transformed into soundstages. The producer, who's worked with Great Pacific Media and Thunderbird Entertainment, is  bullish on the future.

"We're preparing for a big boom — actually, we think that once the pandemic comes to an end, there's a lot of pent-up demand for new content."

At the same time, Miller says he's worried who will buy his shows.

Aggressive tax credits and the low dollar continue to make Canada an attractive location to serve American shows, such as Star Trek: Discovery or Chilling Adventures of Sabrina. But Miller says the pandemic is changing the broadcasting landscape here at home.

While COVID-19 has changed how stories are being captured, Yannick Bisson of Murdoch Mysteries says one thing remains the same: "The need for something to watch, the need for content. We want to watch our voices on our screen."

In Ontario alone, there are an estimated 30,000 full-time jobs connected to the film and television sector. But as the pandemic stretches on, choosing whether to work or wait has producer Jason Jallet facing some tough choices.

"Do we go come up here to northern Ontario to make films? So if I'm bringing actors up from Toronto on a weekly basis to be on screen, am I putting my community here in northern Ontario at risk?"

Eli Glasner is the senior entertainment reporter and screentime columnist for CBC News. Covering culture has taken him from the northern tip of Moosonee Ontario to the Oscars red carpet and beyond.