A sweeping new report on Canada's broadcasting and telecommunications sector is calling for widespread regulatory reform — including mandated Canadian content on streaming services and an ad-free CBC.

Heritage minister has said legislation could be coming within the year

A sweeping new report on Canada's broadcasting and telecommunications sector is calling for widespread regulatory reform — including mandated Canadian content on streaming services and an ad-free CBC.

The report, commissioned by the federal government and released today, was drafted by a seven-member panel led by Janet Yale, a broadcasting and telecommunications industry veteran.

In 2018, the panel was tasked with reviewing federal legislation dealing with broadcasting and telecommunications, along with the CBC and the Canadian Radio-television and Telecommunications Commission (CRTC). The panel gathered submissions from more than 2,000 stakeholders, public and private broadcasters, and tech giants such as Google and Netflix.

The panel's task was to suggest updates to regulations drafted before the age of dial-up. Its report recommends, among other things:

The panel said that "significant disparities" remain between high speed broadband access in urban areas and in rural regions.

"The longer that these gaps continue, the further behind those living in northern and remote geographies become in terms of the communications infrastructure required to flourish in the 21st century," the report said. "The question is one of nation-building."

Watch: Members of the independent panel discuss their report and take questions 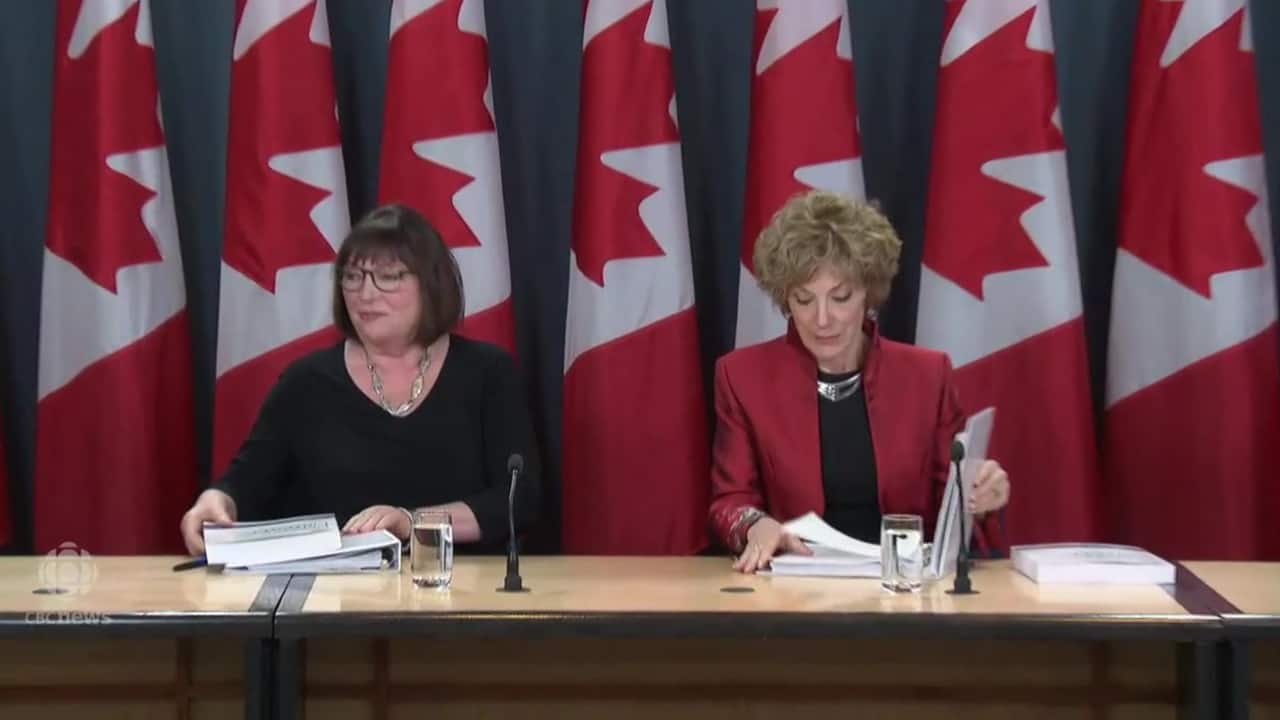 12 months agoVideo
58:41
The full news conference by the Broadcasting and Telecommunications Legislative Review Panel after issuing it's final report with recommendations to the government. 58:41

One of the most contentious questions facing the panel was whether to bring foreign streaming services, such as Netflix and Amazon Prime, under the Canadian regulatory umbrella.

While streaming services are increasingly popular with Canadians, they don't have to obey the regulatory requirements imposed on traditional Canadian broadcasters — such as meeting Canadian content quotas and paying into the Canada Media Fund, which finances and supports the creation of Canadian media content.

The panel report calls on the federal government to require streaming services "to devote a portion of their program budgets to Canadian programs."

Netflix objects to the idea of paying into the Canada Media fund. In its submission to the panel, the streaming giant argues that since it's a foreign company, it can't draw on the fund to to produce Canadian content for its service.

"The Panel should consider carefully the merits and implications, from a public policy perspective, of drawing foreign, global, online services into what was designed to be a domestic closed-circle of support," Netflix's submission to the panel said.

Netflix also takes issue with the way Canadian content is classified. It cites the show Travelers, which it said started out as a joint production with Canadian broadcasters and qualified as Canadian content — but once Netflix took over the show on its own, the production no longer met that standard.

"We all have a role to play in supporting the future of film and television being created in Canada," a spokesperson for Netflix said today. "We look forward to working with the government as it proceeds to modernize Canada's broadcasting and telecommunications laws. The local industry is flourishing; we will continue investing in made-in-Canada productions and stories, bringing them to the world."

Past federal governments have resisted calls to apply consumption taxes to foreign streaming services. The report insists it is "not recommending that Canadian content be supported by the so-called Netflix Tax."

Instead, it suggests forcing streaming services themselves to "invest in Canadian programming that they believe will attract and appeal to Canadians."

The goal, according to the panel, would be to support Canadian cultural policy objectives without causing subscription rates to rise.

"It's not necessarily the case that this is going to increase their program budgets. What we're saying is that a portion of those program budgets, which are significant, must qualify as Canadian," Yale said. "We do not think that this is something that would be passed on to consumers or result in higher prices." 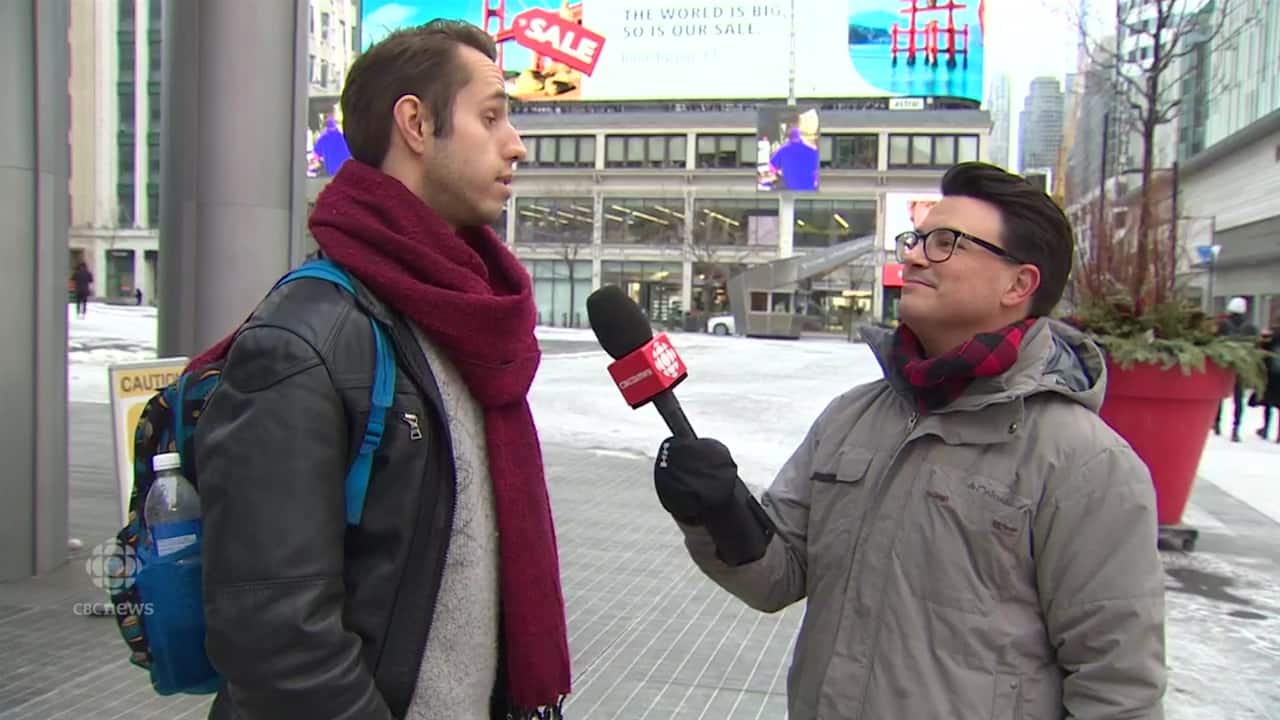 Would you pay Netflix more if it boosted Canadian content?

Enforcing Cancon in the age of the algorithm

The report also addresses the issue of "discoverability" — the challenge of regulating Canadian content in a media market where streaming customers' viewing choices are guided by algorithms. In its submission to the panel, Netflix argued that since streaming consumers "choose what they want to watch and simply bypass content that doesn't interest them," Cancon quotas imposed on streaming services "would merely encourage spending on quantity over quality to meet an arbitrary number."

The report recommends enforcing discoverability obligations to ensure Canadian streaming content is visible and easy to find. It also wants to compel streaming services to open their algorithms to audits.

But enforcing the display of Canadian content on streaming home pages or in search results could be seen as interfering with the company's relationship with consumers.

Netflix has argued that such an approach would be "anti-consumer" and counterproductive — that if algorithms were changed to push Canadian content "that members won't watch," viewer feedback would hurt those products.

Beyond major structural changes, such as combining the Canada Media Fund and Telefilm Canada into a new entity, the panel also envisions a new role for the CBC.

This new "public media institution" would have a renewed focus on reflecting national, regional, local and Indigenous communities to audiences. To do so, the report recommends the federal government enter into five-year funding commitments with CBC while eliminating all advertising from the service, beginning with news content.

From remaking the Broadcasting Act (last assented to by Parliament in 1991) to rebranding the CRTC as the Canadian Communications Commission, the report proposes some major changes to the media regulatory landscape.

One of those changes would expand the role of the CRTC to give it a mandate to conduct market research and publish reports on all aspects of the communications industries it regulates.

The CRTC currently does not have the authority to collect information from all the service providers active in Canada. To fulfil that expanded role, said the report, the commission should be given expanded authority, including investigative powers, through amendments to the Broadcasting Act.

But according to Heritage Minister Steven Guilbeault, the minority government wants to table a bill within the first year of its mandate.

"We probably have months to reform the CRTC [in a process] that would normally [take] years," Guilbeault told the telecom and media news site Cartt earlier this month. "So our hope is to table a bill in the coming months based on the Yale report." 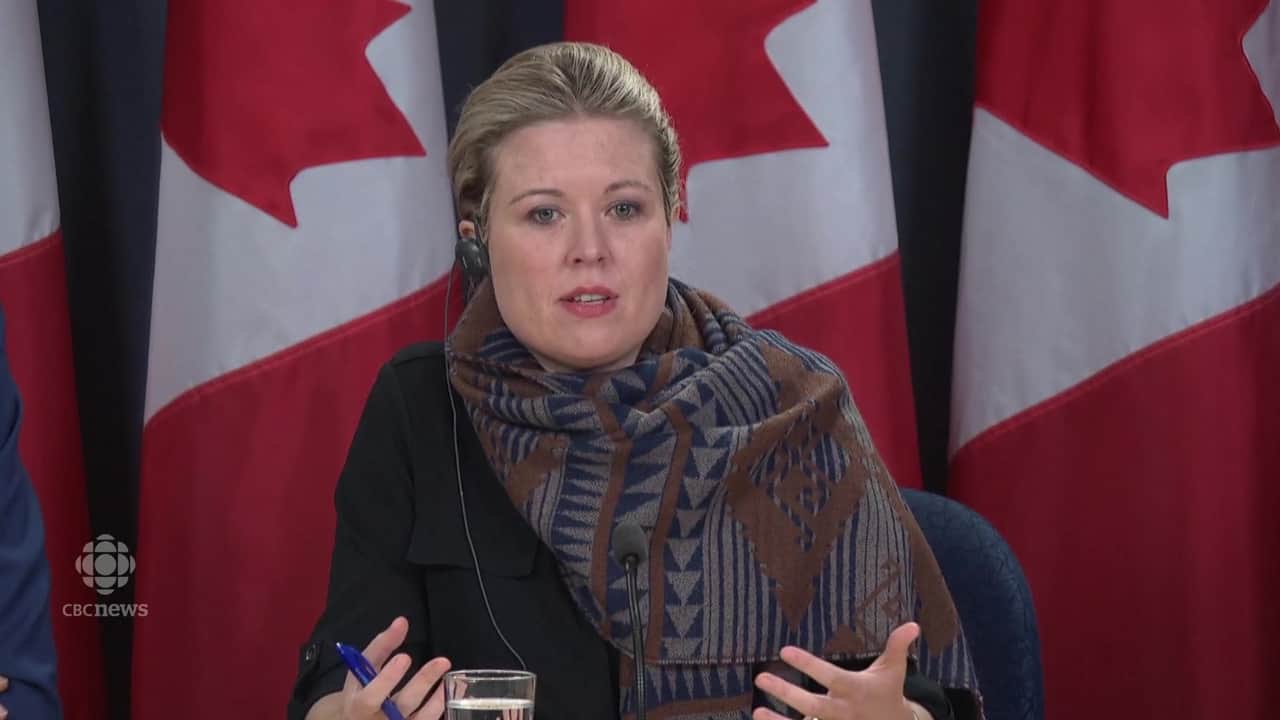 12 months agoVideo
3:48
Conservative MP Michelle Rempel Garner responds the Broadcasting and Telecommunications Legislative Review, and on the need to level the field between companies like Netflix and other broadcasters. 3:48

The Conservatives say the report's recommendations don't go far enough in reshaping the industry for the future.

"This report is a carefully crafted piece of work designed to give cover to upholding the status quo, not to disrupting it," said Conservative MP Michelle Rempel Garner.

"Our industry is not competitive. We're taking a new tack this Parliament. We're not getting pulled into the conversations that the lobbyists around this want us to have. We're saying that the system needs broader disruption and that's what we intend to do."